A few weeks ago I was in San Francisco to attend GraphConnect SF 2016, an event thrown by the folks at Neo4j, who are responsible for the graph database that we use at Uprising Technology. I consider graph databases to be a revolutionary advancement beyond a traditional relational database, and the perfect database technology for an application like the one we have on the Uprising Platform: connecting information about people from many different sources, to provide a holistic view. I definitely will be writing a different blog post about how we do so; this one is just about the conference itself. 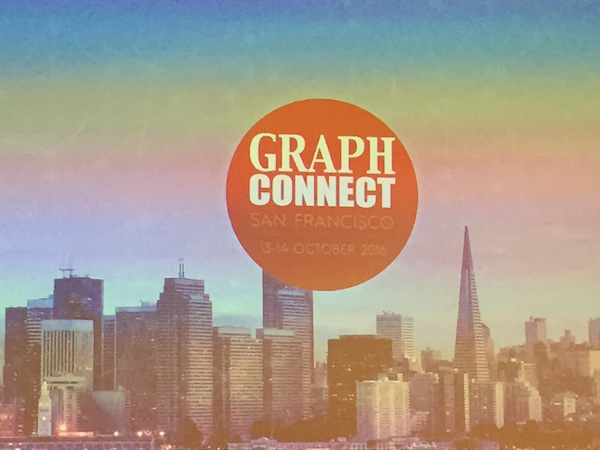 Graph database technology has been around for a while, but it is still in its “early adoption” phase for real-world commercial applications. Traditional SQL relational databases have been dominant for several decades, and there is tremendous embedded knowledge about them among developers and database administrators, which translates into inertia in adopting a new database technology. I think it will take 10 to 20 years for graph databases to realize their full potential. So the graph database community in 2016 is small but growing. Neo4j’s CEO Emil Efrem, who gave an informative and impassioned opening keynote, claimed there were only 200 attendees at GraphConnect four years ago, versus 1300 at this year’s event. It was great to be around other “graphistas” and learn how others are applying the technology, as well as pick up tips on how best to use it.

Even though we’ve not been speaking much with the folks at Neo4j, I was very encouraged to see their roadmap and especially what is coming in the next major release - it’s almost as though they’ve been listening intently to us, which means we aren’t the only ones trying to push their database into a more central role. They’ve redone their clustering approach and abstracted the details away from the driver, to make it easier to write once to the cluster and have the write propagate throughout the cluster. They are also adding some additional security and multi-tenant features in the future, which will allow us to extend the way we use Neo4j today. Nice!

I also picked up some great quotes from some of the speakers, which included Mark Kvamme of Drive Capital - it’s reassuring to see a venture capitalist who is passionate about graph databases and is betting time and money on it. Some quotes from the speakers:

“Relational databases are awful at relationships; after about three joins you’re dead in the water”

“Graph databases are just pointers, and computers are built to follow pointers, fast”

“If you can draw it on a whiteboard, you can graph it” 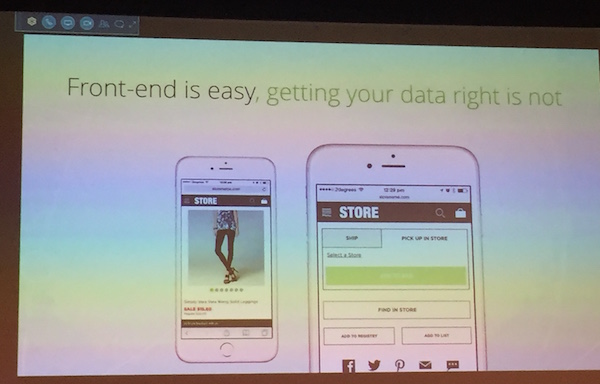 Not sure how much I agree with this...front end has its challenges too

Being in a startup, where we’re incredibly focused on our own product and customers, it’s all too easy to get trapped in a bubble of your own creation. It’s healthy, from a mental and an educational perspective, to step outside the bubble on occasion and mingle with other technologists. I also got to “sharpen the saw” for a day by taking a class on deploying Neo4j to production, which provided some good learning and tips. All in all it was an invigorating and motivating two days. 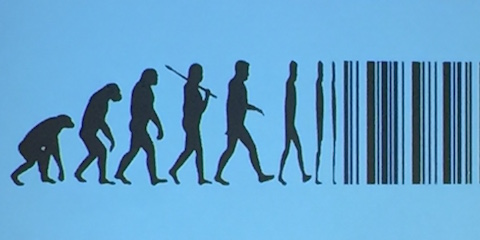 Where we're headed, quite possibly

Impressions of San Francisco in 2016:

This was my first time in San Francisco in a few years. All American cities have a contrast between the wealthy and the poor, but in San Francisco that contrast is magnified. It’s a highly enjoyable place to spend money, and yet there are many people with very little money to spend (the climate and the tolerant attitude mean there are more homeless than in a city like Chicago). It’s a city with a smaller middle class than just about any other American city. While the public transportation system has improved in one way (you can take BART from SFO all the way up the west side and down the east side of the bay), the BART cars I rode were beat up. When walking the streets of San Francisco, in places you wouldn’t expect, your senses tell you that there must be a severe lack of public restrooms, or residents that can remain vertical long enough to find them. San Francisco has its problems; it perhaps would be the best setting for a modern day American “A Tale of Two Cities”.