tl;dr: Both are man-made, which means in theory they could be fixed...

Don’t get me wrong: I love Oregon. The state’s beauty is diverse and unsurpassed: the coastal mountains tumbling into the Pacific; the massive sand dunes on Oregon's southern coast; the deep blue of Crater Lake; the multiple snow-capped volcanoes of the Cascade range; the majesty of the Columbia and Snake River Gorges; the painted hills of eastern Oregon; the starkness of the high desert plains; and the lushness of the Willamette Valley, one of the most fertile areas on Earth. Recreational opportunities abound: Mt. Hood is a short drive from Portland, as is the Pacific coast; Mt. Bachelor is an underrated gem of a ski area that stays open into May; and there are great places for almost any outdoor activity, from skiing to biking to hiking to fishing to rafting to rock climbing to you name it. Shortly after college I moved myself to Oregon because it was where I wanted to be. As long as you can tolerate the dark, drizzly rainy season in the western part of the state, it’s a great place to live. 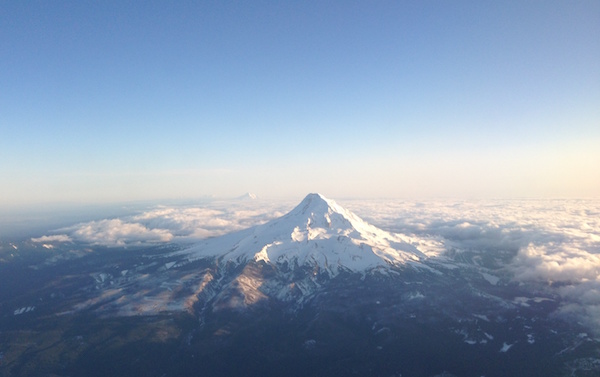 Mt. Hood, viewed from the north

Yet for all these advantages, Oregon is actually a poorer-than-average state, and is measurably poorer than its neighbors to the north (Washington) and south (California). The numbers bounce around a bit from year to year, but Oregon pretty consistently ranks in the third or fourth quintile among states for median household income. A quick Google search shows Oregon in 29th place for median household income in 2014, with California in 3rd place and Washington in 12th place. Oregon’s median household income is actually slightly closer to the bottom-ranked state, Mississippi, than it is to the state most similar to it in geography and climate, Washington.

Why is this so, when Oregon would appear to share the same geographical blessings as Washington? I believe the reasons are man-made, in particular two major decisions made long ago and not likely to change anytime soon.

1. No major research university in the state’s main population center of Portland

Oregon’s two major public universities, the University of Oregon and Oregon State University, were both placed in smaller cities (Eugene and Corvallis, respectively) more than an hour’s drive from Portland, and too far away to be part of the Portland economy and business community. As the U.S. continues to shift more to an information-based economy, this deficiency becomes even more damaging. Portland does have Reed College, a top-ranked liberal arts college that Steve Jobs attended before dropping out and moving back to the Bay area, but Reed is small and specializes mostly in educating the next generation of professors for academia. Washington did put one of its two major public universities, Washington State, in the far eastern part of the state, but the University of Washington is in Seattle, providing a steady stream of graduates and ideas and collaboration possibilities to the Seattle business community. California has UC-Berkeley and Stanford in the Bay area, which have contributed immensely to the rise of Silicon Valley; Los Angeles has UCLA and USC; and San Diego has UCSD, which has helped spawn the tech scene in that city (Qualcomm was founded by UCSD EE professor Irwin Jacobs).

Oregon and Washington are an enlightening case study in the impact of tax structures: Oregon has an income tax but no sales tax, while Washington is the exact opposite. Oregon’s 9% income tax rate kicks in at fairly low levels, and tops out at 9.9%. Meanwhile Washington somehow survives on a state and local sales tax rate of 8.89%, which is an even starker difference when you realize that income tax applies to just about every dollar earned, whereas a sales tax doesn’t apply to every dollar spent. Major purchases such as a house, college tuition, and health insurance, are exempt from sales tax.

Putting aside the moral debate about what “should” be taxed and what is “fairer” to tax, production or consumption, I do think history shows that Washington’s tax structure is more inducing to entrepreneurial activity and the creation of new businesses. By putting one’s start-up in Washington, entrepreneurs and their fellow owners and employees get to keep a greater share of the eventual profits of the business and the wages paid by the company. Washington has a significant lead on Oregon in major companies founded over the past several decades, with Microsoft, Amazon, and Starbucks all growing from humble beginnings in the Seattle area to world-class companies. Oregon has just one billion-dollar homegrown success story: Nike, founded by Phil Knight. There are other reasons why Washington leads Oregon in major startup successes, but I do think the opposite tax structures have a major effect. 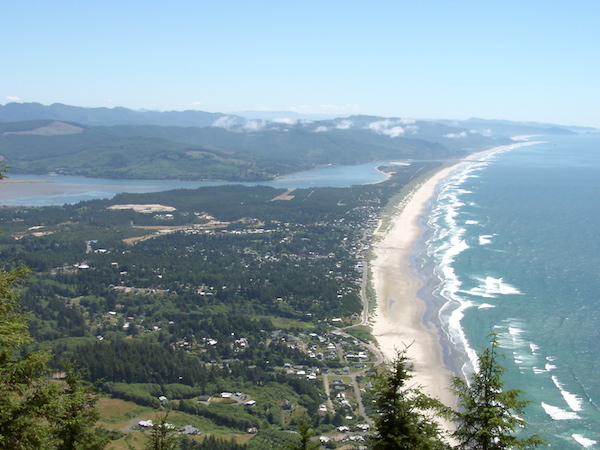 The beach town of Manzanita, looking south along the coast

Many people I’ve spoken with over the years, both while living in Oregon and while not, cite a third fundamental flaw: an "Oregon attitude” that values quality of life over working hard in an attempt to amass as much personal gain as possible. It is hard to measure both whether that attitude actually exists, and if it does, what the effects of that attitude might be. Even if it does exist, that attitude may not be a cause of the economic differences between Oregon and Washington; it may just be a rationalization.

I do think that, if Oregon could find some way to muster the immense political will necessary to change the two fundamental flaws described above, the economic fortunes of the state would improve. But even though the university system and the tax structure are man-made institutions, not functions of geography, once put in place they are extremely hard to change.