tl;dr: Epic science fiction tale about the survival of humanity and life on Earth...

Neal Stephenson’s latest epic, Seveneves, is so good that it presents me with a quandary: do I now have to replace Cryptonomicon with Seveneves as my favorite Stephenson book? I’ll have to ponder that a while longer…Cryptonomicon deals with a subject very important to me personally, namely high tech startups, but Seveneves deals with what might be the ultimate subject matter, the continued survival of the human race. 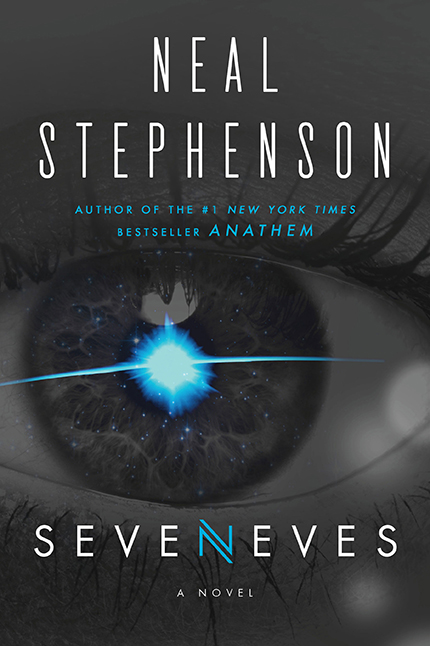 I’ll try to reveal as little as possible about the storyline of Seveneves. The plot is an 867-page amusement park thrill ride that keeps the pages flying by in a blur, and that ride should be appreciated by the reader, not spoiled by me. Suffice it to say that mankind faces an existential threat, with a little bit of warning, in the very near future (just read the first four words of the book to learn what it is). Using the technology that mostly exists today, mankind has to plan and execute a survival strategy for itself and all life on earth. This is not only the toughest technical problem mankind has ever faced, but also the toughest social and political problem.

Stephenson has a true passion for technology and dives deep into a large variety of subject areas in order to imbue Seveneves with as much technological credibility as possible. Included among these topics are: spacecraft, orbital mechanics, life support systems, alternative means of getting into orbit, futuristic large-scale structures in orbit, asteroid mining, genetic engineering, communications systems, and even what weaponry and fighting techniques would work best in zero gravity. Stephenson adeptly works these technologies into his storyline, and presents plausible scenarios for how these technologies would be both used and misused.

Getting the technology right is a skill other science fiction writers have; what makes Stephenson an elite science fiction writer are the characters he creates. Stephenson continues his tradition of portraying strong female lead characters; if you haven’t yet deciphered the title, stare at it a bit and you will realize that Seveneves has multiple strong female leads. Stephenson also understands that technology, while critically important, is but one element of the human experience. Human needs and foibles, as expressed in social norms, organizations, culture, and the political realm, also play major roles in the future direction of mankind.

I read Seveneves during the aftermath of the 2016 presidential election, which filled up my Twitter feed with people voicing concerns and fears about the future. “Read Seveneves”, I felt like telling folks, “and you’ll see that things could be worse. 😉” The strongest force in existence may be the life force, with its incredible desire to survive and propagate the species. It’s survived a lot of bad situations over the past billion or so years. I think we’ll survive the next four years here in the United States.

I highly recommend Seveneves if you have any desire at all to read a thrilling, hard-core, science fiction book.