Why I am a drone skeptic

tl;dr: Camera drones have their uses, but what goes up must come down...

Having already declared myself a smartwatch skeptic, it's time to go on record about drones.

I have a favorite (somewhat glib) response when someone asks me if something can be done: “Sure, as long as it doesn’t violate the laws of physics.” This response completely ignores the laws of economics and the amount of time and resources required to accomplish the desired goal, but it does state the boundary of what is possible in the known universe.

Drones don’t violate the laws of physics, but the laws of physics (namely, gravitational attraction) present a fundamental challenge for drones. In order to fly, a drone must exert a continuous force against gravity and against all the other forces that may affect the drone: wind, precipitation, and other objects. If the drone ever fails to exert force, gravity takes over and the drone plummets to earth, making contact with whatever is in the path of its fall. This is a severe failure mode for any system: imagine a software program crashing and it resulting in the computer running the program falling from the sky. There are many possible failure modes for drones: batteries can become depleted or fail outright, circuitry can short out, motors can jam, communication paths can become interrupted, other objects can damage the drone, and of course software can have errors. All of these failure modes can be fatal for drones and anything between them and planet Earth at the moment of failure. 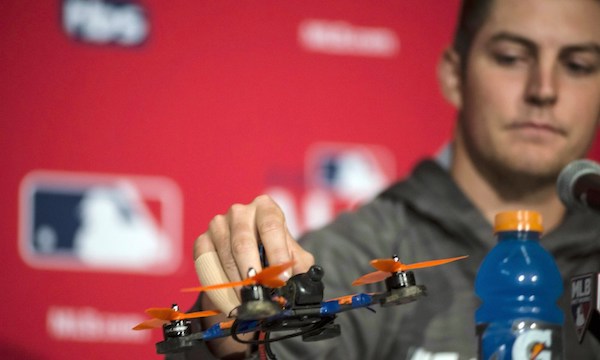 Drones are in the “peak of inflated expectations” phase of the Gartner hype cycle right now. There’s a lot of startup and venture capitalist interest in drones. Companies are pursuing drones for many applications, including toys, hobbies, cameras, surveillance, and the delivery of objects and even people. The first four of these applications make some sense because the drones for those applications can be small, light, and inexpensive, and they likely can be designed to cause minimal damage when they fail and plummet to earth.

However delivery drones by definition are carrying packages of a certain weight. When the delivery drone fails the weight of the drone plus the package becomes a gravity bomb. The heavier the package, the more damage it will do upon impact. Additionally, if delivery drones are used to deliver packages of more than trivial value, they are likely to become the target of thieves who will try to impact the drone to get it to fall from the sky, so that they can recover the package.

There have already been a few publicized cases of drone failure in the world of professional sports. Cleveland Indians starting pitcher Trevor Bauer, a drone enthusiast, nearly sliced off the pinkie finger on his pitching hand when his hobbyist drone malfunctioned. This happened during Major League Baseball’s playoffs last fall, and his injury may have contributed to the Indians failing to win the World Series. An even scarier drone failure happened when a camera drone filming a skier during a World Cup race in 2015 plummeted from above the course, nearly hitting the skier. Drones are not yet commonplace, but if they were to become so, these types of accidents would be too. 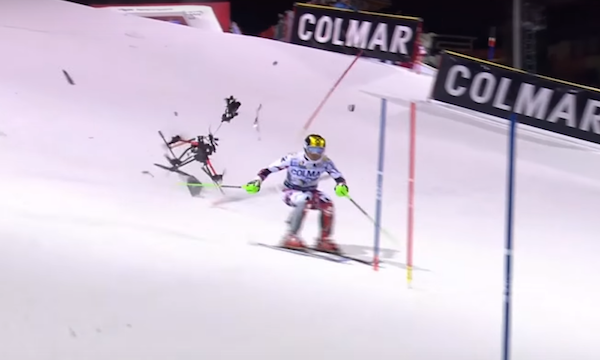 You can see the footage of this drone crash on YouTube

The U.S. military uses drones to deliver bombs, but these drones are used in war zones, where the military does not care much if the drone crashes short of its target. These drones also typically fly at higher altitudes, which means there is more chance to steer a falling drone so that it crashes in a safer spot. When drones fly at higher altitudes it is done in coordination with airplane traffic; this coordination is going to be hard to achieve at scale outside of isolated war zones.

Get ready for the “trough of disillusionment” for the drone hype cycle: it is the inevitable next phase.