A modest proposal to end the patent troll crisis

tl;dr: Tighten up the definition of “peers” in “trial by a jury of one’s peers”...

Many others have described the patent troll crisis that exists in the United States. If you’ve ever been involved in a dispute with a patent troll you know how ridiculous most of the assertions made by trolls are, and how time consuming and money draining these disputes can be. Often product companies end up paying trolls underserved money just to avoid incurring more attorneys fees to fight the troll, even if the troll’s claims are completely baseless. Rather than further restating the problem, I’m proposing a modest solution.

The Eastern District of Texas, the preferred venue for patent trolls

The ultimate way of settling a patent dispute is a jury trial, presumably with “a jury of one’s peers”. Many disputes, of course, are settled before trial, and some during the trial, but the power in the settlement discussions is all based on the opposing parties' feelings of which way the jury might ultimately rule.

Right now “peer” appears to mean “any U.S. citizen over the age of 18 with a pulse, who does not have a relationship with the defendant or plaintiff which might cause bias”.

For patent cases, “peer” should have an additional clause, along the lines of “and has knowledge of the subject matter of the patent(s) in dispute”. Thus a “peer” would be someone in the same specialized area of knowledge as the patent’s inventor. This would be the same standard that scientists use when submitting articles for “peer review” before publication in journals.

I posit that my proposal implicitly existed back in the timeframe of the Founding Fathers, when the intellectual property clause was put in the U.S. Constitution. Back then, the United States was primarily an agricultural and early-stage manufacturing society. It was a lot easier for educated citizens to be at least somewhat aware of most of the technologies in use at the time. I don’t know the details of jury composition back in the 1700s, but certainly not everyone was allowed to participate in the political process back then. Those who did participate tended to be land owners, property owners, and educated folks, which I assume applied to jury pools to at least some degree.

If Benjamin Franklin had filed a patent for his Franklin stove, and that patent came into dispute, I doubt the Founding Fathers intended that the jury would consist of twelve people who had never seen a wood-burning stove before and had no idea how stoves worked or how to differentiate a stove that falls within the boundaries of the patent from one that does not. I think they just naturally assumed that a jury of one’s peers would be composed of people who were at least somewhat familiar with stove technology. Yet today, if you have knowledge of the technology described by a patent, you are likely to be excluded from the jury by the patent troll’s attorneys: they want the jury to consist of people who know as little technology as possible, and hence are more likely to be swayed by the arguments of the troll’s attorneys and the “expert” witnesses the troll presents.

Since the time of the Founding Fathers the fields of science, technology, and medicine have all expanded dramatically and become specialized. Most patents today are esoteric, minor advances within a very narrow field of technology. The days of Leonardo da Vinci and the Renaissance Man, who knows nearly everything about everything, are long gone. Technology has become specialized, as have technologists, and the general public has little idea of the technical details. To judge a patent’s true worthiness, you need people reasonably skilled in the art. Put twelve knowledgeable folks on a patent trial jury and you will get dramatically different results than today’s patent system. 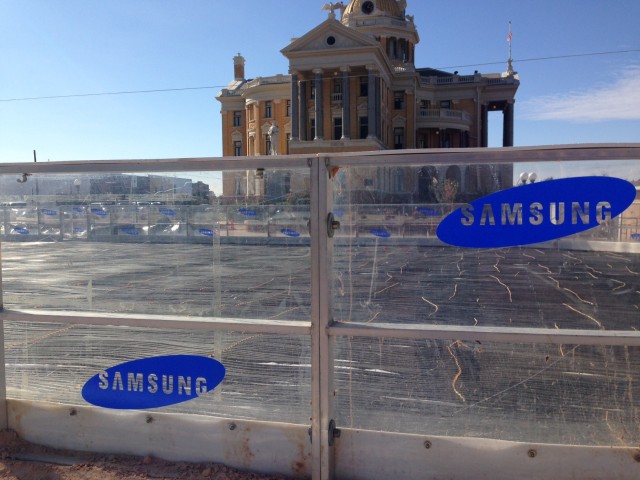 For starters, the Eastern District of Texas would lose the patent trial industry that it has built by being the favorite venue of patent trolls. I don't want to insult the people of rural east Texas too much by theorizing why they are so popular with patent trolls, but I will point out that there is not much of a technology industry there, and not too many technologists, so under my system they’d have to find something else to do besides hear patent cases. Of course they might also lose the outdoor(!) ice skating rink that Samsung built to curry favor with citizens who might someday sit on a patent trial involving Samsung.

Under my system Silicon Valley might become the epicenter for patent cases involving computer, semiconductor, and Internet technology, although there are other places in the U.S. where enough of a potential jury pool exists to try these cases. Boston might become the epicenter for medical device patent cases, and New Jersey for pharmaceutical cases. Yes, skilled technologists would find themselves getting called for jury duty more often, but far fewer cases would ever make it to jury trials. Knowing that a jury of twelve skilled-in-the-art jurors is going to judge a patent’s worthiness will dramatically reduce the number of cases filed by patent trolls in the first place.