tl;dr: Five primary reasons why I’m not on Facebook...

A study came out this past week purporting to show that the more someone uses Facebook, the more unhappy and unsatisfied with life that Facebook user is. I always take a somewhat skeptical view of studies in the social science realms, knowing that the results one obtains depend a lot on the way that the questions are asked, either explicitly in the form of a survey or implicitly in what one chooses to measure. “Happiness” is also a very nebulous concept. The news did, however, cause me to think that now would be a good time to explain why I’m not on Facebook.

Still a believer in the open World Wide Web (WWW)

I’ve been around long enough to see the Internet grow from a scientific and academic network into a global consumer network. I used the pre-WWW Internet, so I’ve seen it progress from the very early days of the NCSA Mosaic browser to sophisticated web applications accessible via a smartphone. I was an active participant in the early “wild, wild, west” days of the unregulated, untamed Internet, and can recall the “gentlemen’s agreements” (sorry for the sexist language, I can’t think of a better, more readily understood term) that governed behavior on the Internet. I also remember the early vision of the WWW, from Tim Berners Lee and others, of how it was going to be a open, democratic platform to allow anybody to post and access information, building an open web of knowledge.

So call me an old Internet hippie, but that’s still the vision of the Internet that resonates with me. Yes closed platforms have their place, but for posting basic information and original content for the entire world to access, Facebook isn’t needed if you have a little bit of technical knowledge. In fact it doesn’t let the entire world access the information posted, because potential readers must first create a Facebook account and log into Facebook and view Facebook advertisements. Anyone in the world with access to the open WWW can view this blog post, but if it were on Facebook, only Facebook users could view it. The benefits accrue to Facebook, which gets to sell advertisements and, in particular, very targeted advertisements: Facebook can direct ads to specific users. This is highly appealing to advertisers, which is the primary reason that Facebook is developing new features (Facebook Live, virtual reality) to keep users in the Facebook ecosystem for as much of their time as possible. It’s truly a battle between the open WWW and the closed “walled garden” business model, and I side with the open WWW. 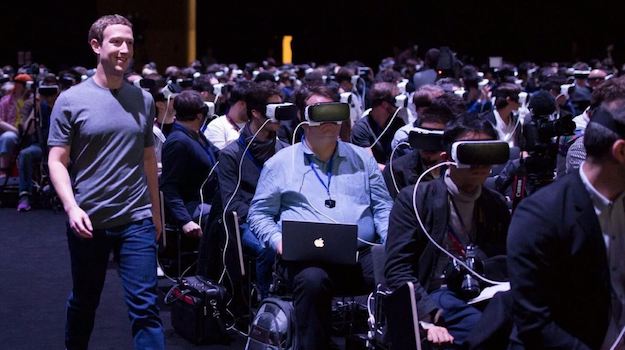 I have no need for it, technically

Facebook is, at its core, a way for non-technical folks to post information. They can set up a home page and post new content fairly easily, without having to know the first thing about HTML. I have to give Facebook a certain amount of credit for this; they did make it easy for the general public to post information. But for a technical person, setting up a web site is pretty easy; in fact, it’s something most every software person should know (or learn) how to do. There are a wide variety of ways to get your content on the WWW without having to let another company monetize it: the approach I chose, my Raspberry Pi web server, costs well under $100. It does require some technical knowledge, and complete novices are left with fewer choices of platforms. Until someone makes it very easy and cheap to get information on the WWW, Facebook will continue to draw in users.

I’m busy (I work at a startup company), and about all the social media I have time for right now is a weekly post to this blog and Twitter, which gives me a hand-tuned timeline of news and posts from people I choose to follow. I don’t have time for monitoring an additional social media service, and for worrying about how I am perceived on that service. The absence of information is also information: if I were on Facebook, and not able to spend time liking my friends’ posts, they might start to wonder about me. By not being on Facebook, I avoid this entirely. I’d also rather read a book…

I do like Twitter, which is also a partially closed system, although not as closed as Facebook. More information is publicly accessible on Twitter, Twitter lets you link to anything, and Twitter’s API is much more open. Note: these may also be reasons why Twitter is struggling financially in comparison to Facebook. Twitter is widely adopted by the tech community, and most journalists are on Twitter, so for me it is a decent source of technical and other news (really, headlines) that gives me a stream of interesting articles to read if I have time. Twitter is a fairly level playing field, where anyone posting interesting information can gain followers, and where users can choose exactly whom to follow. I feel pretty confident that, if Twitter were to someday fail as a company, the tech community would invent an open, distributed, Twitter-like replacement. So once again, I don’t need Facebook.

Related post: The growing importance of psychology in software engineering