tl;dr: The future is here, and it proves that less is more...fun...

One of the (many) things I enjoy about working at Uprising Technology is that the company is entirely server-less and nearly paperless. The only reason we’re not entirely paperless is that we do have to handle a small amount of paper in order to interface with external parties, such as the government.

The vision of a paperless world has been around for decades. In the movie 2001: A Space Odyssey, released in 1968, two astronauts aboard a spacecraft operate an iPad-like flat panel display (watching video, reading text) while eating a meal. In college in the mid-1980s a friend and I became convinced that newspapers would go away and that the news would be delivered electronically; we thought about ways to launch a company to make this happen. We decided it would be premature to do so until networks became fast enough and displays became good enough, and portable. This was still the CRT terminal era, ten years before the Internet started achieving traction among consumers. The main thing we got wrong was thinking that the display device would be focused on newspapers, rather than all types of printed media, plus audio, plus video. Print-only e-readers like the Kindle Paperwhite achieved some success, but general purpose multimedia tablets are the long-term winners in this space. 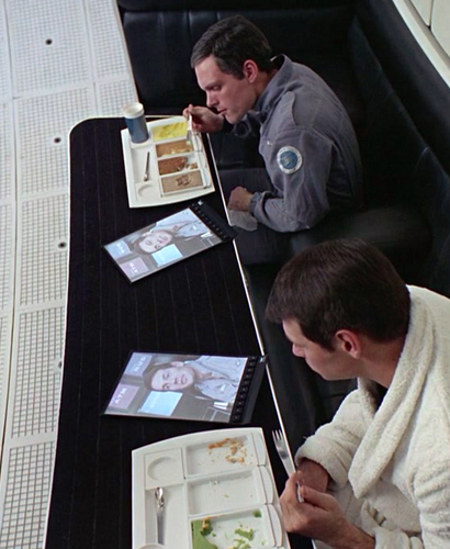 Did Stanley Kubrick or Arthur C. Clarke invent the iPad in 1968?

For the paperless office to become a reality, it required these same technology advances in displays and networking, plus ubiquitous high-quality inexpensive cameras and a whole lot of software. The display is critical. For me, it wasn’t until all my displays (on my laptop, monitors, and tablet) were “retina” displays (i.e. high enough resolution that the pixelization cannot be perceived by the human eye) that I felt as comfortable reading text on a display as reading text on paper. Prior to that I would often print out documents to read them closely. High-speed networking is a must to pass around high-resolution images and multimedia documents. Ubiquitous cameras, which today are contained within smartphones, make it possible to quickly take a picture of any printed document and turn it into an electronic image for subsequent use. This is what we do at Uprising if someone sends us or hands us a piece of paper: we take a picture of it and deal with it electronically from that point forward.

Software is the final crucial element of the paperless office, and there are many different programs that we use. Browsers and the Web are used constantly, of course, since that is how so much information is published. Spreadsheet tools and other financial software have eliminated the need for manual ledgers. Drawing programs eliminate the need for drafting. Note taking software eliminates the need to carry a clipboard or notebook, as I did for so many years. Communication software such as messaging, email, and audio/video conferencing programs help eliminate the need to pass paper to external parties. PDF and other common file formats make it easy to share information. For executing legal documents we use Docusign. The cloud makes it possible to easily get files onto multiple devices. Direct deposit and ACH make it possible to move money around without involving paper. Collectively, all these software tools have eliminated almost all need to handle paper in the office.

The result is paperless bliss. Information moves around as fast as it can traverse the network, and is readily available to the people who need to access it. We don’t have any printers or copiers to maintain, toner cartridges to replace, or paper jams to fix. It’s more efficient, and more enjoyable. The only downside comes when we have to remember how to generate some paper for someone who really wants it, as it is becoming harder and harder to do so. 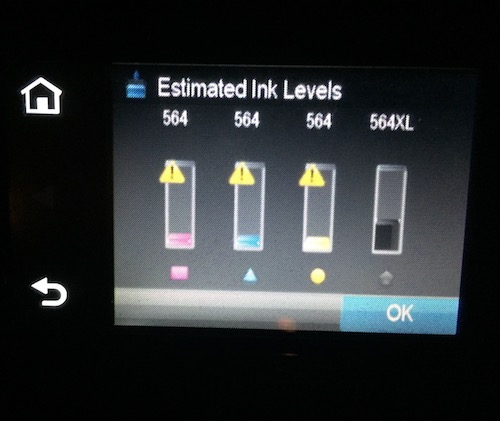 Seems like the printer is always low on ink

Uprising’s product is Software as a Service (SaaS), hosted entirely in the cloud. We don’t have a data center. We don’t have any physical on-premise servers at all. My last company had a traditional data center, with its own security system, elevated floors, equipment racks for servers, offsite backup, a fire suppression system, and backup power, all to achieve the 7x24 operation that one now can get completely on demand from world-class cloud hosting companies such as Amazon, Google, and Microsoft. I trust those companies to do a better job operating a data center than a smaller enterprise ever could: they have many data centers spread around the globe, large teams of skilled IT people operating those data centers, and much more experience dealing with all the various issues that crop up which interfere with operations. We can access our servers in the cloud from our laptops, once we provide the proper security credentials. Firing up a new server can be done in less than a minute, whenever one is needed. Relieving ourselves of the burden of operating IT infrastructure is a huge benefit to Uprising as a company, and delivers a highly-reliable cloud-based Uprising SaaS offering to our customers. It’s the future, no doubt, and we are fully in that future today.

I have seen the paperless, server less future: it is here, and it is wonderful.