Book review: Among Others, by Jo Walton

tl;dr: Most appealing to voracious science fiction readers, but enjoyable for all...

I read nowhere near as much science fiction (SF) as the main character, Mori, in Among Others, who appears to devour a book or two (or more) a day. I do try to keep up a bit with the genre, occasionally picking up a recent Hugo and/or Nebula Award winning book to try something new; that is how I came across Among Others, which won those awards in 2012 and 2011, respectively. Mori, by contrast, is the type of voracious reader who reads every book in the science fiction section of her local library in alphabetical order by author, and then finds new sources of books when that one is consumed. 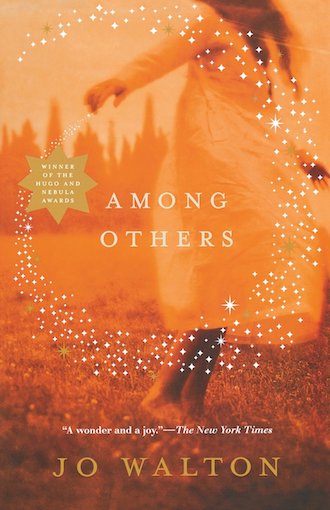 Discussion, analysis, and commentary on science fiction and fantasy books by Mori and other characters occupy a large fraction of Among Others. It’s pretty clear that author Jo Walton shares Nori’s passion for science fiction, which should make Among Others a delight for SF genre junkies. As for me, I recognized most of the authors mentioned, maybe 25% of the book titles, and have read fewer than 10%, so it was not often that I was able to concur or disagree with the opinions about books and authors expressed by Mori and the other SF-loving characters. When they did discuss a book and/or author that I’ve read, such as Kurt Vonnegut or The Hitchhiker’s Guide to the Galaxy, I did recognize and enjoy the opinions expressed.

Among Others is much more than just book critiques for and by SF fans. It’s a coming of age story about a teenage girl from a broken family, who has recently been through a terrible tragedy, and who possesses magical powers. She also happen to be from the United Kingdom and much of the action takes place at an English boarding school, all of which makes the premise very familiar. While there are some surface similarities to the Harry Potter series, Among Others is a much more personal story about the physical and mental trials of the main character, Mori. The book consists entirely of Mori’s diary entries for the time period, written in the first person, which helps make it an impactful story.

Chief among the challenges faced by Mori (or Jo Walton writing as Mori) is the challenge of feeling different and apart from “normal” society and “regular” people. Because of her powers and what has transpired in her life so far, Mori is indeed very different than most other kids, and has to come up with some way to survive and to move forward from her dark past. Questions of friendship and comradeship arise, as Mori wonders whether she will ever meet kindred souls. Controlling others, whether through magical ways or more traditional ways, is another major theme, and one that teenage readers will especially appreciate.

There is magic in Among Others, but it is a more subtle form of magic than the typical “wave your magic wand and say the magic words” type of magic. Whether the magic makes Among Others a book of fantasy rather than science fiction is debatable; in fact the boundary between those two genres is debated by the characters in reference to other books.

Among Others is an enjoyable, fairly easy read. It should be easily accessible to teens through adults. Because of the amount of SF commentary, it will be appreciated most by fellow SF junkies. The main story, however, can be appreciated by anyone who feels different and outside the norms, which is actually a larger percentage of the population than it may appear at first glance.