tl;dr: Enjoyable, as always, but not quite as good as last year’s volume... 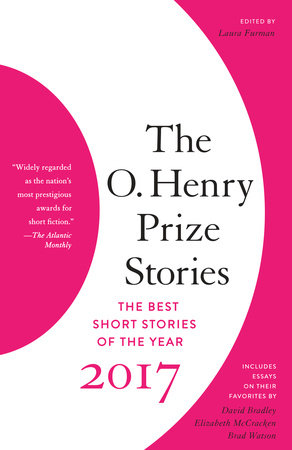 I started reading this annual anthology series 21 years ago. Overall, the quality level of the American short story has held up well over the last two decades, regardless of cultural and political changes. Often people will voice fears that literature is dying, as television and especially the Internet occupy more of the general public’s free time. The Internet, of course, is also transforming the magazine publishing business, which was and still is the primary vehicle for getting short stories in front of the reading public. The list of publications that the stories in this series are drawn from is shorter than it was twenty years ago, as low-volume literary publications die off, sometimes replaced by online versions and sometimes not, because it is hard to monetize Internet content (says the person who posts all his content for free 😉). Still, many of the best publications, such as The New Yorker, The Paris Review, and Harper’s Magazine, survive. We may see a similar Darwinian decline over the decades ahead with colleges and universities, as Internet-based education continues to grow and the cost of traditional four-year residential colleges continues to rise.

I not only worry (a little) about the reading public losing interest in the short story literary form because of the aforementioned time sinks, but also (a little) the authors. I follow several authors on Twitter, and some of them seem to spend an awful lot of time tweeting. Yes, Cory Doctorow and William Gibson, I am thinking of you. Steven Levy and James Gleick also are fairly active tweeters. Neal Stephenson and Doug Coupland, by contrast, rarely tweet. I hope those who do tweet are doing it during downtime, as what I (and I presume the reading public) most enjoys from these authors are long form works, not 140 character (now 280) brief snippets.

The overall quality level of the stories in this year’s volume seemed down a bit, although it may just be my mood or a one-year blip. That said, there were three that stood out for me:

“Floating Garden”, by Mary LaChapelle: a fascinating, all-too-plausible story about a poor young man from a war-torn Third World country who, through a series of unfortunate events, ends up separated from his family and homeland in Oakland, California, working as an illegal immigrant laborer in a sweatshop. Besides being a great storyline it vividly highlights the contrasts between the First and Third Worlds. Sometimes we need a reminder that we all share the same planet, even though our lives are very different.

“Protection”, by Paola Peroni: a touching story about a younger woman who left her home country of Italy years ago and returns to be at the deathbed of her observant, at times acerbic grandmother. The granddaughter and grandmother have a special connection that no one else does, as they seem to be the only ones who are able to understand the other.

“Buttony”, by Fiona McFarlane: a well-crafted story about a seemingly innocent children’s game and an idyllic school day that ends up terribly wrong due to various decisions made by the teacher. Sometimes the people who think they are in charge actually aren’t.