No airplane Wi-Fi for me, thank you

tl;dr: For me airplanes are a glorious isolation chamber and one of the best ways to escape from distractions...

Given that I’ve spent the majority of my career so far helping to build parts of the Internet, you might think that I would be a huge proponent and early-adopter of airplane Wi-Fi Internet access service. Yet I have never purchased it and don’t anticipate ever purchasing it. Even if it were free, I doubt I’d use it, except in an emergency.

Don’t get me wrong, I understand and appreciate what a technological marvel it is. Delivering some semblance of broadband Internet service to a metal tube hurtling through the air at 600mph and 35,000 feet above the ground or a large body of water is a very difficult technical problem to solve. One obviously cannot use wires, cables, fibers, or cellular base stations, which probably account for delivering over 99% of the world’s Internet traffic. Radio waves which travel the greatest distances over the broadest areas deliver the least amount of information. There are fundamental laws of physics at work that make this a very difficult problem to solve, which is why airplanes were one of the last locales to get Internet service. A submerged submarine is the only greater challenge that springs to mind. 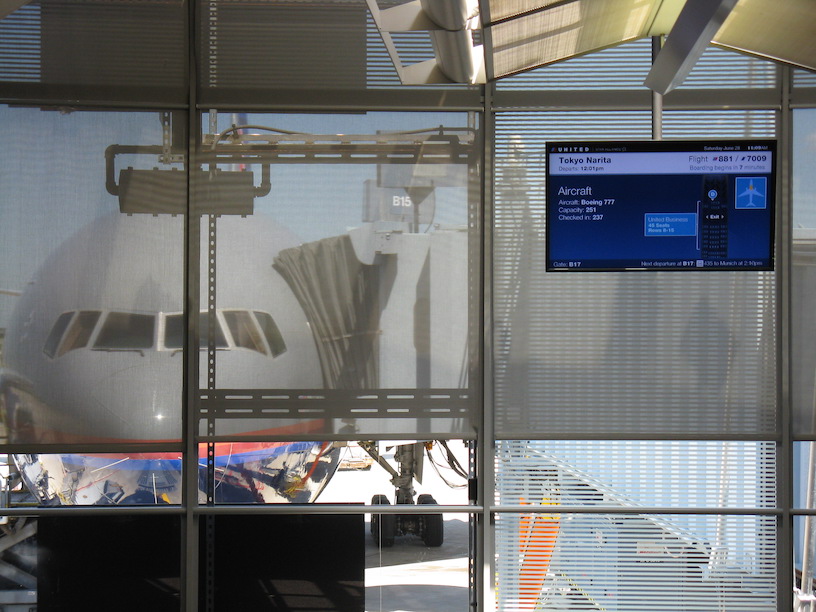 My favorite flight, because of its length and the destination

The fact that it works at all is amazing to me, yet I understand from the many complaints I hear from others that it does not work well. This doesn’t surprise me at all, given the aforementioned technical challenges. I try to console them with the cliche about a dog walking on its hind legs: it’s not how well the dog walks, it’s that the dog is walking at all that’s impressive. This doesn’t cheer people up. Yet the complaints I hear about the poor service quality are not why I avoid airplane Wi-Fi.

I don’t use airplane Wi-Fi because for me, being on an airplane is an all too infrequent opportunity to completely disconnect from the world, or go “off grid”. I relish my time on airplanes where no one can call me, or email me, or text me, or message me, or contact me in any way. I’m completely out of touch, and I thoroughly enjoy it.

Yes, I’m that guy who gets into his seat, puts his noise cancelling headphones on, turns off the annoyingly intrusive seatback video screen, and opens up a book or fires up the iPad or laptop to do some offline reading or perhaps work. I don’t talk to anybody, usually, except for one flight where I was lucky enough to be seated next to Baseball Hall of Famer Ferguson Jenkins (that’s a story for another post). I don’t need to and don’t want to hear from anybody else; I’ve always got plenty of work and reading material to go through without receiving new requests.

The longer I am in the air and off the grid, the more enjoyable the flight to me, believe it or not. Shanghai to Chicago is a great flight, as is New Delhi to Chicago. Short two hour flights from Chicago to the East coast aren’t long enough for me to get as much done as I’d like; flying to the West coast is preferable.

When I lived in Portland, Oregon, I used to jokingly suggest I was going to start a new airline service which would fly from Portland to Portland. Portland, like Seattle and Vancouver, is well-known for its long rainy season. During the rainy season, there are weeks where it seems as though it is so overcast that the sun isn’t visible at all for six days out of seven, and on the seventh day it might peak through the clouds a little bit. The purpose of the Portland to Portland flight would be twofold: to get above the cloud cover so that passengers could see unfiltered sunshine for the first time in perhaps months, and to disconnect from the world. But I don’t think there’s enough of a market of people like me, in this regard.

If you want great Internet service, stay on the ground. When I’m in the air, I’m happy to be off the net.