tl;dr: Timing is everything: decades before LEDs went viral Xciton was developing and selling high performance ones...

I’ve been involved in five startups, and plan to do a post about my experiences at each. Here is startup story number one: Xciton, Inc.

I was not a founder at Xciton, far from it: I was eight years old when the company was founded in 1972. It was sold to National Semiconductor the year I graduated high school, 1982. My father Paul Shaver, however, was one of the three cofounders, along with two other colleagues of his who wanted to break free from the corporate bureaucracy at General Electric’s main R&D lab in Niskayuna, New York and develop, manufacture, and sell high performance Light Emitting Diodes (LEDs).

I had no idea at the time just how unusual a company Xciton was, as a venture capital-backed startup company in 1972; I just thought of it as the place where my dad worked. These were the very early days of the venture capital industry itself, and one of the earliest venture firms, Sequoia Capital, was an investor. In my post The fundamental reason Silicon Valley exists I describe some of the challenges the Sequoia partners faced when overseeing an investment on the other side of the country from their Silicon Valley offices. Xciton was very much a semiconductor company, although the base metal was not silicon but gallium arsenide due to its better suitability for LEDs.

Well before I reached the legal age in New York at which a minor could first be employed by a company (which was 14 years, at that time) my dad would take me to Xciton on weekends to do various odd jobs, and he’d pay me cash out of his pocket. I’d clean toilets, mop floors, and clean the break room and offices. I was happy to have some extra money to spend on baseball cards and other young boy pursuits. I do remember the challenges of cleaning one office in particular, that of the VP of Sales, who was a heavy cigarette smoker. This was well before smoking was outlawed in the workplace, and a good number of employees would light up; my dad and one of the other cofounders smoked pipes. I remember scrubbing yellow stuff (nicotine stains, I realized much later) off the walls of the VP of Sales office, and returning the wall color to a more neutral off-white color. 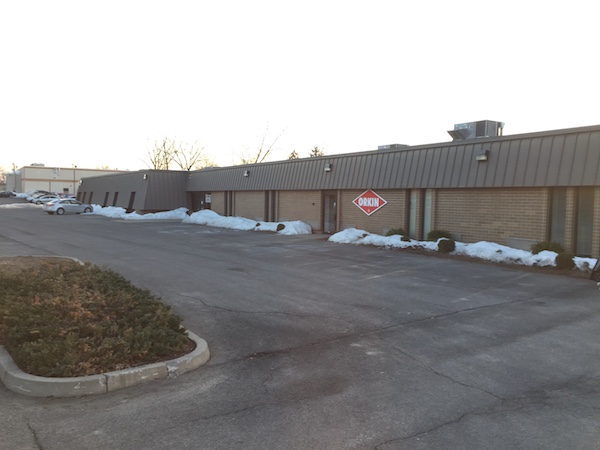 Xciton's home during the 1970s in Latham, NY...looks like the parking lot stripes need repainting

There was always a copy of The Wall Street Journal in the small visitor waiting area, and that was my introduction to a newspaper that I still subscribe to today, electronically. At that stage in my life I thought The Wall Street Journal was the world’s most boring newspaper: no photos, no comics, no sports section, and a typical article would break down the most recent quarter’s steel production figures. The Journal has changed somewhat over the years, but I’ve changed even more.

As I grew up I was given slightly more challenging tasks. I worked as a tester, testing individual LEDs for brightness. I’d take an LED from a large bin, plug it into a socket, put a light sensor over it, hit a foot petal which turned it on, read the measurement from the light sensor, and put into one of three bins depending on how bright the light was. Exciting stuff, I know, but it was the full-time job for a woman who worked there during the day.

Eventually I turned 14 and could take my first official minimum wage payroll job. The parking lot stripes needed repainting, so I and another young man were hired to do the job. The hard part was sweeping the entire parking lot with hand brooms in the sweltering summer heat, which took us nearly two weeks. It was cheaper to hire us than to hire a street sweeper machine with driver to do the job in a few hours. That task taught me the lesson that everyone should learn from a first job: you don’t want to spend your whole life doing your first job.

After the parking lot was done I did maintenance work on machinery in the factory: cleaning filters, painting, some minor repairs. I then moved onto electronics assembly, which was my hands-on introduction to semiconductor-based electronics circuitry and soldering. Xciton had a sales tool called a “demo box”, which was a small box with a push button on it and several of their best selling LEDs; I hand-built hundreds of them. It utilized the famous ‘555 timer chip from Texas Instruments to blink the LEDs when the button was a pressed. Xciton was well-know for their “tri-state” LED, the XC-5491, which was either off if no current was flowing, green if current was flowing in one direction, and red if current flowed in the opposite direction. This was well before the invention of the blue LED which made it possible for LEDs to be used in full color RGB (Red-Green-Blue) displays and to create white light. I remember my dad telling me many times how the world would change when someone invented a blue LED. 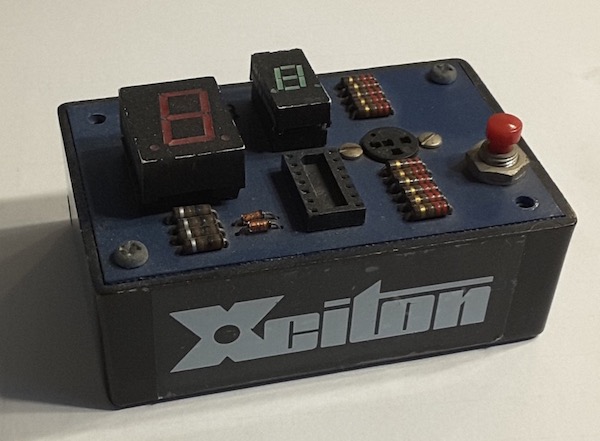 My big break came when my dad bought a Radio Shack TRS-80 Model II computer in 1981 so that he and a few others could use Visicalc, the first popular spreadsheet program. Like most “personal computers” (the term didn’t really exist at the time, not until IBM came out with their first PC) in that era, the TRS-80 Model II came with BASIC to allow custom programs to be written. I had picked up BASIC by playing around with my cousin’s TRS-80 Model I computer and by taking the only computer class offered in my high school, a half year class which used the Apple IIe. No one else at Xciton knew BASIC. Unlike present day workplaces where everyone has a computer, back then everyone had a phone as their primary business tool. My dad asked me if I could write some programs to help automate a few things for the business.

I wrote, in BASIC, some programs to do what would today be called “ERP” tasks. I wrote a program to cut invoices, which previously were typed out by hand on IBM Selectric typewriters. My program could store all the contact information for each customer, referenced by customer number; the user entered a customer number, part numbers, quantities, and unit prices, and the program would calculate the line items and totals, and then print out an invoice on a dot matrix or daisy-wheel printer. I enhanced it with a sales commission calculating program, which would examine the stored invoices, look at the salesperson number on each, and calculate how much commission each salesperson had earned that month. All these saved a lot of time over the prior by-hand processes, and reduced errors. I added inventory tracking, to keep track of the amount of each SKU on hand and to debit that amount when each invoice was cut, so that the company always had an indication of how much product was available to be sold.

Believe it or not, all this was done on a computer with 64KB of RAM and an external 10MB hard drive. The hard drive was quite large, around two feet by three feet by six inches, and it took several minutes to spin the disks up to speed in order to be able to use it. But it worked, and my fellow employees were happy with it. I had progressed from the parking lot sweeper to the young computer whiz kid who was showing them a glimpse of the future.

Then in 1982 several major events happened: I graduated high school and went off to college, and Xciton was acquired by National Semiconductor. Eventually National Semiconductor brought in their own IT system, and I spent the summer after my freshman year helping them migrate the data and the processes from my system and the TRS-80 Model II into their IT system. The programming experience I already had upon entering Cornell help give a boost to my academic career.

In addition to the lesson about first jobs, I learned much from my first startup company experience. In retrospect it probably biased me permanently towards working with smaller companies as opposed to large corporate behemoths. I really enjoyed being able to do many things, and to see the impact of my work on the business and my fellow employees. I also appreciated the close-knit family spirit among the employees. We had lots of fun at the company picnics and other outings, including an infamous deep sea fishing trip during which I was one of the very few not to get seasick (hit me up if you want to know my secret). From a startup perspective, the main lesson I learned was the importance of timing. Xciton was doing high performance LEDs way before LEDs became everyday items; in that respect it was probably two decades ahead of its time.