I have a tremendous respect and appreciation for Japanese culture: the civility, the food, the art, the literature, the music, and of course the people. I loved visiting Tokyo, and rank it at the very top of my list of favorite big cities (by some measures it is the largest city in the world, yet also, in my experience, the most civilized). If you enjoy food, there’s no better place to eat than Tokyo, and you don’t have to dine at one of the many Michelin three-star restaurants to have a fabulous meal. I’ll return as soon as I have another opportunity to do so. 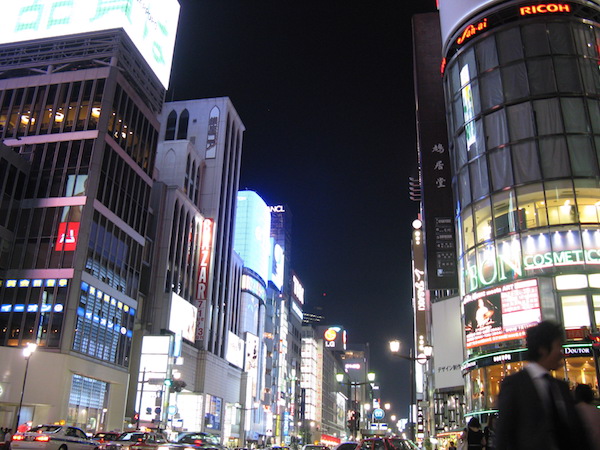 The Ginza is the most famous of Tokyo's many shopping districts

My primary exposure to Japanese business culture was in the late-1980s and early-1990s, when I worked at AT&E Laboratories, a start-up smartwatch company that had a partnership with the well-known Japanese watch manufacturer Seiko (actually, the partnership was with Seiko-Epson, a division of Seiko that was best known for computer printers).

At the time Japan was in its ascendancy in the business world, and some people feared that Japan was going to overtake the United States as the premier technology and business powerhouse, a fear that today some in the U.S. have about China. Japan has since gone through a period called the Lost Decade, which has changed some of the business practices in place at the time, such as lifetime employment. It may very well be the case that the situation I’m about to describe has also changed, in which case this is nothing more than my own personal recollection of how things used to be in one case, as experienced by me and those who were with me at the time. I can’t remember the names of the key people involved, and even if I did, I wouldn’t care to mention them now, because it was a different time and place.

The smartwatch was jointly designed and developed by AT&E and Seiko, and was manufactured in Japan at Seiko’s highly automated watch manufacturing plant. At the time it was the most technically sophisticated watch ever built. It had an integrated FM receiver that received digitized packets from a nationwide transmission network, all crammed into a watch form factor with a replaceable (not rechargeable) battery that needed to last a year (think about that, Apple Watch fans). The RF performance in particular was a challenge, and required close coordination between the design (primarily done at AT&E in the U.S.) and the manufacturing line in Japan. The antenna was embedded into the watch band, and even minor issues such as the quality of the connection between the band antenna and the watch circuitry had major performance implications. To resolve issues, there were many technical meetings in both Japan and the U.S. between the engineers of both companies.

There was one thing about these meetings that seemed a bit strange to me, a relatively junior engineer on the project. When the Seiko team came to visit us, the most senior manager who was, in theory, running the project on the Seiko side, didn’t say or do much of anything in the technical meetings. Sometimes he wouldn’t even attend various meetings. It was pretty clear that one of his reports, who was younger, was actually the technical leader of the project. When I asked my coworkers about this, I was told it was an aspect of Japanese business culture and the lifetime employment practice. The senior manager had more tenure with the company, so by title and by org chart he was officially running the project, even though it was actually being run by one of his direct reports. Some joked that back in Japan, this manager spent his time sitting in his office doing puzzles, and it was all accepted because that was the way the system worked.

During one visit by the Seiko team to the U.S. we had a long day of technical meetings and then, to make our guests feel at home, we all went out for sushi after work. That turned into a night of drinking, which was another aspect of Japanese business culture at the time. I imbibe but I don’t drink to excess because I don’t like to lose control. That wasn’t so much the case among our guests. The drinking continued, numerous bottles of sake and wine were drained, and I was looking for an excuse to go home. 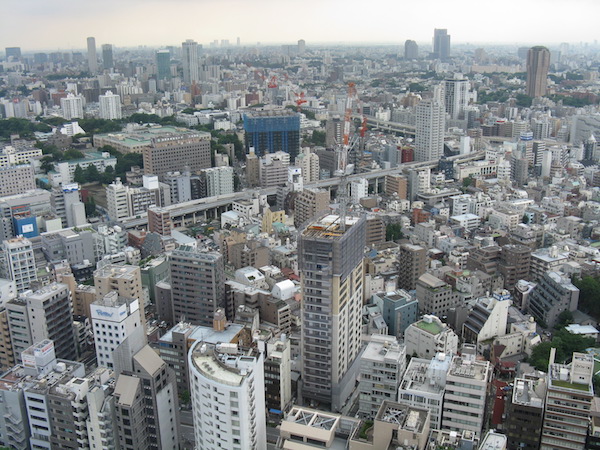 Late into the evening the less senior engineer who actually was the technical leader stood up and started laying into his boss, in English so that everyone could understand what he was saying. He told his boss in very blunt language that the boss didn’t do anything and that the boss was useless. Many of the AT&E team shared that opinion, silently, but we were shocked to hear it expressed to the boss himself by one of his direct reports. The less senior engineer even went so far as to point at his boss and say, repeatedly, “I hate you!”. That put a damper on the evening and signaled that it was time for everyone to go home. We somehow got out of the restaurant without any punches being thrown. The AT&E manager who had arranged the evening’s festivities felt pretty bad about how it had unfolded.

We all assembled in the morning for the next day’s meetings. I was wondering how the meeting was going to transpire given what had happened the previous night. Would the less senior technical leader even show up, or would he have been fired? Would the senior manager show up and, if so, how would he conduct himself? How would the previous night’s events be explained?

It was as though nothing had happened ten hours ago. The whole Seiko team was there, in neat business attire, ordered around the table as per the hierarchy. The less senior technical leader treated his boss with respect and deference. Nothing at all was said about the prior night. To all appearances it had never happened, or if it had happened, it had been forgotten.

I’ve read some things about Japanese business culture in that timeframe to suggest that what I saw was not unique. What happens in the bar when drinking heavily after work stays in the bar. How quickly it was forgotten was a shock to me, as I have not forgotten the incident, more than two decades later.