The best time to move, with young kids

tl;dr: Moving while school is in session immediately creates new friends and relationships...

Everyone knows that summer is the best time for a family with young kids (pre-K through grade 5) to move, right? School is out, so there are no complications with joining classes that are already in progress, where friendships and a social structure have already been established. By moving during the summer, the kids get to start the new school year in the fall on an equal footing with everyone else, and be part of the formation of their classes’ new social structures. Plus the summer is a relaxed time of year, and it is good for the kids to have some time to adapt to their new surroundings before beginning school. Clearly, moving during the summer is best, right?

Life taught me otherwise. My family and I moved to Chicagoland in early 2005: I started at Westell in January and my family moved at the end of March, while our two kids were in school (one in grade school, one pre-K). The kids’ experiences were so positive, in comparison to how it would have been had we moved during the summer, that I realized that the conventional wisdom is exactly backwards: moving during the school year is best.

The primary benefit of moving during the school year is that the kids are immediately immersed in a structured social setting, the classroom, which introduces them to other kids. They get to form initial friendships under the watchful eye of an adult, the teacher, who is encouraging those social interactions. Some of those kids will be neighbors, and friendships which start in school quickly deepen with playdates after school.

Contrast that experience with showing up in a new neighborhood in the middle of summer. Kids’ lives these days are highly structured by their parents. The neighborhood kids are likely to be participating in a variety of scheduled summer activities that, unlike school, cannot be joined in progress. They don’t have much free time to wander down the block and check out the new kid, and there is nothing which forces new interactions to happen until school starts. In the meantime the new kid on the block is not going to know anybody, and is going to be pretty lonely and isolated. 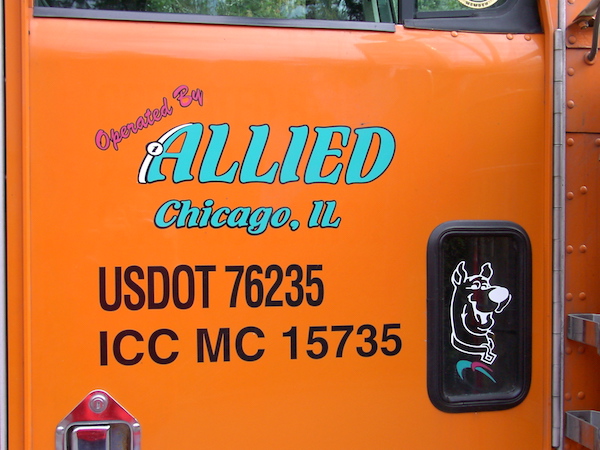 Scooby Doo rode shotgun on our move to Chicagoland

When they showed up in school after Spring Break, my kids were very much welcomed by their new teachers and classmates. In the pre-puberty years kids form friendships pretty easily, and are usually able to get along and play together. My kids got to know the kids in the neighborhood first through school, and then spent time together in each other’s houses and yards. Boredom was never an issue because my kids were immersed in school time activities. Because they met new friends, they did not spend much time pining after the friends they had left behind. School definitely made my kids’ social transition to their new home easier.

There were benefits at the beginning of my kids’ journey, too, in their old schools. Each kid’s class made hand-crafted momentos for their departing classmate. In one case it was a memory book, with pictures, drawings, and notes from each child. My older child was given a special send-off in a school assembly, during which one of the heads of the school told upbeat stories about her own personal experiences in the area to which we were moving. If we had just quietly disappeared in the middle of summer, none of this would have happened.

Besides the kids’ experiences, there are other reasons why not to wait for summer to move. Residential real estate is more of a buyer’s market in the dead of winter, as there are not as likely to be multiple bidders for a property. Moving expenses are lower because demand is down: rates are higher in the busy summer period.

The house we moved to in Chicagoland, while school was in session, is currently on the market. I expect it will remain on the market until the busy summer moving season approaches. Too many people still abide by the conventional wisdom, but I am very glad my family did not.