The best time to move from the snowbelt to the sunbelt

tl;dr: Penn and Teller gave great advice: leave well before you get stuck freezing in the dark...

I’m not yet (I hope!) anywhere close to retirement, but it is out there somewhere on the horizon. Naturally, that leads to the questions of where are the best places for retirement, and when to consider moving to those places.

Aside from some years in sunny, temperate California, and rainy, mostly temperate Oregon, I’ve spent most of my life in cold-weather climates, specifically the Northeast (Massachusetts and upstate New York) and upper Midwest (Illinois). It’s pretty clear that, due to the harsh winters, these are not the best places for older people. Shoveling snow gets tiring and can be life-threatening. The weather reports in Illinois will occasionally warn of “heart attack snow”: moisture-laden, heavy snow that falls when the temperature is around the freezing point.

A more common threat is black ice: a thin, nearly invisible layer of ice on the sidewalks that is enough, if you step on it slightly off-balance, to cause you to lose your footing. I haven’t fallen on the ice in years, but every winter I do have a few close calls. I’ve seen older people in my family break wrists, arms, legs, knees, and hips in falls, and I know what a setback that can be. In Illinois I had elderly retired neighbors on both sides of my house, and I witnessed how they would become housebound during the long winters, to avoid the physical risks of venturing outside. I’d often shovel their walks and driveways for them.

If you can afford to, it is better to live out your latter years in a warm climate, if you like going outside (and I do). The question then becomes: if you do not currently live in a warm weather climate, when is the best time to move? 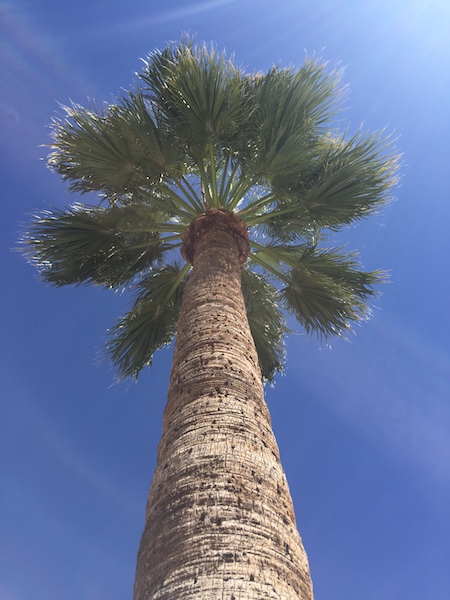 Penn and Teller answered this question many years ago. While I’ve long since forgotten where I read or heard it, their reasoning has stuck with me ever since. Before I repeat it, I should mention why I admire Penn and Teller and why I might pay attention to something that they say.

First, their shows are highly entertaining and they are funny, intelligent, multi-talented performers. Second, Penn shares certain characteristics and life events with myself. We are both tall jugglers from Massachusetts, originally. Penn is older than me, but we’re close enough to have liked and seen some of the same bands and visited some of the same haunts in the Northeast. If you know Northeasterners well enough to differentiate snobby Bostonians from college-kid Bostonians from working-class Bostonians, you might understand why I recognize and share certain patterns in Penn’s thoughts and viewpoints. As for Teller, I can’t say whether I share some of his views or not, as he does not speak 😉.

Years ago, while their career was still on its upward trajectory, Penn and Teller decided to do what many entertainers in the past traditionally did only on the downside of their careers: move to Las Vegas semi-permanently to play in casino theaters. They’ve been headlining at the Rio since 2001, earning the title of the longest running headliners in Las Vegas history. Penn moved with his family and has been raising his kids in the desert. I’m not sure about Teller because, well, he doesn’t say much.

When asked why they moved relatively early in their careers compared to other entertainers, Penn explained that the duo knew they didn’t want to spend their golden years in the cold in which they had grown up. They were moving early because, they observed, people tended to get stuck in place if they didn’t move soon enough.

That advice rang true to me, as it matched what I’ve observed in my own family and with other people I’ve known. Moving just gets harder, both physically and mentally, with age. The natural tendency is to stick with the status quo. Years go by, and without realizing it, one has passed the point where a move can be done. Much more common, I’ve observed, is for people only to move when they absolutely have to move, because they can no longer physically live in their house.

The solution is to move while one still can. Moving earlier lets one build a new life and a new circle of relationships in the new destination, while one is still very active. Like Penn and Teller, I’ve chosen to move to the desert Southwest, and I’ve moved while still in the prime (I hope) of my career. I intend to have a good long run here in Arizona before finally calling it a career. Penn and Teller are doing the same in Vegas, and I am looking forward to catching their show again soon.