You get out of college what you put into it

tl;dr: Cheating to get into college, or while in college, is ultimately cheating yourself as well as others...

The college admissions cheating scandal has brought to mind something that I’ve always said about college: you get out of it what you put into it. And by putting into it I mean work, not money.

One of my classmates in the Electrical Engineering program in the Class of 1986 was someone that my friends and I nicknamed “The Scribe”, although we didn’t call him this to his face. He was one of more than a few people majoring in Electrical Engineering not because of a passion for the subject matter, but because Cornell EE majors typically received multiple job offers upon graduation, with relatively high starting salaries.

The Scribe did everything he could to survive the program and boost his grades without actually doing the work. He joined a fraternity which had voluminous course files for the EE program, including homework assignments, papers, tests, and lab notebooks from prior years. He would transcribe from these documents when preparing his own work for submission; hence the nickname we gave him. He befriended the smartest girl in the class and worked with her whenever he could. He took the required courses and whatever electives were easiest. He bought the most advanced programmable calculator on the market at the time, and loaded in the formulas needed for solving problems during tests. I didn’t watch him closely enough while taking tests to see if he was copying from others during tests, but I wouldn’t be surprised if he was. Needless to say I never paired up with him for any team assignments.

It was hard for the professors to counter these cheating strategies. In particular, the EE program had a brutal, required, two semester, hands-on lab course in the junior year called Superlab. Superlab was where the theory we were learning about electronics and circuitry was put into practice by building circuits, running experiments, and recording results in lab notebooks which were turned in for grading. We did some pretty amazing things: it was in Superlab that I learned how to operate a three-phase power generator and sync it up exactly to the power grid so that it could be attached to the grid without blowing anything up and killing anybody. 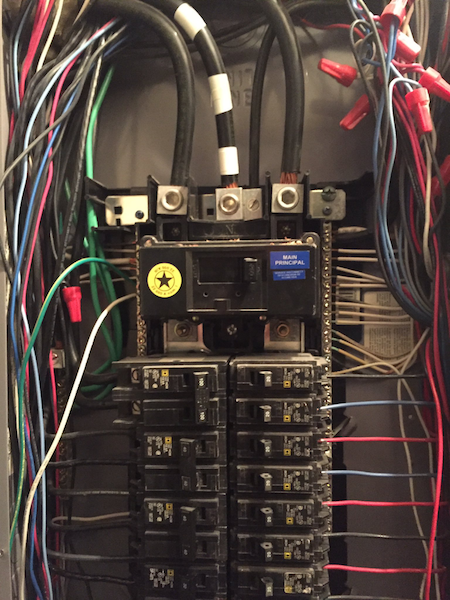 It would have been unreasonable to expect the professors to come up with completely different experiments for Superlab every year. If you want to teach students how to operate a generator, you pretty much have to operate a generator. For other experiments they might change the values of various circuit components from year to year. But even when that was the case, having lab notebooks from prior years would help a lot if you wanted to avoid doing the work. The Scribe was very skilled at filling out his lab notebooks by looking at lab notebooks from prior years. But was he learning anything?

The Scribe’s strategies worked, from one perspective: he survived the EE program and graduated with a Cornell BSEE degree and was hired as a design engineer by one of the premier global technology companies of the time. But what happened when he reported for work at his employer, which was expecting that he would be a competent hands-on design engineer? I can’t say for certain, because I wasn’t there to witness it, but after a few years I saw news that he had transitioned out of design engineering into a position in Sales, which didn’t require him to produce any original designs. Of course, for all I know, he may have made more money in his career in Sales than he would have in design engineering; Sales is an important part of any company.