Esports in the Eighties

tl;dr: I learned, decades ago, that it could be compelling and thrilling to watch someone play a video game...

One of the reasons I got into computers was games. I think the first computer game I ever played, on a mainframe with a teletype terminal at SUNY Stony Brook where one of my aunts was getting her PhD, was hangman. I remember the craze caused by the early arcade games: I dropped many a quarter into the coin slots of Space Invaders and Pac-Man. On the home front, the first video game, Pong, was crudely simple, and even the games for the first popular home gaming console, the Atari 2600, were nowhere near the experience of playing an arcade game. Back then, the arcade was the place to be for serious video gaming.

I was lucky enough to have a public arcade in the ground floor of my freshman dorm at Cornell Sheldon Court, which was located right on the edge of the Collegetown nightlife district. It became a regular practice for my buddies and me to hit the arcade to play some games before heading to the dining hall for dinner. I found it to be a great stress reliever and a good way to clear my mind before a night of studying. My game of choice was Galaga, which was effectively a more sophisticated, full-color version of Space Invaders. To this day I can still replay all the sounds of that game in my head. 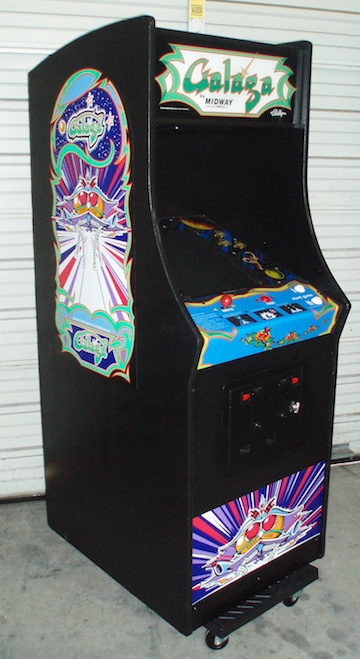 Another fairly popular game in that timeframe was Defender. Defender was an even more complex game than Galaga, with more degrees of movement, more possible actions, and more buttons to press. I played it occasionally, never very well; I could tell that it would require a serious investment of quarters for me to become good at Defender. I stuck to Galaga

One day, when we wandered into the arcade, a small crowd had gathered around the Defender game. A young man a bit older than myself was playing the game, and there was at least one well-dressed observer, an official I later learned. The young man was attempting to set the world record highest score for Defender, which would require him to play for 24 or more hours straight.

We watched him play, transfixed to what we saw happening on a separate monitor. In Defender the player controls a spacecraft which can move around the screen forwards, backwards, and up and down. The fluidity with which this player’s spacecraft moved was in sharp contrast to the herky-jerky movements of the craft when I played the game. His shots were deadly; he hardly ever missed. He seemed to know just when to take the perfect action among the many choices the game presented. And he did it all apparently effortlessly, via muscle memory, without ever appearing to have to consciously pause and think before taking action. 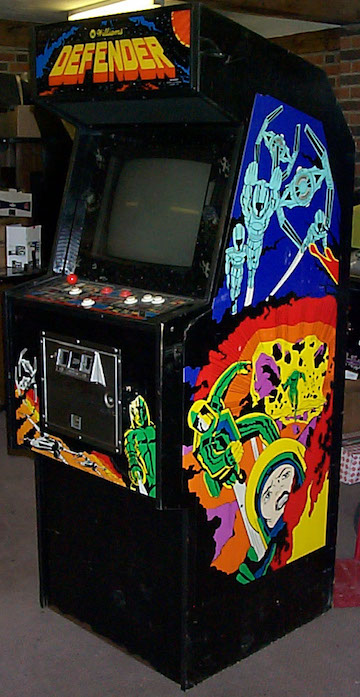 It was clear we were watching someone orders of magnitude better than we would ever be at that game. We eventually tore ourselves away to get some dinner before the dining halls closed for the evening. I checked back in on him later after coming back from studying; he was still at it. I witnessed how he took his bio breaks. You could earn additional lives, as you played the game and scored points, up to a maximum of 99. He pretty much always had the number of lives pegged at 99, and to take a break he would just walk away from the game. The enemies would creep in and destroy his spacecraft and the game would restart with one less life, but this process took a few tens of seconds to happen. Thus he could walk away from the game for five minutes and would still have plenty of lives left when he returned, at which point he’d score points quickly and get the count back up to 99 lives.

I could play Defender for just a few minutes for a quarter, and here was someone who apparently could play it forever on a single quarter. I felt I was in the presence of a true master. My mind boggled when I considered how long and how much money it would take me to get that good, if I even had the physical reflexes to be able to do so.

He was still playing the next morning. Later that afternoon we wandered in and learned that he had quit, shy of the record. He could clearly play the game as long as he could physically stand to, but as good as he was, he was not accruing points fast enough in wall clock time to be able to break the world record. There must be some even better way to play the game, to accrue points at an even faster rate. It also meant that there was, somewhere in the world, an even better player than the person we witnessed.

It was all very fascinating to me. That was the first time I saw a world-class video game player, and I was hooked as a spectator. Later in life I saw a master Dance Dance Revolution player in a Tokyo arcade, and it was equally compelling viewing. So while some people today wonder whether video game competitions can draw an audience of spectators, I learned decades ago that they can. To me there’s no fundamental difference between going to watch world-class athletes play a game of baseball, world-class chess players play chess, or world-class gamers play a video game.