I’m starting to catch up on my annual anthology reading after spending much of the past year reading Infinite Jest.

My favorite annual short story anthology remains The O. Henry Prize Stories, which I have been reading since the 1996 edition. I would never claim that the series editor manages to find the twenty absolute best short stories among the many hundreds published every year. So much of art is subjective and its perceived quality is dependent upon the circumstances of the consumer. Thanks to the dedicated O. Henry series editor (Laura Furman has held the position since the 2003 edition) there is at least a consistency that the Best American Short Stories series, with its annual guest editor, lacks.

I daresay that Laura Furman has mellowed a bit with age. The selections in recent volumes, including this one, are not as uniformly dark in tone as they were fifteen years ago. The 2018 edition contains more great stories than usual, with fewer which didn’t appeal much to me. 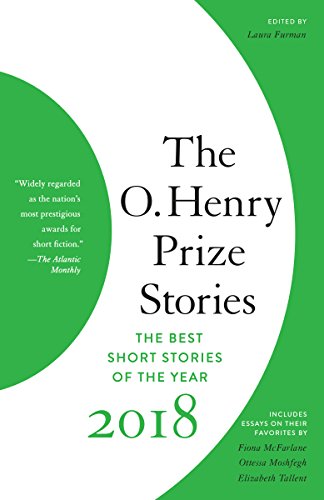 It is rare that my favorite story in a given edition is also the favorite of any of the guest jurors, but I and two of the three jurors thought Jo Ann Beard’s “The Tomb of Wrestling” was exceptionally well-written. Beard’s story, like most good horror stories, is grounded firmly in everyday reality. This induces a strong reaction in the reader’s mind when things go awry. The story is also a gripping exploration of the boundaries of consciousness and just what the mind comprehends when it is disjarred from its normal operating mode. Beard did a masterful job of blending the real and the perceived into a can’t-put-down page turner.

Other notable stories, in my mind, were:

“Inversion of Marcia”, by Thomas Bolt: a modern-day coming of age story whose primary focus is how an older girl introduces a younger girl to adult pleasures and travails, but which is enriched with a compelling backstory of the challenges facing the other adults in the story, the parents.

“Lucky Dragon”, by Viet Dinh: a horror story about victims of radiation poisoning that also explores how society reacts to people who are visibly different from the norm.

“Queen Elizabeth”, by Brad Felver: a complicated love story of sorts about a relationship between a man and a woman from very different socioeconomic strata of American society.

“Up Here”, by Tristan Hughes: a story about the death of a beloved animal that sheds light on the relationship of the animal owner and her boyfriend.

Although the overall quality level of the 2018 edition was higher than usual, I felt there was one dud: Dave King’s “The Stamp Collector”. King writes his story in simplistic prose which didn’t engage this reader, although it may have been appropriate for the main character’s voice. Substance abuse plays a major role in the story, and having read “Infinite Jest”, it’s hard for me to avoid comparing this story to David Foster Wallace’s much more powerful portrayals of that issue. My reaction to the story, however, is just another example of how artistic quality is in the eye of the beholder.