Book review: The New Case for Gold, by James Rickards

tl;dr: An international financier predicts the collapse of the global monetary system...

I’ve never met James Rickards, but I did attend a lecture given by a former business colleague of his at the Long-Term Capital Management (LTCM) hedge fund, Prof. Robert C. Merton. Rickards, who has two law degrees, was general counsel for LTCM, so he was intimately involved in the fund’s collapse and subsequent rescue operation.

Rickards actually cites LTCM’s blowup as the first of a series of bubbles, each bigger than the previous, whereas I list the dotcom bubble as being the first. As Rickards explains it, LTCM blew up and the Federal Reserve organized Wall Street banks to bail it out, with no taxpayer money involved. Then in the next bubble, the housing bubble, the Wall Street banks blew up and the Federal Reserve directly bailed them out with very significant amounts of taxpayer money. The final bubble will be when the global monetary system and the currency issued by the Federal Reserve itself (the dollar) blow up, and there will be no institution able to step in to bail out the Federal Reserve. The dollar will collapse in value, and countries will meet to hammer out a new monetary system in order to conduct trade between nations. Rickards believes that gold will play a part in that new monetary system, although he also describes some other possibilities. At a minimum, he expects gold to hold its value much better than other stores of value through the upcoming turbulence. 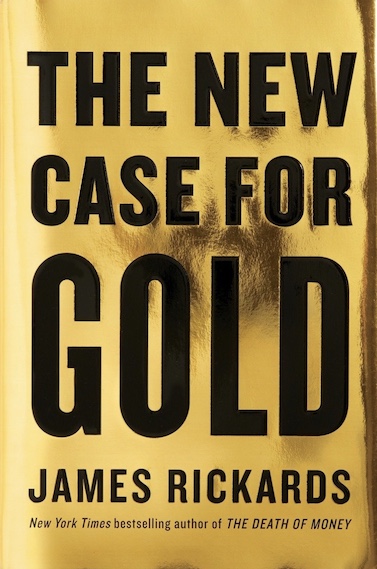 The New Case for Gold was published in 2016, and the collapse hasn’t happened yet, although the COVID-19 pandemic may have unleashed a series of events that will inevitably bring it on. That’s the biggest criticism that can be made of books like The New Case for Gold and Peter Schiff’s The Real Crash: the major prediction hasn’t come true yet. Rickards and Schiff can see the forces building up that will eventually cause a crash, but getting the timing right is notoriously difficult.

Rickards uses some simple complexity theory to build his case. He likens the problems in the monetary system to a ski slope that is accumulating snow. Eventually one snowflake too many lands on the snowfield and an avalanche results. Predicting which snowflake will cause the collapse and when it will collapse is hard, but you can definitely notice the potential for a collapse beforehand, if you pay attention to the changing conditions of the system.

Having worked at LTCM and Citibank and been an active international financier for decades, Rickards knows far more about the global monetary system than I do, so I found his thoughts and observations in The New Case for Gold to be insightful. He shows why it is so important for both governments and banks to have inflation, which destroys the value of savings if held in fiat currency or bonds. He explains the battle between deflationary and inflationary forces in the world today, and how the Federal Reserve will eventually get the inflation that it is seeking. This certainly rings true in 2020 as the U.S. government and the Federal Reserve have taken major steps to create inflation, by injecting trillions of new dollars into the financial system and economy, and by removing the Fed’s upper limit on the amount of inflation it will tolerate.

Gold plays a behind-the-scenes role today in the global monetary system. Officially the U.S. and other countries are not on a gold standard. Yet why is China acquiring gold, and being secretive about the amount of gold it has? Why is the U.S. still holding onto its gold? Rickards builds a strong case that the dollar, which underpins today’s global monetary system, will inevitably collapse and gold will be used, at least as a reference point, to reestablish a new monetary system. Then it will matter very much how much gold various countries and individuals have in their possession.