tl;dr: The pandemic is bringing about some positive changes to speed up the game of baseball...

I’m a big baseball fan, having been a partial season ticket holder for the White Sox from 2008-2018. Even I will admit that baseball games, in general, run too long.

I do appreciate that baseball, unlike the other major spectator sports (football, soccer, basketball, and hockey) does not determine the length of its game with a clock. In that aspect baseball is like tennis and golf: you have an idea, when you sit down to watch a game, how long it will probably take, but it could take much longer or somewhat shorter. It’s an “event counting” sport: the game concludes, with a winner and loser, after a certain number of events have taken place: innings played with outs recorded (baseball), sets played with games won (tennis), holes played (golf). 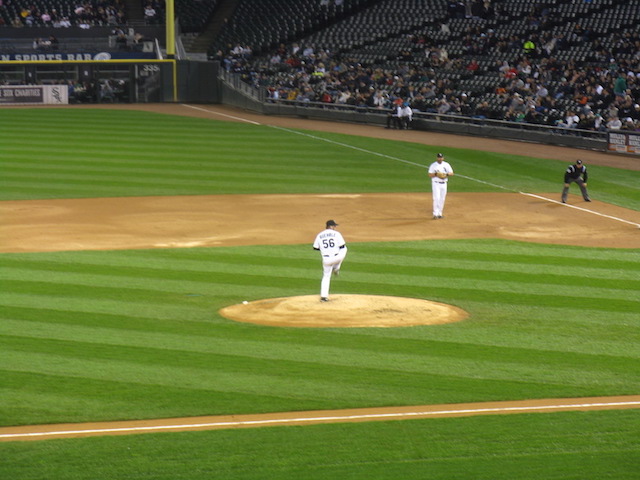 Yet baseball games, more so that tennis and golf matches, have lengthened over recent years. The trouble, for fans that appreciate the clock-less nature of the sport, is that we still have to fit our enjoyment of the game into a 24-hour day governed, to a certain extent, by the clock on the wall. In my last season as White Sox partial season ticket holder, I usually attended the games after work. I’d take a commuter train to downtown Chicago in the morning, work a full day, then take the subway to the stadium and watch the game. To get back home I had to take a night train, which left Chicago’s Union Station at 40 minutes past the hour. For a 7:10pm game time I could stay at the stadium until a little bit after 10pm, catch a subway, hustle to the station and catch the 10:40pm train, which put me in my bed just before midnight. That left me nearly three hours to watch the game. I may have seen one or two games actually end during that last partial season; it was more likely that I’d see the end-of-game fireworks go off while standing on the subway platform, or I’d have to listen to the end of the game on the radio or streaming audio.

The clock-less nature of baseball is better appreciated when one is not under external time pressures. I once attended a 14-inning White Sox game with a coworker; we drove to the game, so we could leave whenever we chose to do so. This coworker was from India, where cricket is very popular (we spent much of the game explaining and contrasting the two sports to each other). Cricket is also a clock-less sport, and matches tend to run much longer than baseball games do, so it was no surprise to my coworker when the baseball game ran long. We were determined to see the end of the game, so we stayed. The trouble is, you have no idea whether the game will last another five minutes or five hours: the White Sox once played a 25-inning, 8-hour game over the course of two days.

As the game went on, the number of fans in the stands dwindled considerably. People clearly had other priorities, such as catching some sleep before work or school the next day. Beer sales ended in the seventh inning, although they did keep a few concession stands open to sell bottled water. The out-of-town scoreboard eventually showed a final score for every other Major League Baseball game in the country. Due to time zones, west coast night games start two hours later than a White Sox night game, but all the west coast games were completed as the game we were watching dragged on into the 14th inning. We were the last fans attending the last MLB game in the country that night. In the middle of the 14th inning there was a crowd stretch and the organist played Take Me Out to the Ballgame for the second time that night: that’s when I learned that the “7th inning stretch” is actually an “every 7th inning stretch”. Finally, the White Sox won in the bottom of the 14th, and our loyalty was rewarded.

So I once made it through 14 innings, but as an adult I’ve never made it through an entire 18-inning doubleheader (I seem to recall doing so as a child, but I can’t be sure). These days single admission 18-inning doubleheaders are rare; owners prefer to schedule 81 home single-game admissions over the course of a 162-game season, rather than combine gates. Even when rainouts force two games to be played on the same day, owners prefer day/night doubleheaders with separate gates. However, the White Sox would occasionally schedule makeup games as true back-to-back doubleheaders with one admission, meaning you could walk into the stadium at 4:10pm or so and watch two games and 18-innings (at least) of baseball. As much as I love watching baseball, I never quite mustered up the motivation to leave work early and watch six hours or more of baseball in person in one day. 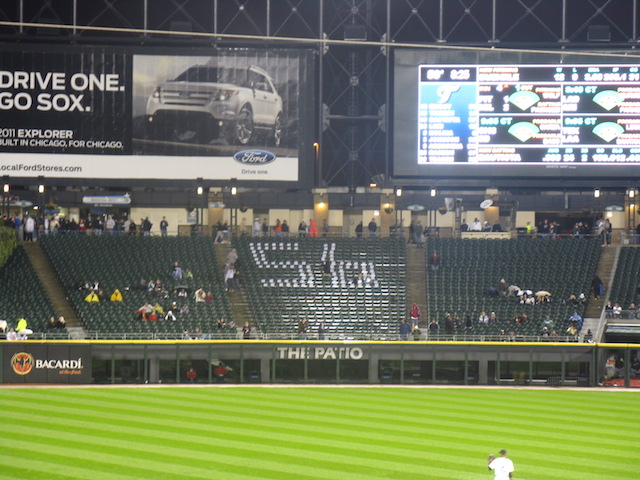 The primary reason for the increase in the length of baseball games, I believe, is the influence of analytics on the sport. Analytics causes managers and players to overthink every minor decision to be made over the course of a game: what pitch to throw, what pitch to swing at, what pitcher to bring into the game to face what batter, etc. It slows the game down, and reduces enjoyment for the fans.

The COVID-19 pandemic has forced baseball to speed up games, to reduce the workload on players and to make it easier to adhere to travel schedules and pre-game health screenings. I am hopeful that two of these changes will last beyond the pandemic: starting each inning after 9 with a runner on second base, and two 7-inning games for doubleheaders. Yes, it is unnatural to start an inning with a runner on second, but almost all sports have different rules for overtime play, to hopefully cause the game to reach a more rapid conclusion. Basketball has short 5-minute periods, hockey plays 3-on-3 before going to a shootout, soccer has shootouts, and football does something too complicated to describe in a short blog post. Two 7-innings games for a doubleheader might make it possible for adult me to actually see an entire doubleheader in person for the first time ever.

To further speed up baseball games, the sport needs to learn from one of the best players ever at controlling the pace of play: White Sox pitcher Mark Buehrle. Buehrle was a “get it and chuck it” pitcher who did not overthink what pitch to throw next. He kept hitters off balance by getting into a rhythm and working at a fast pace, which allowed the hitters less time than usual to prepare for the next pitch. When he was on his game, as he was during his perfect game which was played in 2 hours and 3 minutes, he would paint the corners, forcing hitters into making weak contact, instead of trying to throw three strikes past each hitter. Buehrle’s fastball was a mere 91 miles per hour in his youth, and 89 miles per hour later in his career. Yet because he could locate his pitches and mix them up, and because he controlled the pace of the game, he ended up winning 214 major league games and having his number retired by the White Sox. Analytically-inclined baseball sages didn’t like Mark Buehrle, but the fans sure did. Buehrle was a winner, and sped up the game to the advantage of himself and his team.