tl;dr: A pleasant enough diversion and a welcome return to the in-person cinema experience...

I sure hope the in-person cinema experience survives the COVID-19 pandemic. It probably will, albeit in a more expensive, less prevalent form, as shuttered movie theaters fail to reopen or fail to find a sufficient audience when they do. Maybe I’m hopelessly old school, but I find the big screen movie theater experience to be a more enjoyable, immersive way of experiencing a film than streaming it at home.

Movie theater chains did provide some entertainment during the pandemic, as the WallStreetBets subreddit and Robinhood crowd piled into AMC’s stock, as well as Gamestop, to undertake short squeezes. The dominant movie theater chain where I live had no such attention paid to it: Harkins Theaters is a family-owned chain founded in Tempe, Arizona in 1933, which has grown to span several Western states. I hope they make it, as they do provide an above-average experience. The last pre-pandemic movie that I saw in person, at my local Harkins, was Frozen II. For our return to the movies, my wife and I chose Hitman’s Wife’s Bodyguard (HWB), as we were seeking some diversionary fun. The popcorn was fresh; the theater was clean, comfortable, and sparsely populated; and the movie mostly delivered. 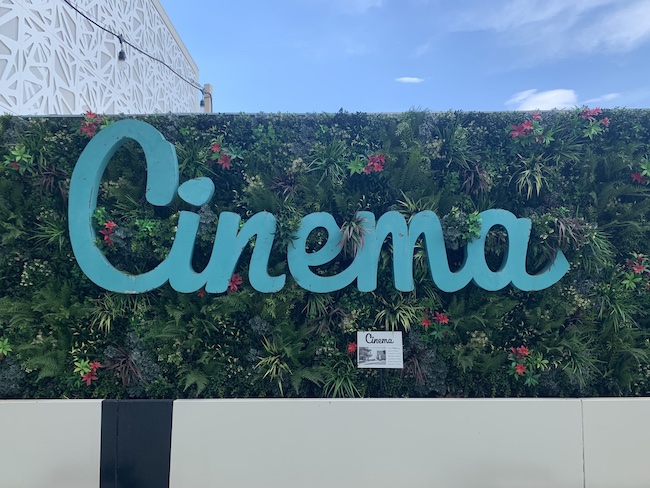 Focusing on the movie: I knew going in that HWB was a sequel to a movie that I had not seen, which turns out to be The Hitman’s Bodyguard. However it’s not too hard to pick up the storyline and characters when walking into HWB cold. These films may be an attempt to build a movie franchise around the two main characters, neurotic bodyguard Michael Bryce (Ryan Reynolds) and cool-as-ice, invincible hitman Darius Kincaid (Samuel Jackson). Any resemblance of the Samuel Jackson character to the most famous role he ever played, Jules Winnfield in 1994’s Pulp Fiction, is no doubt entirely intentional. If you want to see Samuel Jackson at the absolute top of his game, see that movie.

With recycled characters, exotic European locations, nonstop comic-book style action and violence (albeit gory), and assorted humorous bits, HWB reminds me a bit of the James Bond and Pink Panther movie franchises. It suffers from the comparison, however: I don’t see the Hitman’s Bodyguard franchise lasting for decades as those other two have. I found the Michael Bryce character’s neuroses to be a bit annoying and at odds with his supposed professional success as a professional bodyguard, which requires a high degree of courage and autonomy. Perhaps they are trying to make Bryce into an Inspector Clouseau-like professional: someone who is so incompetent that his bumbling becomes humorous, and who manages to achieve his objectives in the end anyway through sheer luck. There were some humorous moments with the Bryce character, but if the goal was to achieve Clouseau-like farce, HWB fell short. 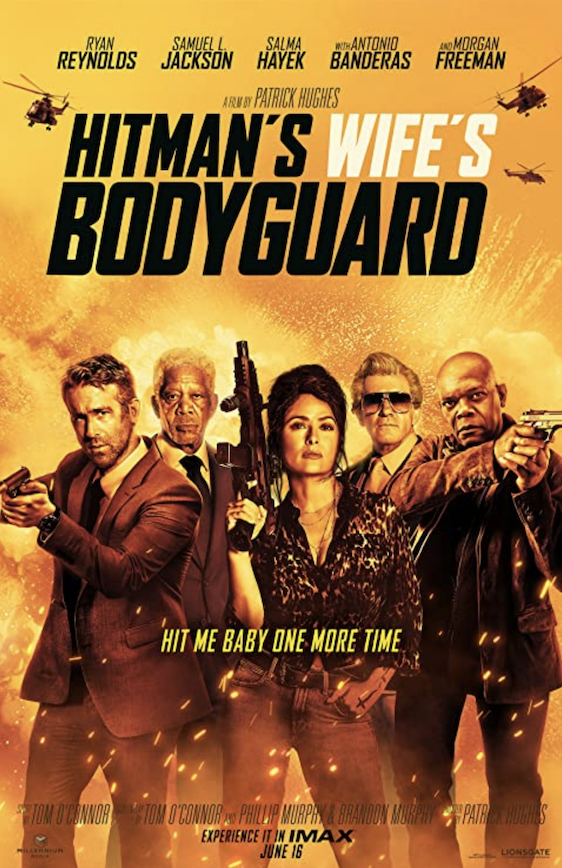 Much of the movie takes place in several picturesque Italian coastal cities, and I enjoyed the footage of places that I’ve never visited and which are now harder to reach. I would have enjoyed even more of the scenery had the director and cinematographer chosen to linger a bit. The action was too fast-paced for my tastes, and I lost the plot thread several times (“why do they need to go to Capri now?”). There’s plenty of action, for fans of gunfights in which the heroes always survive. The intimacy, between the Samuel Jackson and Salma Hayek characters, takes place fully clothed, although it is several times discussed in graphic language. Overall, HWB wasn’t filmed in accordance with my own personal tastes.

Another reason I worry about the long term survival of the cinema is the ages of the stars of HWB. The youngest stars are Ryan Reynolds, 44, and Salma Hayek, who is 54. Antonio Banderas is 60, Samuel Jackson is 72, and Morgan Freeman is 84. While they all acted like the experienced pros that they are, with Salma Hayek’s work being the most noteworthy, HWB will not finish in the top five of any of those stars’ most memorable acting performances. As I get older I appreciate more the sports stars who hang on and keep contributing to their teams, even at a lower level than in their prime. But sport, and the movies, needs new stars to carry most of the load and to appeal to younger audiences. HWB is unlikely to bring in many new, young moviegoers.

HWB isn’t a masterpiece, but it is an enjoyable enough way to spend a couple hours, especially when you haven’t been to the movies in a year and a half.