Book review: Viral: The Search for the Origin of COVID-19, by Alina Chan and Matt Ridley

tl;dr: If you are at all interested in the #OriginOfCovid, you must read this gripping presentation of the facts known to date...

If you have been relying upon stories in the mainstream media to learn about where COVID-19 may have come from and how the pandemic started, you probably only know 5 to 10% of the facts which appear in this book, with citations for the original sources. For example, I had not heard that there have been four documented lab leaks of the SARS-CoV virus that caused the first SARS outbreak in 2003. The authors of Viral have done an impressive job of assembling and presenting as many relevant pieces of information as can fit in a book that is still highly readable. Viral reads like a bestselling murder-mystery whodunit, except that it is all real and the death toll is currently in the millions. That makes it one of the most important books in print right now.

Until I read Viral, I had only a basic awareness of the experiments on viruses being performed in bioscience labs around the world, all for a good cause, namely preventing exactly the sort of pandemic that arose. So science in general, and the Wuhan Institute of Virology (WIV) in particular, have failed us in that respect. But did science do something much worse and cause the pandemic, by bringing dangerous viruses to Wuhan, experimenting with them, possibly enhancing them, and then being caught unawares when a virus escaped into the general population? Unfortunately Viral presents many facts that point to that conclusion.

In reading the data presented on lab accidents worldwide that have occurred in the recent past, the hair on the back of my neck stood up. It is absolutely clear that bioscientists are not operating with sufficient caution and are putting the entire population of the planet at risk. It's shocking that many more people fear nuclear science and a nuclear accident when biological science is much more likely to kill millions of people through an accident. 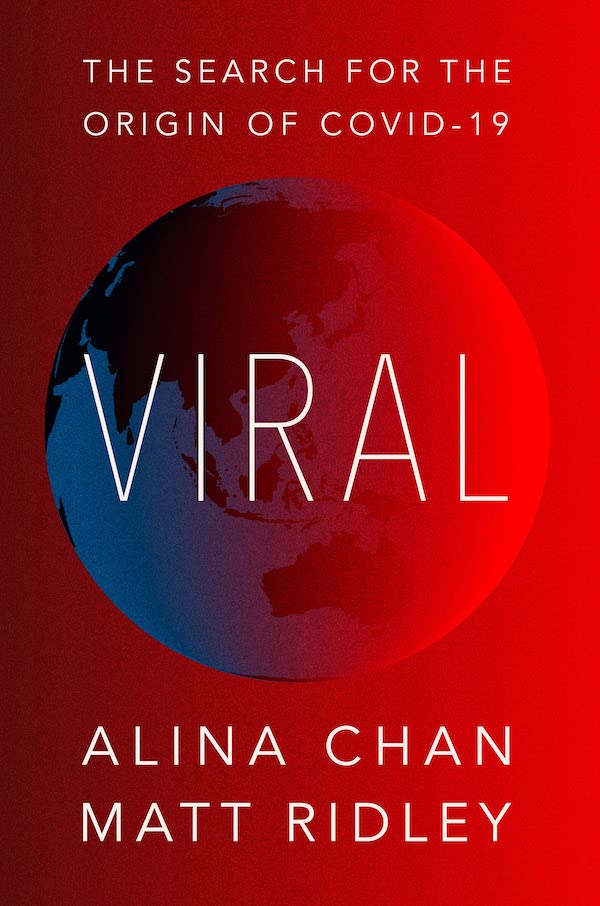 Viral presents facts and evidence, and closes with the strongest possible contrasting arguments in favor of natural origin for the COVID-19 virus and a laboratory origin. As the authors state, it is impossible to know for sure, given the lack of information, which origin story is most correct. What is not in dispute is that the Chinese Communist Party (CCP: I like to differentiate between the CCP and the Chinese people) has withheld critical information and is doing everything it can to divert attention away from any virus origin explanation that implicates the CCP for any errors.

Alas, China did not operate in a vacuum. The U.S. government and scientific establishment supported the work in Wuhan both financially and through knowledge transfer and cooperation, as did scientists in countries around the world. A laboratory origin implicates the entire establishment, which is why many in it appear to be obstructing the search for the truth.

After reading Viral, where do I think the virus originated? I’m 80% certain that science had a role in causing the pandemic, and would only give a 20% chance to the virus having originated completely naturally. “Lab leak” covers a broad range of scientific errors, including scientists going out into the field, with inadequate protective garb, to collect samples from bat caves and bringing an undetected infection back to Wuhan. Science probably was much much more involved than that, given the mind-boggling virus manipulation experiments going on in the labs of the WIV, with some of those experiments taking place at only a BSL-2 level, which appears to be not much more than a lab bench with an exhaust hood. Even the CCP has now banned this practice.

Biology research labs are complex systems. As has been demonstrated throughout history (see the book To Engineer Is Human: The Role of Failure in Successful Design), all it takes is one small error somewhere along the way and a system can later undergo a catastrophic failure. It would be ludicrous for the genetic engineers to expect to be immune from the sorts of problems that have plagued all other branches of engineering.

What should we do about it? We need to start treating genetic engineering experiments on viruses and other organisms as being more dangerous than running a nuclear reactor. Would we let scientists run a nuclear reactor in a BSL-2 or BSL-3 lab? I honestly am not sure I see any benefit from these experiments, especially given the risk, and would be very happy to see them banned. I also see no reason to continue to collaborate with the CCP on scientific experiments, given how the CCP has behaved in this crisis. There are also institutions in the United States that need to be reformed: the NIH, the NIAID, and the science funding process that allows organizations such as Peter Daszak’s EcoHealth Alliance to funnel U.S. taxpayer money to a lab in China performing risky experiments in unsafe conditions. As for the World Health Organization, they have completely destroyed their credibility: we should stop funding them and replace them with an international body from like-minded countries that want to adhere to certain standards, foremost among them a desire to find the truth.

Viral is not a crackpot conspiracy book. It is a well-researched presentation of scientific facts. It is far and away the best discussion of the origins of COVID-19 that I have seen in print. I can not recommend it highly enough. You should read it quickly, as events are continuing to unfold. Since the book was published, there has now been a documented leak of the SARS-CoV-2 virus from a BSL-3 lab in the Republic of China (Taiwan).