Biology and I don’t quite agree

tl;dr: I prefer my sciences with a bit more accuracy, precision, and predictive capabilities...

Biology (and medical science, which is a subset of biology) has never been my favorite branch of science. I gravitated at a very early age to the scientific disciplines where it is possible to come up with a precise, accurate description of a system, and to determine an answer to a given problem: physics, electronics (a subset of physics), computer science, and mathematics (which is really tool to quantitatively describe the world). Chemistry was a bit too imprecise for my tastes: it was hard to know beforehand what would happen when two particular chemicals were combined. Biology was even less precise and less governed by ironclad laws. Beyond biology on this spectrum of scientific certainty, in my opinion, were the “soft” sciences: psychology, sociology, and economics. These were sometimes derisively called “pseudo-sciences” by my classmates at Cornell, which happened to house all three of these departments in one building on campus: see The Cornell building we should all regret.

I did well in biology in high school, however. I took Advanced Placement (AP) Biology and scored a 5 on the AP exam, which thrilled my biology teacher. She was correct that my score was a positive reflection on her, but she also thought I was potentially headed towards a career in the field. However, the reason I had taken the course and the exam was that it was the only AP science class offered at my high school. The other two AP classes offered were English and Calculus; I took all three and scored 5s in each. I would much rather have taken AP Physics, had it been offered. When I got to Cornell, physics and chemistry were required subjects for all engineering students; biology was not. My AP Biology exam score didn’t satisfy any graduation requirements. That ended up being the last biology course I took, because I had to concentrate on other subjects.

Biology, at least as far as I pursued it, involved too much nomenclature and memorization for my tastes. My high school did not teach Latin, so I would have been at a disadvantage had I pursued biology further. We didn’t perform any predictive experiments in the lab portion of AP Biology: we basically examined once-living organisms and described them. 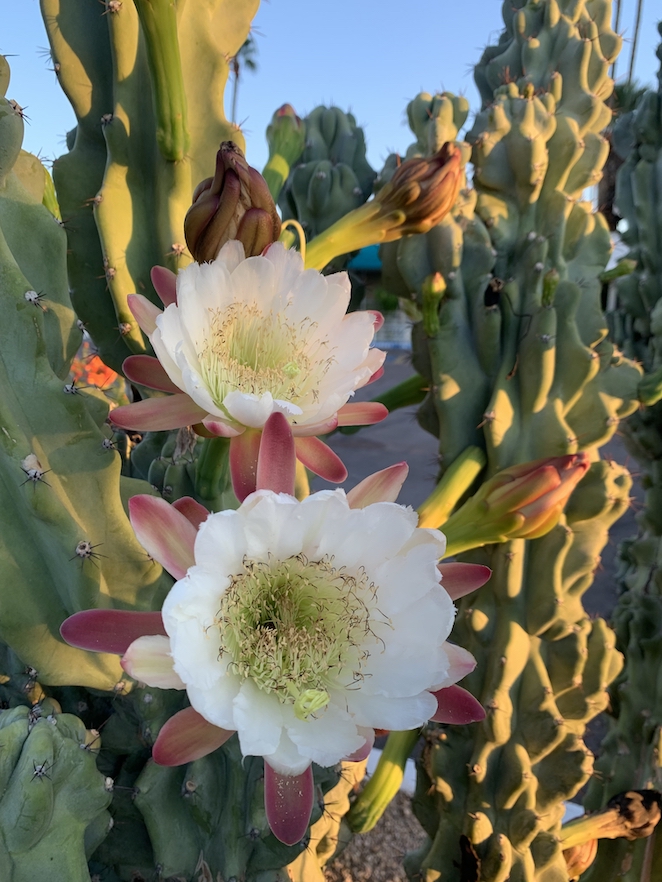 I did get to dissect a fetal pig. That episode highlighted another major problem I personally have with biology and medicine: I never developed the required “detachment” from living organisms in order to be able to treat them as objects of experimentation. I have no trouble tearing apart a car engine with a wrench, or cutting into an electronic circuit with pliers. But if I tried to do the same disassembly on a living organism, whether human or animal, I would get squeamish. I can never get my mind to forget that I am altering the body of something that is alive, as opposed to an inanimate machine.

To this day I don’t like the site of blood. I once fainted when I watched a surgeon cut into my wife for a minor operation in which she remained conscious the entire time. (However, I was fine while assisting with the births of our children: birth is a natural process.) Even now, when I read about biological experiments in which operations are performed on animals, or in which animals are infected and then have to be destroyed after the experiment is over, I cringe. It takes a certain type of person to be able to perform those experiments (I’ll let you apply your own label or adjective). I am most definitely not that type of person.

While I was in college I had an experience that shook some of my faith in the medical profession, the most important branch of biology. I returned to the house where I was living to find one of my housemates curled up in a ball on the floor complaining of severe stomach pain. Another friend with a car and I rushed him to the emergency room of the county hospital, where he was admitted and spent a few days while doctors ran all sorts of tests. The pain went away, the tests all were negative, and he was ultimately discharged with no explanation for what had caused his painful episode. If I hadn’t known it already, that episode drove home the fact that medical science did not have all the answers.

We’re not too far removed from a time when leeches were routinely used by medical doctors. Traditional Chinese medicine, which often prescribes eating exotic animals or portions of exotic animals (such as pangolin scales) as cures for various human ailments, is still being practiced, and may contribute to the interspecies movement of viruses. Even today in Western medicine, there are some diseases that appear to lack biological causes such as chronic fatigue syndrome, fibromyalgia, and now “long COVID”. Either medical science has not yet advanced far enough to understand these diseases, or their causes are purely in the mind of the sufferer. Some aspects of medicine are still shrouded in mysticism.

There’s plenty of hard science being done in the fields of biology and medicine which has greatly benefited humanity: the human genome project, miracle drugs, vaccines, surgical procedures, etc. If I ever develop cancer, I’m going to want the latest advancements in medical science brought to bear on my case. To be fair to biology and medicine, lifeforms are hugely complex systems, even more so than the weather and climate, which makes them hard to accurately characterize and predict. Getting the “right” answer in biology is much more difficult than it is in computer science or mathematics; in many cases, it is simply impossible.

Biology and I do not quite agree. Hence I am skeptical when biologists make pronouncements, and when public health officials are given so much control over our lives. I also do not trust biologists’ ability to safely perform experiments such as “generating a potentially dangerous virus in the laboratory”.