Another war for oil (energy)

tl;dr: It’s hard to forecast how the war will end, but it is becoming more clear what it is about...

Here’s my attempt to play amateur geopolitical analyst and to make some sense, in my own mind if nowhere else, of the War with Russia. History will tell how accurate these musings prove to be.

This is not merely a border dispute, i.e. a war over who gets to rule the majority Russian-speaking Donbas region, Kyiv or Moscow. The amount of resources the United States government has committed to the Ukrainians, $40 billion and counting, and the pain the U.S. and western allies are enduring due to the sanctions, speaks to something much larger being at stake.

The western sanctions have not (yet?) achieved their desired effect. There are two parties to every voluntary economic transaction, each of whom believes the transaction to be to their benefit, so both parties are harmed when the transaction is artificially prevented. The U.S. and the west appear to need Russia’s exports, especially energy, food, fertilizer and other commodities, more than Russia needs a convenient market and the money and other goods and services they receive in return. After an initial plunge in value, the Russian ruble has now gained strength in 2022 against both the U.S. dollar and the Euro. Europe in particular is suffering from energy shortages and high prices. The great German export engine has reversed, with Germany now running a trade deficit for the first time in over thirty years.

I think the clear, demonstrated need that the U.S. and allies have for inexpensive Russian commodities, especially energy, speaks to the primary objective of the U.S. and allies: access to inexpensive Russian energy resources. Russia is rich in natural resources, including oil, natural gas, and uranium, if one includes the former Soviet republic of Kazakhstan. Energy resources in the ground can be captured in a war and extracted for decades thereafter by the victors. Russia doesn’t need to become the fifty-first state of the United States for this to happen. It can be achieved by replacing the current Russian regime with one that is favorably inclined to doing business with the U.S. and allies.

Some fear Russia’s ally, China, doing to Taiwan what Russia is currently doing to Ukraine, to capture Taiwan’s strategically important semiconductor fabs. However, were China to launch a military assault on Taiwan, the fabs, if they weren’t damaged in battle, would be useless without the skilled Taiwanese engineers and technicians to run them, who would presumably flee. Natural resource extraction also requires skilled personnel, but since the U.S. and allies have the necessary expertise, all they need is control of the resources in the ground in Russia. 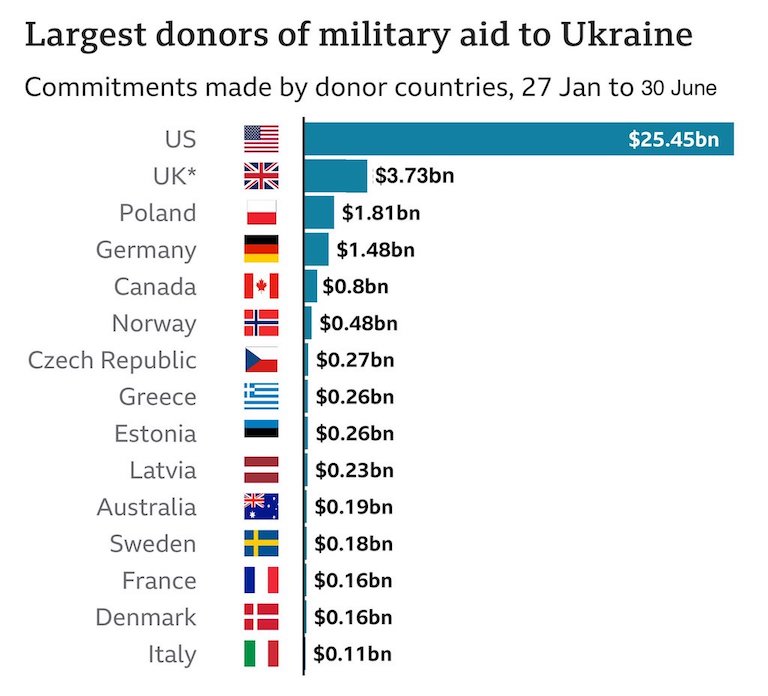 In a sense the U.S. and western allies never fully claimed the prize from winning the Cold War with the former Soviet Union. Some former Soviet republics were welcomed into NATO, whose boundaries grew ever eastward towards Russia. U.S. and western companies expanded all the way into Russia. Ukraine leaned ever westward, with the son of the then-U.S. Vice President (and now U.S. President) serving on the board of directors of Ukraine’s largest natural gas producer.

Sitting on the other side of the Russia-Ukraine border watching all this happen, I’m sure it looked to Vladimir Putin as though Russia would also inexorably be fully assimilated into the western sphere of influence. For Putin and his oligarchs (cronies), this led to the current existential war with the west, to prevent the western politicians, oligarchs, and cronies from directing the affairs of Russia and profiting accordingly. I don’t agree with some in the U.S. who claim that President Trump was a mere puppet put into office and controlled by Putin. I do think Trump delayed the existential Russian war because Trump was a disruptive force among the allies and showed little desire to continue the push eastwards. When Trump left office and the U.S. beat a hasty retreat from Afghanistan, I think Putin determined that he needed to start the existential war at that time, or never.

I don’t think this war ends even if Ukraine regains all the lost territory and Russian troops retreat behind the Russia-Ukraine border. I don’t think the U.S. and allies will allow Putin to remain in power. If Russia succeeds in gaining some Ukrainian territory, the U.S. will keep pumping in weaponry as long as there are Ukrainian resistance fighters willing to do battle with the Russians. If Russia captures and holds all of Ukraine, the battle will likely move to the next former Soviet republic in Putin’s sight, which is Moldova according to Peter Zeihan. The U.S. is stuck being the primary funder of the war on the allied side because Putin is more able to retaliate, both economically and militarily, against Europe than the U.S.

Russia has thousands of nuclear weapons, making it risky for the U.S. and allies to escalate. Unfortunately for the Ukrainian people, a long, drawn-out quagmire, similar to the Soviet and U.S. invasions of Afghanistan, serves the interests of the U.S. and allies. The U.S. is hoping to weaken Russia so that the Putin government eventually falls. Barring Putin suddenly dropping dead due to health or other causes, we’re a long way from that point. Instead, U.S. and allied governments appear more likely to change and fall, due to elections, voter dissatisfaction with the state of their economies, and other issues. Prime Minister Boris Johnson of the U.K., the number two allied funder of the War with Russia, just resigned this week.

Possible ways for the war to end:

It’s hard to forecast how the war will end, but it is becoming more clear what it is about.

Related post: Not everyone loves a good proxy war