tl;dr: Educational and entertaining explanation of how the human brain thinks...

In his professional life, Jeff Hawkins is a software engineer and a successful high-tech entrepreneur. Like some computer scientists, he is intrigued by the attempts and failings over the decades to develop computer-based artificial intelligence. This passion led him to pursue additional academic training and to put much thought and research into how the human mind thinks and how that process is different from a computer’s. In On Intelligence, Hawkins explains to the layman what is known about the human brain’s workings today, and also proposes his theory as to the primary mechanism by which the human mind performs the higher-level thought processes typically associated with intelligence. 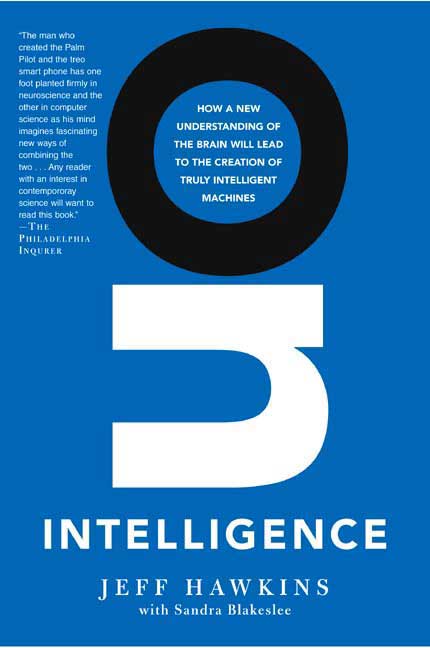 Hawkins calls his theory the “memory-predictive framework”, and it certainly seemed compelling to this reader. The basic idea is that the behavior and organization of the neurons in the neocortex is such that they are continually looking for patterns of stimuli that they have been exposed to before as well as making predictions about what will come next. The neurons remember patterns and predict the next stimuli. Then, through the interconnected hierarchical organization of different layers of neurons, higher levels of intelligence are built up with the end result being a human brain that achieves self-consciousness and abstract thought. Hawkins builds his case with evidence from scientific studies of the brain’s physical structure as well as behavioral examples illustrating how his theory can explain, for example, how an athlete learns to catch a ball.

Not being a scientist who studies the human brain for a living, I can’t render an opinion as to how groundbreaking or not Hawkins’ theory is. But that debate is one for the academics. For laypeople with some scientific background and a desire to learn about how the human brain works, I can heartily recommend On Intelligence. I learned a lot, and what Hawkins said seemed to make a lot of sense. He also shows just how different the human mind is from computers, which is why we are still a long way off from a computer replicating the human thought process.