Book review: In The Plex: How Google Thinks, Works, and Shapes Our Lives, by Steven Levy

If you've read Wired Magazine, there is a good chance that you've read Steven Levy. Levy has a love of technology and a talent for translating "geek speak" into language that is understandable by the non-engineering masses. He must also have an easygoing, non-threatening personality, because for In The Plex (ITP) he was able to gain access to and interview many of the key people inside a fairly secretive Silicon Valley company, Google. The result is an entertaining, informative history of Google, from its birth in the graduate computer science program at Stanford to its current position as one of the most valuable companies on Earth. 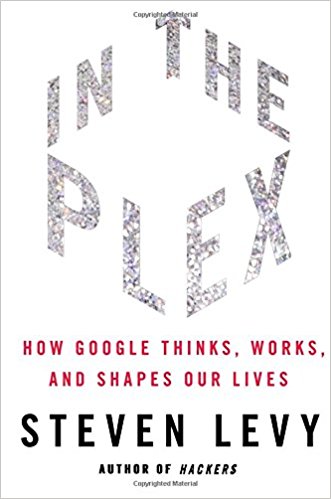 I learned more from ITP than I do from most business books, or books about business. On the technical side, Levy provides enough of a layman's description of Google's search engine, its Adwords program, and its data centers and other technologies to get a decent understanding of what the company actually produces. ITP hits all the major events of Google's business as it grows, goes public, and starts acquiring other companies. Levy delves into the management style and practices of the company, some of which are unusual even by Silicon Valley standards, and shows how some of those practices stem from the upbringings of the two company founders. Interspersed throughout the book Levy offers insights into the personalities and backgrounds of the founders Larry Page and Sergey Brin, CEO Eric Schmidt, and some of the other long-time employees at the company.

By the end I had gained not only a much better understanding but also a bit more respect for the company. Yes, there were other computer scientists working on somewhat similar "page view" web search technologies at the time, as Levy demonstrates, but Larry and Sergey were the ones who managed to create a powerhouse company that today is a lot more than just a better search engine.

I feel that Levy does, however, paint a slightly more rosy picture of Google than he should. The biggest justifiable criticism of Google regards privacy, or the lack thereof in the Google ecosystem. As Levy states, some of these concerns are generational in nature, with younger people not as concerned about privacy. But it is also true that when a commercial company has access to your email, documents and financial transactions, that information could be used against you or for purposes contrary to your wishes. There are many battles, with Google and the government, yet to be fought over these issues.

All in all I definitely recommend In The Plex.