Dune is as relevant now as when it was written, because it is first and foremost a book about power and politics. Although the setting is exotic, it is a case study in the different ways that a person can acquire power and rule over others, overtly and covertly. The lessons that Dune teaches are repeated in the daily newspapers of today, and will be recognizable to anyone who pays attention to what happens in the political arena and inside nearly any institution. 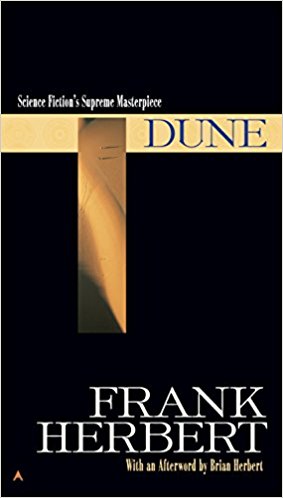 Dune juxtaposes future technology, including interplanetary space travel, with the political institutions of the past. While technology has progressed from the present day, the ruling institutions more closely resemble those of the medieval era: families, tribes, hereditary rulers, religious orders, and secret societies. Furthermore, the actions of these ruling bodies are quite barbaric. I don't believe author Frank Herbert is saying that politics will devolve in the future. Rather, these familiar structures make for compelling drama, and provide a recognizable structure for Herbert to convey his views.

Dune is an exquisitely detailed work of art. In an afterword, Frank Herbert's son provides insight into his father's labors in producing his masterpiece. That attention to detail comes through in every page, in everything from Herbert's invented words to his descriptions of the invented plants, animals and things which populate the world of Dune. Far too much science fiction is written in a slapdash manner. Dune is one of the best examples of the craft, and worthy of its place as one of the most honored science fiction books in history.