I am a huge Philip Roth fan. I consider The Counterlife to be one of the best books I've ever read, and I have thoroughly enjoyed almost all of Roth's output since then (I still plan to go back in time and read early Roth). I find that Roth captures the essence of being an American male in the latter 20th and early 21st centuries better and more consistently than any other author. He has thoroughly explored the many aspects of men's life experiences, and now, as he approaches the end of his career, his thoughts and writings naturally focus on death. Roth has chosen the format of the novella for his final works, and I did enjoy the ones he published before The Humbling. I say all this to point out that I was positively biased towards enjoying The Humbling, and yet I did not. To me, it certainly can't stand up to his greatest works, or even the novellas that preceded it. 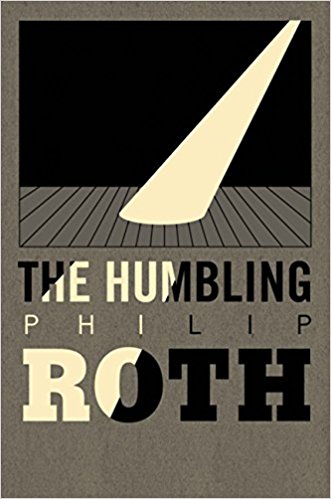 I don't think my opinion is due to the subject matter. The main character in The Humbling is an aging legendary stage actor who one day finds himself unable to perform because he has "lost it". This is a common fear experienced by most professional people, and one that Roth has written about before. It would be far too simple-minded for me to say that Roth has also "lost it". Rather, I think he has tackled a topic that is too broad in scope for the novella format. The main character's episode of "losing it" leads to other complications and dark feelings, which are only partially explored. The main character interacts with several other troubled characters, and due to space constraints their thought processes and feelings remain mostly unknown. The transitions between events are abrupt: all of a sudden a character shows up or leaves, without much explanation. The storyline unfolds chronologically and without shifting focus, with none of the literary inventiveness that Roth displays in his well-acclaimed novels.

In short I think that Roth has chosen a topic and a storyline that is worthy of another "great American novel", but is unable to successfully pull it off in novella form. It would have been interesting to see him turn these same characters and storyline into a novel; in his prime, he would have produced a masterpiece. But unfortunately The Humbling leaves me disappointed and wanting to turn back the clock.