tl;dr: Everyman may not be every man, but it does capture many American male struggles and angst...

The popularity and critical acclaim that Philip Roth has earned over the course of a fifty year literary career must stem from some basic truths that appeal to a fairly wide audience of readers and critics. If these truths weren't clear by now, Everyman makes them readily apparent: Philip Roth's works speak to the struggles, angst, foibles and follies of the educated upper middle class American male. What women may think of Philip Roth I have no idea, except by judging the reactions of female readers, which tend to be much less positive than male readers' reactions. Perhaps what Oprah and "The View" do for women, Philip Roth does for men. 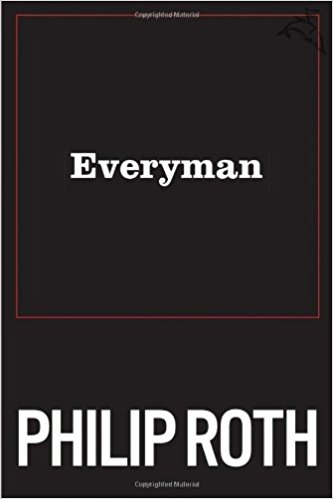 The basic structure of Everyman is a man recounting (and often lamenting) the major episodes in his life, as he looks back while facing the inevitable and yet unpredictable end. Everyman springs from earth that Roth has tilled many times before: childhood in northeastern New Jersey; love, intimacy, marriage and divorce; family, especially fathers and brothers; and physical ailments and death. There is a particular emphasis in Everyman on the travails of aging, and the inevitable, inexorable decline as each person falls from the height of his powers to an often slow, agonizing, lonely death.

Although the details of each man's life differ, I believe that many upper middle class American men will identify with the struggles of the main character in Everyman. He divorces three times, and while not every American man will do so, I think most will be able to identify with the forces that the main character struggles with. As time goes on, he ends up estranged from several close relations and his loneliness mounts, which are certainly issues that many older people face. The portrayal that Everyman presents of aging and death is not a nice one, but it may be an all too common one.

Being a short novel, Everyman does not have the space for long tangential off-shoots of narrative, or passages rooted in alternate realities, or other literary techniques employed by Roth in his longer works. In that sense it is one of his more straightforward works, and yet it does read as a complete unabbreviated work. Because Roth is capable of much more inventive works of literature, I wouldn't rank Everyman among his best, but for what it is, a short novel, it did please this reader.