Cormac McCarthy's The Road is without a doubt the most powerfully moving, thought provoking and memorable book I have read in years. It is also by far the most depressing.

If you've read Nevil Shute's On the Beach, which also portrays the world and its few remaining survivors living and then dying amid the aftereffects of an all out nuclear war, you may have an inkling of what to expect. On a timeline The Road takes place several years after On the Beach would have. By then the world is an even deader place, the people more desperate, the last shreds of humanity all but gone. On the Beach was an impactful book for its time, but in my judgment The Road is an order of magnitude more powerful. 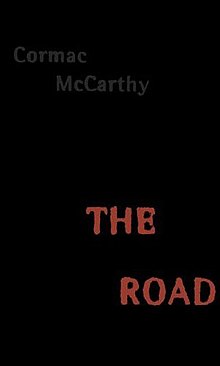 The Road focuses on a father and son trying to head south ahead of the winter as the world becomes even colder, bleaker and more barren. They have no idea what they are seeking or what ultimately awaits them. The Road raises many thought provoking questions, but chief among them is the question "why?": in a world so desolate, with death all around them, why do they still have hope and why do they persevere? And although The Road takes place after a nuclear holocaust, the questions it raises can find many parallels with the aftereffects of other disasters and tragedies, both personal and societal.

The effect on the reader that Cormac McCarthy creates with mere words is astonishing. His sentences are poetically haunting, at times clinical and at other times hallucinatory, matching the throes that his characters experience. The net effect is so powerful that at times I felt as though the back of my own throat was raw from having breathed in the omnipresent dust and smoke that pervades McCarthy's post-apocalyptic world.

Although I can easily see why this book won the Pulitzer Prize, I am certain it will not appeal to many. Like other powerful depressants, it should not be combined with sleeping pills or alcohol. But if you have the strength of mind to fully separate fact from fiction, you may also find The Road to be a book you will never forget.