Editor Laura Furman has been overseeing the choice of stories for the O. Henry Prize story collection for more than a few years now, and I feel that with this year's volume she finally has honed her selection mechanism to make good choices ninety percent of the time. Only two of the twenty stories were duds, in my opinion, with the rest being worthwhile reads at a minimum. As a result she has produced her best volume ever, and one of the best short story anthologies that I have read in a long time (I also read the Best American Short Story anthology every year). So if you are looking for a great sampler of state-of-the-art short story writing, look no further.

It is rare for me to agree with the jurists, but this year two of the three jurists and I all agree that the best story in the collection is Yiyun Lee's "Kindness". Some of this may be due to the interest I and others have in what life is like for commoners inside China. The subject of the story is an introverted Chinese woman, and the plot, such as it is, covers the very few significant interactions with others that she has in her life. The story, which might actually be lengthy enough to qualify as a novella, touches the reader's heart and soul by showing how in even the bleakest circumstances there are human connections that can sustain an individual. 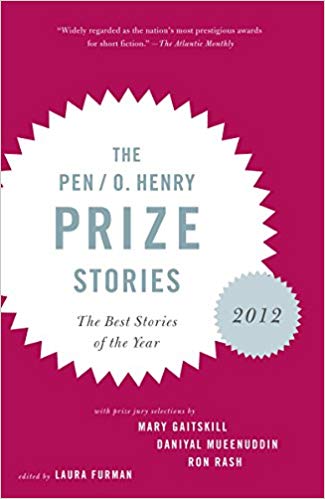 Other stories which I particularly enjoyed were:

--Kevin Wilson's "A Birth in the Woods", which although perhaps a bit over-the-top in the events it describes, does illustrate the degree to which the beliefs of parents can impact a child.

--Ann Packer's "Things Said or Done", which revolves around an adult broken family and which illuminates some of the challenges of marriage and aging.

--Steven Millhauser's "Phantoms", a story about a town inhabited by phantoms that illustrates the many ways, both bad and good, that people treat folks who are strange or different than them.

The two duds were John Berger's "A Brush", which tried to create something from nothing but failed, and Wendell Berry's "Nothing Living Lives Alone", which was so forgettable that I've forgotten why I didn't care for it.

As always I urge readers to check out short story collections as a great way to get exposed to a variety of different authors in a short amount of time. You can't go wrong by choosing and reading this volume.