tl;dr: Decent collection, but not the all-time best...

Short story anthologies are a great way to get exposed to the writings of many different authors, and in general I recommend them for busy readers. I read both the PEN/O. Henry series and the Best American series every year, and overall I don't see a major difference in story quality between them. The PEN/O. Henry volumes tend to be more uniform from year to year, because the same editor chooses the stories every year, whereas sometimes the guest editors of the Best American series strongly bias the selections according to their own tastes and dispositions. This year's installment of the PEN/O. Henry Prize Stories series contains a wide variety of stories on disparate topics and is once again worth reading if you are interested in a short story sampler.

My favorite story was Matthew Neill Null's "Something You Can't Live Without", a tale of two intertwined double crossings that takes place in 1800s rural America. The dialogue, descriptions and settings are wonderfully evocative of a long-ago time and place, and the action builds to a surprising conclusion in the best of the O. Henry tradition. The short story can take many forms, as this collection proves, but there is still something immensely satisfying about a well-written story with a plot twist at the end that conveys a moral. "Something You Can't Live Without" is certainly the most traditional short story in this collection, but I think it is also the one with the widest appeal. 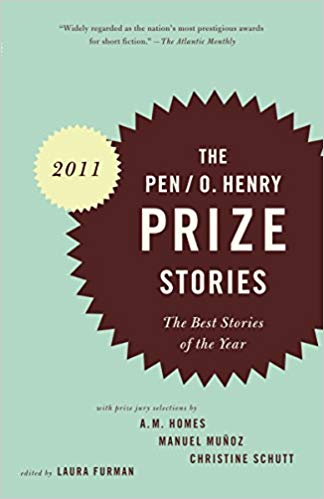 Other notable stories, for me, were:

--Chris Adrian's "The Black Square" this story requires one major suspension of disbelief by the reader, but if the reader grants the author the plot element that is the title of the story, what follows is a moving story about life, death, suicide, outcasts, and transformation. What is most interesting about the story "The Black Square" is how people think about and behave towards the black square, not the black square itself, which appears to violate several laws of physics.

--Lynn Freed's "Sunshine": some readers may find this story disturbing, but this tale of a feral girl brought in from the wild to be tamed by a powerful wealthy man who has his own faults and perversions is the story most likely to be remembered from this volume. "Sunshine" is a dark tale of power and the master/slave relationship, and it is up to the reader to decide how well the lessons it contains can be extended to larger groups and, perhaps, countries.

Two stories which provoked no response in me whatsoever except to wish that my time had been better spent were Adam Foulds' "The Rules Are the Rules" and Leslie Parry's "The Vanishing American". Nothing much happened in either story, the characters were a strange hodgepodge, and it didn't appear that the authors had any important thoughts to convey. Fortunately these were the only two complete duds, in my opinion.

Yes, I am glad I read the 2011 PEN/O. Henry Prize Stories. Although not the best volume ever, it was certainly good enough to keep me reading this series in the future.