tl;dr: The state of the art of the short story...

In the 2008 edition of The O. Henry Prize Stories, Editor Laura Furman has broadened her selections to include a wider stylistic variety of stories than prior years. She still exhibits a tendency to select stories concerning darker, depressive or morbid subject matter. Yet in this year's volume the stories take such different forms and showcase such different writing styles that the only underlying characteristic that almost all of them share is they truly are excellent examples of the modern day short story.

Why care to read a collection of short stories? Guest juror David Means provides one of the most lucid explanations I've ever seen in his short essay included in this volume, which is as worth reading as any of the stories. "A great short story peels back and exposes some singular mystery about the human condition...", and "a great story, even a good one, thickens our sense of the perplexing essence of being human." I feel the same, which is why I read the O. Henry and Best American short story anthologies every year (plus they are great ways to be exposed to the work of many fine authors). 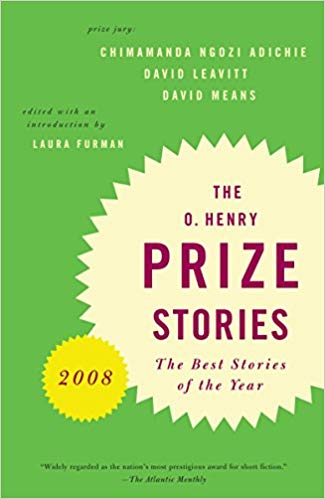 My favorite stories in this volume include:

--Sheila Kohler's "The Transitional Object", which I felt was the overall best story in the volume, because my favorite type of short story is still the classic O. Henry model: a short, tightly worded story with compelling characters, an interesting plot, and a twist at the very end, the sum of which communicates a moral about the human condition. Kohler's story is a very modern version of a classic form originally honed to perfection by the author who inspired this entire series.

--Shannon Cain's "The Necessity of Certain Behaviors", which poses an intriguing question (a young woman who leaves behind modern society to join a tribe of isolated aboriginal people) and provides some interesting answers that speak to modern day angst.

--David Malouf's "Every Move You Make", which provides some good lessons about obsessive love and the dangers of myth making.

The one story I disliked considerably was Alice Munro's "What Do You Want to Know For?". Ms. Munro seems to get an automatic bye into each annual volume of the O. Henry and Best American anthologies. It is time to stop this practice, and to start judging her stories on their own merits, although a blind test would fail because her stories are all instantly recognizable as hers: they all take place in Ontario and are concerned with the travails of upper middle class, late middle age women. Not being a late middle aged woman from Ontario, I don't identify with her writing at all, nor do I think it speaks to greater truths about the human condition. Surprisingly, one of the three jurors selected Munro's story as the best, although (amazingly) this juror also was not a late middle aged woman from Ontario, and (even more amazingly) he admitted that the story, "as is the case with most of Munro's work", had "apparent modesty" and "even artlessness". I'm sorry, but all I saw was the apparent modesty and even artlessness.

Hopefully next year Furman will produce her best volume yet by selecting the 20 best stories of the year, rather than the best 19 plus one from Alice Munro.