As in her two previous volumes (2003, 2005 - there was no O. Henry Prize volume dated 2004, forever throwing a kink into the collection on my bookshelf), series editor Laura Furman has gravitated toward subject matter that can only be described as dark and depressing. Yet the stories are so well written that the net effect is one of being moved by the power of the written word to experience aspects of the human condition well beyond the everyday. This is what good literature is supposed to do, and I would rank this year's volume as Furman's best so far.

To get an idea of the subject matter covered in this volume, one only has to take a careful look at some of the titles: "Mule Killers", "The Broad Estates of Death", "Disquisition on Tears", "The Plague of Doves", and "Famine". Other titles sound benign, however the subject matter is anything but (e.g. the last two stories, "Letters in the Snow" and "Window" are both about domestic abuse). But in all the stories, the subject matter isn't anywhere near the most important element. These stories expose the thought, logic and emotions that the characters caught in these situations experience, and hence take the reader into interesting places that are best experienced vicariously. 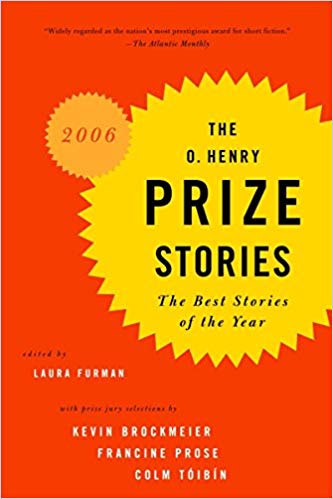 Each reader will no doubt have his/her own list of favorite stories. Mine were:

--"Window", by Deborah Eisenberg: I agree wholeheartedly with guest editor Francine Prose's assessment that the language, wording and pacing of Eisenberg's story are excellent, and that this story is the best of the best. There is even some humor sprinkled in at appropriate moments.

--"Wolves", by Susan Fromberg Schaeffer: this is a portrait of the final stage of a long marriage, in which creations of the mind take on a reality of their own (perhaps). Along with Xu Xi's "Famine" and Stephanie Reents' "Disquisition on Tears", which I also enjoyed, Schaeffer's "Wolves" utilizes the fictional form to its full advantage.

--"The Dressmaker's Child", by William Trevor: this story, more than any other, contains an O. Henry-like plot twist at the end, which turns the story into a masterful tale of entrapment.

--"Girls I Know", by Douglas Trevor: a contemporary story of class differences and how ambition (or lack thereof) can drastically affect outcomes in life.

My least favorite story, and the only one that I would have preferred not to have been included, was Terese Svodoba's "'80's Lilies", a story about what I have always known to be a futile quest: the attempt to seek out a sheltered, idyllic Garden of Eden to escape all the world's problems. The world just doesn't work that way, as these characters also discover (and they were supposed to be smart, educated folk).

I keep hoping that, one of these years, Furman will include some well-written stories that explore more positive aspects of human experience. But if you are willing to take a walk on the dark side, you will be amply rewarded. On the other hand, if you are looking for stories with more popular appeal, then the Best American Stories series is for you. I happen to enjoy both.