Guest editor Susan Orlean has served up an anthology of essays that emphasizes intelligent, well-written, powerful works that leave an impression long after one finishes reading them. There is a definite New York / Northeast intelligentsia bias in her selections, and for some reason dogs and cooking appear repeatedly as subjects, but aside from these quirks I feel she has performed her job admirably, and created the strongest volume over the past four years of this series (which is how long I've been reading it).

There are more than a few memorable essays in this volume. The most memorable essay is also the most maddening, Mark Greif's "Against Exercise". One hopes that Greif wrote this essay as an intellectual exercise, similar to an assignment in a debating society in which one has to create winning arguments for a position that is directly opposite one's own beliefs. Greif's essay is entirely one-sided, and he does an incredible smear job against a practice (exercise) that would certainly benefit the country as a whole if more Americans did it regularly. I was almost compelled to write a rebuttal, but refrained from doing so on the hope that Greif was just kidding. 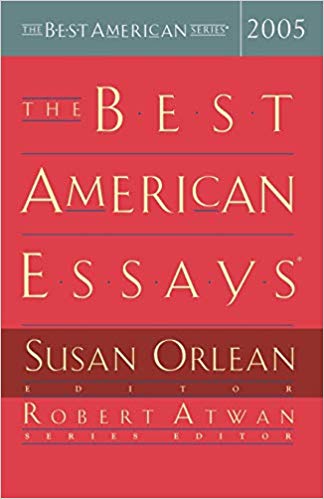 Memorable, well-written essays that were enjoyable as opposed to maddening included:

-- Roger Angell's "La Vie en Rose": a beautiful reminiscence of the author's taste of "the good life" among the elite in post-war Europe.

-- Paul Crenshaw's "Storm Country": a powerful first-person account of what it is like to live in Tornado Alley in Arkansas.

-- Jonathan Lethem's "Speak Hoyt-Schemerhorn": an engaging essay about, of all things, a subway station in Brooklyn, whose history mirrors the changing times of the city and society.

-- Oliver Sacks' "Speed": a detailed account of the nature of speed and time, and how it is perceived differently by different people, plants and animals.

-- David Foster Wallace's "Consider the Lobster": an account of the Maine Lobster festival that turns into an exposition of the author's moral struggles with consuming lobsters and meat.

The three duds, and the reasons I feel they are duds, are:

-- Michael Martone's "Contributor's Note": other authors may identify with Martone's neurosis, but this short essay is inconsequential and forgettable.

-- David Masello's "My Friend Lodovico": very narcissistic, although instead of staring into a mirror, the author stares into a painted portrait.

Others will no doubt have a different list of hits and misses, but the 2005 Best American Essays contains much to nourish the mind.