I have been reading the Best American Short Stories anthologies since the 1999 edition, and reviewing them here since 2003, and I do think that this year's edition is my favorite. Perhaps this indicates that the short story form is gaining momentum, which would be a welcome development in world of literature. But more likely it is due to the work of guest editor Ann Patchett who, unlike some other guest editors in the Best American series, has held her personal biases at bay and chosen deserving stories that should appeal to a wide audience, rather than just people like herself.

As always, different people will have different favorite stories, but here are mine: 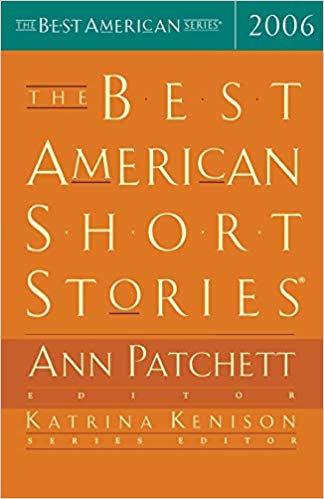 --"Once the Shore", by Paul Yoon: a haunting story about a woman's quest to understand her imperfect marriage and husband, and the connection she forms with a stranger on the other side of the world, who has his own heartbreak to deal with.

--"Refresh, Refresh", by Benjamin Percy: a somewhat exaggerated yet still realistic portrayal of a small rural community dealing with the impact of military reservist troop activations, and (more importantly) the challenges of people escaping the fate to which they have been born.

--"Self-Reliance", by Edith Perlman: a dreamlike account of a life's final journey.

--"Grandmother's Nose", by Robert Coover: a very creative spin on an oft-told fable, which adds new modern day understandings while also illuminating the core messages of the original version.

Each of these selections demonstrates the short story at its best: powerful ideas and emotions are concentrated and conveyed in a small number of pages through carefully crafted sentences. Each story stands on its own and is by itself a work of art. Were they to be stretched to novel length, they would become diluted and lose their impact. A good short story is so much more than just one chapter of a novel. The short story form is well worth reading and enjoying, and The Best American Short Stories 2006 anthology is a great way for new short story readers and old to experience the medium.