tl;dr: How CARFAX and insurance companies (in this case, Sentry) conspire to cost crime victims thousands...

You’re stopped at a stop light, in your relatively new, well-maintained Jeep. Another vehicle is stopped behind you. But behind him is a vehicle approaching at high speed: the driver is using his smartphone, not paying any attention to what’s ahead of him. He slams into the vehicle behind you at such a high rate of speed that the vehicle behind you is pushed into the rear of your Jeep. Both vehicles behind you are totaled, and people end up in the hospital. Your Jeep, being the tough vehicle that it is, only has minor damage to the bumper, tow hitch, and spare tire cover. The police are summoned, and as a responsible driver you do not leave the scene of the accident. The police charge the distracted driver, and he ends up in the court system.

Congratulations: you are now a crime victim. The criminally negligent distracted driver has inflicted property damage on something you own. Your Jeep is now worth less money than it was worth before the accident. What happens next? 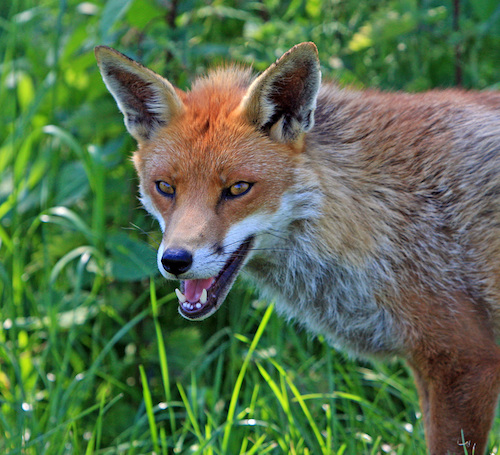 It is not too hard to get the insurance company of the criminally negligent driver who caused the multi-vehicle accident to pay for the repairs needed to return your Jeep to its pre-accident physical condition. But there’s a second type of loss that you’ve also suffered: a loss in resale value of your Jeep. Because the Jeep’s Vehicle Identification Number shows up in the report filed by the police, CARFAX and other similar used car data mining services will tell any and all potential buyers that your Jeep was involved in an accident which was serious enough to summon the police.

Good luck convincing the insurance company of this fact, and getting them to cover this loss. There’s an conspiracy, probably not premeditated, taking place between CARFAX, which is selling information about your vehicle (there’s no HIPAA protection for automobiles), and the insurance companies which refuse to compensate accident victims for the loss they’ve suffered because of the widespread distribution of this information.

CARFAX will no doubt claim they are blameless in this conspiracy because “hey, we’re just providing information, it’s up to others to decide what to do with it”. Yet the information they are providing is incredibly data-poor as opposed to data-rich. They provide slightly more than just one bit of information: “Was this car involved in an accident, yes or no?”. They do provide the date of the accident and the source (“police report” in this case). But CARFAX does not provide any pictures, nor a detailed description of the accident, nor a description of the damage incurred. CARFAX does not, in this case, say “yes, the Jeep was involved in the accident, but it was the last and least damaged vehicle in a multi-vehicle accident, and the police wouldn’t even have been summoned if this were just a minor two-vehicle fender bender between the Jeep and the vehicle that hit the Jeep”. Because the information provided by CARFAX is so poor, dealers and buyers are left with interpreting it as one bit of information. Dealers and used car buyers classify used vehicles into two buckets. Vehicles that have never been involved in an accident go in one bucket, and any vehicle that has been in an accident goes in the other bucket.

CARFAX doesn’t provide much more detail than this

More of the blame rests with the insurance company of the driver who caused the accident, which is Sentry in my case. Sentry is claiming that because my Jeep has been restored to its pre-accident physical condition, it has not lost even a penny in value. When I tried to explain why it has lost value, they initially feigned ignorance of services such as CarFax. When I pointed out that there are fewer dealers and people willing to buy my Jeep now, they claimed not to understand how supply-and-demand works. When I presented them with data and a live appraisal from a dealer willing to buy my Jeep, with full knowledge of its accident history, they claimed that the dealer (a well-known national brand) was ripping me off and that my Jeep is worth a lot more, although they wouldn’t tell me what they think it is worth. Sentry didn't explicitly state it but it is clear that they are telling me that the way I can realize full value for my Jeep is by selling it to a naive buyer who does not use CarFax and who does not ask me about the accident history of the vehicle. Otherwise, I’m out thousands of dollars.

So I have to keep fighting them, by filing a complaint with the state insurance regulator and by hauling them into court. Obviously by dragging this out they are hoping that I’ll just give up. I’ll do another post once this situation is finally settled.