The toughest market in tech?

tl;dr: Selling consumer customer premises equipment to service providers is as brutal a market as any I’ve experienced...

While every business has its challenges, some markets are better than others. Across all the companies I’ve worked for, the toughest market I’ve ever been involved with is selling consumer Customer Premises Equipment (CPE) to service providers.

I was reminded of this again when I returned my DirecTV HR23-700 set top boxes after cutting the cord. They were pretty awful devices, and made the experience of watching DirecTV painful at times. I had them for years and they degenerated over time, as each software upgrade made them run slower. By the end it was taking ten seconds or more to change channels or call up the onscreen program guide. They required a reboot every now and then, probably because of memory leaks: rebooting meant watching a boot sequence for ten to fifteen minutes before TV viewing could resume. DirecTV eventually offered to upgrade them, but only if I would sign a contract committing me to use DirecTV for two more years. I spent multiple thousands of dollars on DirecTV over the years, and the experience could have been so much better if only DirecTV had been willing to put some more money into the set top boxes.

That, however, runs counter to the service provider business model, which in my mind is exactly backwards. Service providers treat their newest customers better than their existing, loyal customers. For new customers they offer low introductory service rates, often for the first year, and send new customers the newest CPE. For their loyal customers the introductory rates expire and they let the CPE rot, and then wonder why people hate their cable company. Service providers want as low a customer acquisition cost (CAC) as possible, and since the cost of the CPE gets added straight to the CAC, their primary focus is to make the CPE as cheap as possible.

I saw this firsthand while at Westell Technologies in the 2005-2011 timeframe, when Westell was developing and selling xDSL and fiber optic modems and wireless gateways to large ISPs (in 2011 Westell sold this business to NETGEAR). Westell got into that market in the mid 1990s when Asymmetric Digital Subscriber Line (ADSL) was first being standardized. Back then ADSL modems had multiple circuit boards with discrete components and cost $300, which meant the service provider’s payback for the cost of the CPE for a $50/month ADSL service was 6 months. It made sense to focus on reducing the cost of the CPE. The intense cost cutting mentality persisted a lot longer than it needed to, however. By the mid 2000s the cost was under $30, and by 2011 the cheapest ADSL modem was basically a one-chip device that cost under $14.

It was a brutal market. The ISPs consolidated, which increased the remaining ISPs’ bargaining power. The potential size of the contracts was larger in terms of units, but the price negotiations, with many suppliers competing for fewer contracts, were even more cutthroat. Asian suppliers started entering and undercutting the market. The U.S. government weighed into the market and, in one case, decided that a few tens of dollars for an ADSL modem was too much, and set the retail price at $0.

It was possible to differentiate from the competition in software, as long as software features such as better network management, routing, firewall, and security didn’t require any additional processor or memory costs. Any feature which would add to the cost of the hardware was a tough sell. If you’re wondering why service provider CPE is so slow to implement the latest Wi-Fi standards, this is why: the service providers wait until the cost comes down to the point where the chip for the newest standard is nearly the same price as chip for the older standard. There is little incentive for the service providers to offer a wealth of CPE options: it is cheaper for them to support a low-cost one-size-fits-all CPE model. 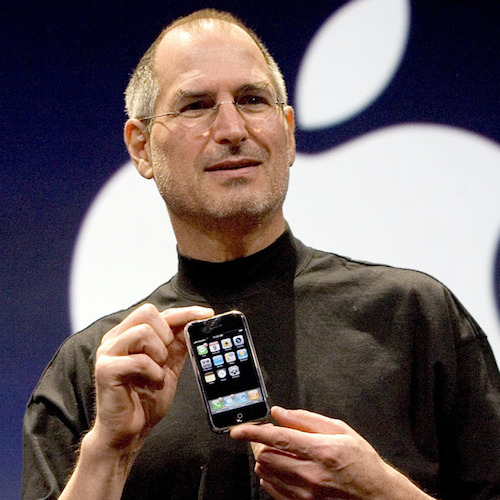 The person who changed the game in the wireless CPE market

In the pre-smartphone era this mentality also governed the cellular handset market, where the phone is the CPE whose cost the service provider exerted pressure to minimize. One person more than any other deserves the credit for realizing that a market existed for better, higher functionality CPE for which customers would pay a premium: Steve Jobs with the iPhone.

I cheered when I heard Jobs say in 2007 that he would not sell his product through a “telecom orifice”. As described in this WIRED article, Jobs went around the carriers to figure out how to get the product he wanted to build to market. The rest is history, and Apple is now one of the most valuable companies on the planet thanks primarily to the success of the iPhone. That success never would have happened if Jobs had delivered what the wireless carriers were asking for at the time.