tl;dr: Fewer and less complex systems in a house yield improved reliability and lower maintenance, just as in software...

I’m a big believer in simplicity: see Coding simplicity and Elegant simplicity in software. The benefits of simplicity, however, apply to much more than just software. It’s a general principle of systems engineering that a system with less complexity, fewer subsystems, and fewer components is going to be more reliable. It will also require less time and money to be spent on maintenance.

I didn’t fully appreciate how this principle would apply in the realm of housing until some time after we had moved from Illinois to Arizona. There are significantly fewer things that can go wrong in our Arizona place and as a result, we spend less time maintaining it and more time enjoying other aspects of life. Most of this is due to geography, although some is due to the differences in the type of house.

The Chicagoland area of Illinois has a four-season climate where the temperature over the course of the year can be expected to range from -20 degrees Fahrenheit to 95 degrees with humidity, which drives the heat index into the 100s. Where we are now in the Valley of the Sun it got down to 32 degrees last winter (causing widespread panic among gardeners, who had to cover their rose bushes) and up to 115 degrees in the summer. The wider temperature variance in Illinois accounts for some of the added complexity of Illinois housing, but there are many other factors that make Arizona living simpler and less complex than Illinois: 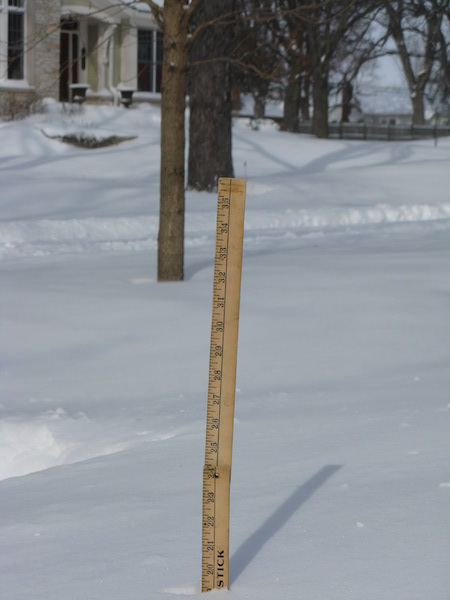 This is the most obvious one: we don’t have to deal with snow and ice removal in the Valley of the Sun, whereas it is a significant issue in Chicagoland. To deal with it there, we had four different types of snow shovels and a gas-powered snowblower. Ice was also a problem, but I never bothered using rock salt. We had a long driveway (140 feet), a car turnaround area, sidewalks, and elderly neighbors on both sides, meaning I would often be a nice guy and shovel their driveways and sidewalks too. It could take hours, depending on the amount of snow.

My wife convinced me to buy a snowblower after living in Illinois for a few years. I was always ambivalent as to whether it delivered any real benefits, after adding up the maintenance time and considering that Chicagoland doesn’t often get deep snowfalls. Sure enough the snowblower suffered a major breakage the winter before we were going to leave. A dead snowblower has hardly any value on the resale market. The severely cold winters had weakened the rubber drive belt, which had snapped. After spending hours chasing down the part and fixing it, I was able to get back a fraction of the money that I had originally paid. The four snow shovels were in sad shape: I left them for the neighborhood junk dealer before our move, but the dealer passed on three of them.

In retrospect, I realized that there was a better strategy. A snowblower is like a boat: you are better off not owning one and using a friend’s or neighbor’s instead. Or hire a neighborhood kid who has access to one. But the best strategy by far is to live in a place like Arizona where you don’t need a snow and ice removal system. 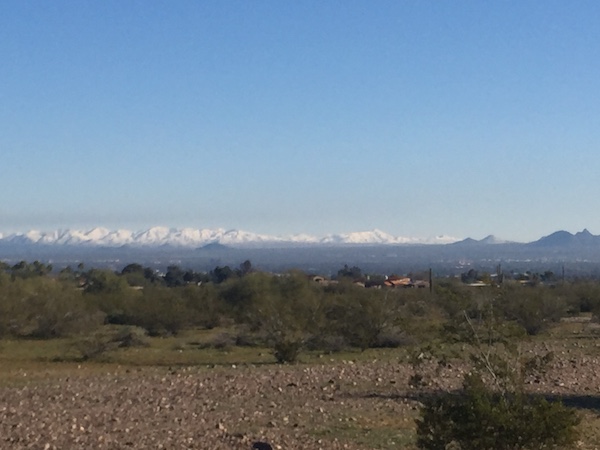 To the surprise of some, you do need air conditioning in Chicagoland and heating in the Valley of the Sun in order to live comfortably. I would choose a 110 degree, non-humid day in Phoenix over a 95 degree, humid day in Chicago (hence the expression “But it’s a dry heat”). We run our air conditioner on more days in Arizona than we did in Illinois, but even in Illinois there was a three month or longer period where we would keep the windows closed and the air conditioner on, because it didn’t cool down enough at bedtime to open up the windows. The weather is more consistently hot in Arizona, but people who lack air conditioning do die in both Arizona and Illinois every summer.

However, our air conditioning and heating system is less complex in Arizona. There is no dehumidifier/humidifier subsystem, which we had in Illinois to remove summertime humidity and to add some humidity in the winter to minimize electrical shocks when touching a doorknob after walking across carpet. Because it doesn’t get as cold for as long in Arizona as it does in Illinois, our heating here is entirely electric. By contrast, our Illinois house had two natural gas furnaces that required both electricity and natural gas to function, as well as regular servicing. So, although air conditioning and heating is needed in both locations, the Arizona system is simpler.

In both Arizona and Illinois there is a need for electricity, water, and sewage utilities. But because we don’t have a natural gas furnace, we don’t have a natural gas pipeline or service. Some neighborhoods in the Valley have natural gas service, but ours does not. While we do prefer cooking on a natural gas stove, electrical service is going to be more eco-friendly over time. Natural gas has lower greenhouse gas emissions than other furnace options like heating oil or coal, but you’re still burning a fossil fuel. As non-greenhouse gas-producing electricity sources such as solar, wind, hydro, and nuclear grow in market share, electricity is going to be the best long-term solution for the planet.

Basements are quite common in Chicagoland, and we certainly enjoyed ours. However, they create the challenge of avoiding flooding, as the water table is high and the land in Illinois is very flat. Many people on our block experienced major basement floods over the years. We did not, but some of that was because we had a dual sump pump system with battery backup and multiple ejector pipes. We also had a bathroom in the basement, which required its own sewage ejector pump to get the waste up to the level of the sewage pipe leaving the house. Sump and ejector pumps have a finite lifetime, and all this had to be maintained, serviced, and replaced, to help avoid a major malfunction that could cause serious damage.

None of this applies to our Arizona place. The basement can’t flood because there is no basement. The sump pump and ejector pumps can’t fail because there are none. I’ve heard that basements are relatively uncommon here because the land is very hard, which makes it more expensive to dig and build a basement than to add an additional story, outbuilding, or expand the main building further.

Illinois has many deciduous trees. Although beautiful, they shed their leaves every fall, which creates work to rake and bag the leaves. Rare is the house (except in the city of Chicago) that does not have grass, which must be fertilized on occasion and mowed weekly. A typical Illinois house’s plantings require more work to tend them than do the cactus which are prevalent here in the Valley of the Sun. My number one nemesis here is bougainvillea, which grows like a weed and sheds colorful petals year-round. Still, it’s a lot less work to sweep up the bougainvillea petals and keep the plants trimmed than it was to maintain a yard in Illinois.

Surprisingly to me, some people in Arizona choose to have a lawn. Watering a lawn so that it isn’t completely dried out and killed by the summer heat is a significant challenge, requiring some sort of serious watering or sprinkler system. In Illinois we got by with hoses and a cheap movable sprinkler. However these challenges can be entirely avoided in Arizona by not having a traditional grass lawn and instead doing native plantings and stones, as is the case with our Arizona place. We do have access to a common area with a bigger lawn than our Illinois house, but it is maintained by the homeowners’ association and hence is a SEP: Somebody Else’s Problem.

Adding all this up, housing in Arizona is a lot simpler than in Illinois, which reduces our costs and increases the time available to do other activities, such as blogging.