A decision to outsource manufacturing to China, part two

tl;dr: The hardest part of Westell’s decision to move manufacturing to China was giving up the factory jobs...

Given the external forces exerting pressure on Westell’s CPE business, and the need to turn a money-losing business into a profitable one, Westell management embarked upon a discovery phase for a new business model. New to Westell, that is, as most of the company’s competition had already adopted it. Westell was very much the laggard, principally because Westell’s factory was very efficiently run, for a U.S. factory, and because of the desire of the company’s controlling director, Buzz Penny, to keep the factory going, to employ U.S. workers.

That new business model is best summed up by the words stamped onto many millions of products designed and sold by a company that had already been doing it for years in 2007, and which would ride that business model to become, for a while, the most valuable company on the planet: Apple. The words are: “Designed by Apple in California. Assembled in China.”

Westell was in Illinois, but the intent was to continue having the products designed by engineers in company headquarters in the U.S., and to ship the designs over to China where they could be manufactured into millions of units of products. This is called the contract manufacturing (CM) model, whereby a company contracts with a manufacturer to build a product by following the detailed design information (drawings, schematics, parts lists, assembly instructions, executable software) supplied by the company. 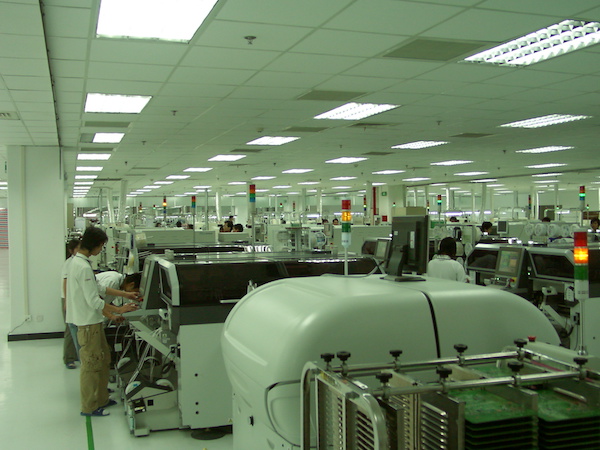 By the way I have been saying “Chinese companies” but many of them, such as the largest, Foxconn, are actually headquartered in Taiwan, which calls itself the Republic of China. Many of these Taiwanese electronics companies started building factories in mainland China, which calls itself the People’s Republic of China, as far back as the 1980s, when mainland China first started opening up slightly to the outside world. The People’s Republic of China claims that Taiwan is actually a wayward province of China and hence is part of China, which is another major source of tension. It’s complicated.

My role in this process, as V.P. Engineering at Westell and someone who was very familiar with how the CPE products were designed and built, was to perform the technical evaluation of the potential CMs. I was paired up with the V.P. of Purchasing at Westell, who handled the business side and did a great job negotiating with the CMs to get their costs down. There was a risk that, once we committed to a CM based on a low initial quote, the CM would gradually raise our price over time and Westell’s margins would shrink. We ended up choosing two primary CMs, giving them different products to manufacture, which allowed us to continually play each off the other as we designed new products. But the ultimate decision about shutting down Westell’s factory and transitioning to CMs was not ours to make: that was a decision of the CEO, Tom Mader, and the Board of Directors, which included the controlling director, Buzz Penny.

Going into the assignment, we had no illusions about what might happen. We knew that if we were successful in identifying CMs who could build Westell’s CPE at a lower cost than Westell’s factory, with similar quality levels, that hundreds of Westell factory workers would lose their jobs. Although the jobs of myself and the design engineers I managed were safe for now, I also knew that the CM business model might morph into the OEM business model, which would ultimately mean less work for my team. 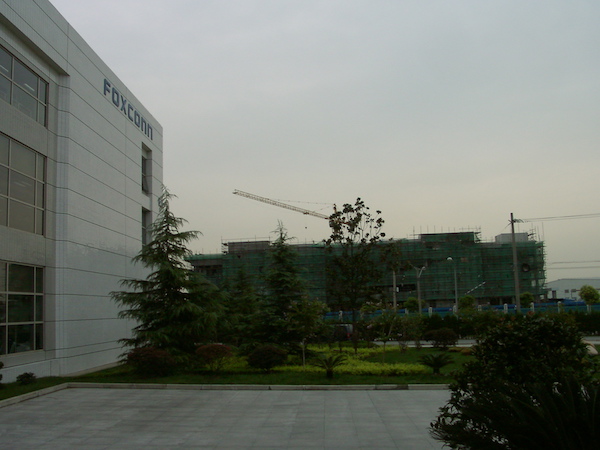 Another Foxconn factory building under construction on the campus

My immediate task was pretty easy: it was clear that the CMs were capable, from a technical perspective, of manufacturing Westell’s CPE products. At a couple factories we visited in China, I saw assembly lines which were manufacturing the products of several of Westell’s direct competitors. The CMs were also manufacturing much more sophisticated electronics products.

The factories were, in general, much larger than Westell’s factory. With the lower cost of labor, they were staffed with more people to watch over the processes. I had been expecting to see some older manufacturing equipment, but in general the factories contained the latest, highest speed models of gear such as robotic pick-and-place machines, reflow ovens, wave solderers, and test equipment. The factories were clean, well lit, and organized, and in the case of Foxconn, run with a military mindset. They made Westell’s factory look a bit dingy and quaint.

The Chinese factories, especially in the case of Foxconn, were also huge, many tens if not hundreds of times larger than the factory wing of Westell’s headquarters building. We did not visit Foxconn’s largest factory complex in Shenzhen, which supposedly has 250,000 or more employees. Still, the factory complexes we visited in the Shanghai area were quite large, with the Foxconn facility employing around 50,000 workers, most of them housed in on-campus dormitories. The factory complexes were, in many cases, small cities unto themselves, with cafeterias, stores, and recreational facilities for the workers.

The factory complexes were in huge industrial areas set up by the Chinese government. I have no illusions about the Chinese Communist Party (CCP) which runs China. When the CCP wants to do something, it does it. If the CCP decides that a new 6-lane highway is needed to get manufactured goods from an industrial area to a seaport, the CCP mows down everything in its way and builds a spectacular new 6-lane highway. If the CCP wants a world class airport to welcome tens of millions of travelers to Shanghai, it builds Shanghai Pudong International Airport, which makes the airports in the U.S.’s financial capital of New York City seem third world-ish. For every one skyscraper under construction in Chicago, there must have been fifty under construction in Shanghai in that timeframe. It was impressive to see, and made it hard to argue that the Chinese wouldn’t be able to build Westell’s CPE. 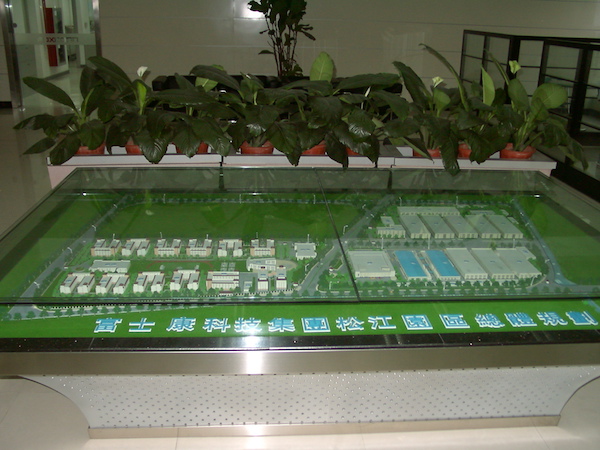 Besides ranking the CMs, the V.P. Purchasing and I came back from our assessment trip with other recommendations. Based on this trip and prior experience, we warned that China was, as I put it, “a giant Kinko’s”, to use the name of a popular U.S. photocopy chain at the time. For any product that you took into China, you had to be prepared for the Chinese to make a million copies of it for their own purposes, if they chose to do so. There was nothing to stop them from using your designs to manufacture knock-off products, or even just run your own dedicated assembly line a little longer each day to crank out some more products for their own use.

Some of the CMs we visited were making products for Apple, and we were presented with supposedly OEM products that looked an awful lot like Apple products. We were told we could buy these products, put our software and the Westell logo on them, and start selling them in the U.S. We politely declined. Shanghai’s streets and lower-end shopping centers were filled with counterfeit name-brand consumer products, ranging from clothing to golf clubs to handbags. The official explanation for this was that it is perfectly legal for anyone to sell products with the Nike swoosh on them in China, since China does not recognize Nike’s trademark.

To make it hard for the CMs to copy every aspect of a Westell product, I emphasized that we should never give the CMs the source code to the software in the products. At that point in those products’ life cycles, the software was where most of the value-add existed. Thanks to the DSL chip companies such as Broadcom, the hardware was commoditized, and was mostly minor modifications to board-level reference designs done by the chip makers themselves. The first Westell ADSL modems in the 1990s were two circuit boards, dozens of chips, and hundreds of components, but by 2007 they were basically a single chip with 20 or so external components, plus a power supply. Keeping the software out of China would prevent exact look-alike products from appearing in our customers’ networks.

The CEO and Westell board accepted our findings and made the decision to shut down the Westell factory and move to the CM manufacturing model. Hundreds of Westell factory workers lost their jobs. Lower-volume product lines were also outsourced, and a small number of factory workers remained in the factory wing, doing final testing and quality control and running a distribution center. The factory boss, the V.P. of Operations, retired, and many of his factory management team departed. The V.P. Purchasing became the new V.P. Operations.

I eventually became general manager of the Westell CPE business, and improved the bottom line to the point where the business could be sold to NETGEAR for over $30 million (more about this later). That sale preserved a few of the jobs of my design team for a while, but NETGEAR preferred the full OEM model. So nobody who was working on Westell CPE products in 2007 ultimately remained working on those products several years down the road. Meanwhile, China has built up their own telecom and Internet equipment companies: see Huawei and ZTE, among others. Westell’s outsourcing of manufacturing to China was just one of many millions of actions over the past several decades which have made China into a key piece of the global supply chain.