A decision to outsource manufacturing to China, part three

Some Frequently Asked Questions that I get, about outsourcing manufacturing to China:

Do I have any regrets?

In general I try to live my life without having regrets. Specifically in this case, I have none. I do, however, feel for the assembly line workers who lost their jobs, and the product designers and engineers who, like myself, several years later also had to transition to new jobs.

One reason why I don’t have regrets is that, in my view, it was external factors (see part one) that forced Westell to change. Westell was hardly a pioneer in moving manufacturing to China; in our marketspace, Westell was one of the last U.S. companies to do it. Another reason I don’t have any regrets is that I don’t think there were any other viable options for the company at that point in time.

One person who did have regrets later was Westell’s CEO at the time, Tom Mader. Tom left the company in 2008 and some time later wrote a blog post saying that he wished he hadn’t made the decision to move manufacturing to China. Tom was a religious man, and regretted the impact on the factory workers, and felt that there were still advantages to making products in the U.S.A. Sadly, Tom’s blog and this post appear to have disappeared from the Internet. 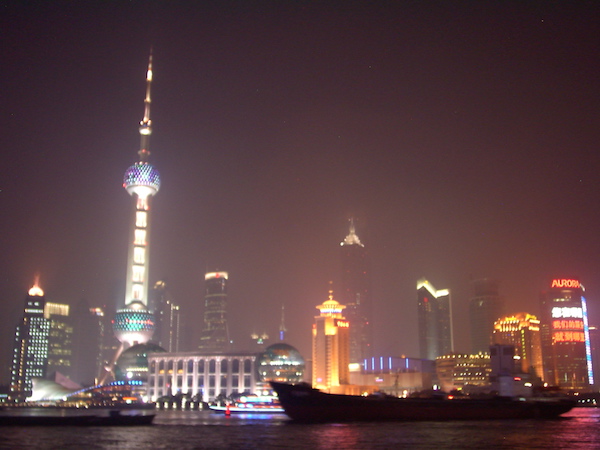 Shanghai's Pudong district skyline in 2007, when the Jin Mao Tower (center rear) was the tallest building

What other options could Westell have pursued?

This is where Tom and I might differ now, given Tom’s regrets, although we agreed at the time of the decision. There was no other financially viable path forward with the U.S. factory, not for manufacturing Westell’s high volume (millions of units per year), low priced, low margin CPE products. The prices had been declining forever (thanks primarily to Moore’s Law) and the margins had been shrinking for years as offshore competition increased. It would have been foolish to expect these trends to suddenly reverse on their own.

Other options were not very attractive for the long-term health of the business. The company could have been run as-is for years longer, depleting the cash in the bank until it finally ran out and went bankrupt, causing everyone to have to find a new job at the same time while punishing the shareholders. We could have laid off all the engineers as a first step instead of the factory workers and improved the bottom line for a while, but that would have dried up the pipeline of new products. We could have tried to find a deep-pocketed investor who was willing to run the company at a loss forever, just to preserve the jobs and the company’s products. While that may be possible for certain businesses (see Jeff Bezos and the Washington Post), those investors and businesses are few and far between.

We did try emphasizing “Made in U.S.A.” in our sales pitches, and to a certain extent it helped, but at the end of the day customers want cheap products. We thought about lobbying Washington D.C. to make them aware of the impact of the FCC’s price setting decision, and to add our voice to the chorus urging that political pressure be exerted to favor U.S. manufacturers. But Westell was a small company in comparison to other U.S. companies who are able to get politicians to work on their behalf, like Boeing, and this strategy takes many years to bear fruit. 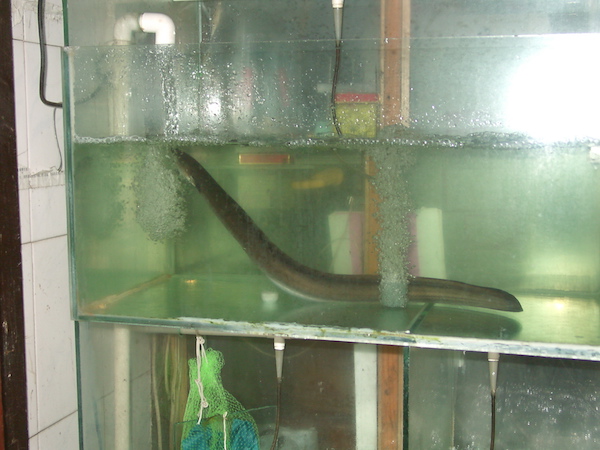 Did I know that global supply chains could make a pandemic more likely?

I’ve been aware for most of my life of the biological dangers of long-distance travel, although I never fully envisioned what the impact would be of a pandemic hitting the United States.

Most of us probably are aware that there are different organisms and microorganisms in different parts of the world that can cause problems when introduced to biological systems that are not used to them. Here in North America, invasive species have caused issues since the arrival of the first European settlers, with zebra mussels in the Great Lakes and Africanized honey bees being two of the more well-publicized recent examples.

The human effects are even more profound for microorganisms. I’ve read Jared Diamond’s Guns, Germs, and Steel, which describes how the diseases that the Europeans brought to North America, such as smallpox and measles, killed huge numbers of Native Americans. On my travels to Mexico I was very cognizant of avoiding tourista, and have been fortunate to stay in resorts which had their own filtered water supplies. I and a majority of my classmates fell ill during the first week of my executive education program at the Harvard Business School in 1997, because putting 200 businesspeople, half of them from outside the United States, together in classrooms and close living quarters is a wonderful way to circulate germs. The professors said they saw that happen every time a new class was formed, although the program brochures somehow failed to mention this.

On my first trip to mainland China, my wife packed half a suitcase with food for me to eat in case I wanted to avoid the local cuisine. I ate hardly any of the food I brought, as dinner is an important part of the day in Chinese business culture, and I enjoyed the local food. I never fell ill from any of my trips to China, but I was certainly aware that the possibility existed.

In 2007 it wasn’t possible to fly nonstop from Chicago to Shanghai; we typically traveled first to the west coast and then through an Asian country such as South Korea, Taiwan, or Japan. Later United added nonstop service between Chicago and Shanghai, which made it a little easier for me and others. All the projections at the time were that international air travel would grow, which meant more people, bearing more germs, traveling between more cities. Westell started up Chinese manufacturing after the SARS epidemic of 2002 and 2003, but the bird flu outbreak of 2013 did affect our supply chain somewhat.

So I’ve always been aware, in general, of the dangers posed by long-distance travel. It’s another reason why, overall, I believe that communication is better than transportation. I traveled to China as part of a greater mission to build out the Internet by making it better, cheaper, and available to more people; and once people have good high speed Internet service, it lessens the need to travel. That’s the situation that many of us are stuck in right now during the coronavirus pandemic of 2019-2020: not traveling, but able to conduct business fairly well from our homes by using the Internet.