tl;dr: Tips for preserving savings and what might come next, as the dollar continues its collapse...

It’s a fact that the economic world looks very different if you shift your perspective, from one which uses fiat currency as a base to one which uses “real” or “hard” money, such as the U.S.’s old monetary base up until 1971, gold. The two graphs which I put in my Can you outperform a lump of metal? post illustrate this conundrum.

Jim Rickards is someone who looks at the world from a real money perspective. Aftermath is one of a series of books which describe his views on the world economic and monetary systems, with specific advice to investors on what to do about the unfolding situation. Rickards is not merely predicting a collapse of the dollar-based monetary system: he states that the dollar is already collapsing, it’s just that few people in the general public realize it. Given that I can remember when the price of gold was $35/ounce and it is now above $1800/ounce, which means the dollar has lost 98% of its former value, I side with Rickards. The dollar still functions as the world’s reserve currency, but those days are numbered as the American empire, just like the British and Dutch empires before it, fades. The big question, which Rickards attempts to address in Aftermath, is what comes next. 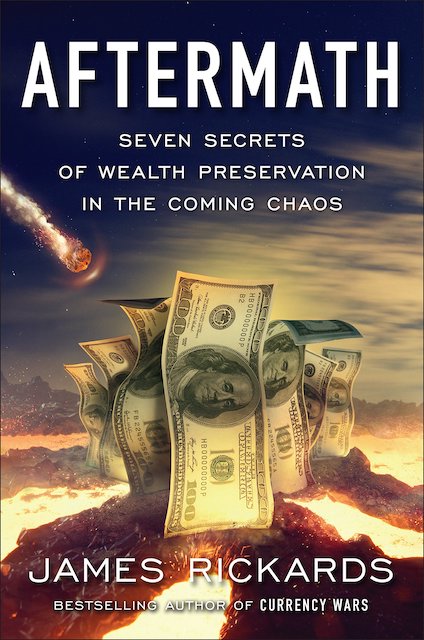 Given that Rickards is far more wired into the global monetary system than I will ever be, and occasionally gets to speak with key leaders of that system, and is willing to share his insights in his writings, there was much that I learned from Aftermath. I like how Rickards uses complexity theory to describe the inner workings of the system, and to highlight how one event at one point in time can cause a drastic outcome in an apparently unrelated variable at a later point in time. A recent example, which occurred after the publication of Aftermath, would be when the price of WTI (West Texas Intermediate) crude oil on the NYMEX futures exchange went negative earlier this year, several months after the outbreak of the COVID-19 pandemic. How can it be possible to be paid to receive oil, a valuable commodity? Complexity theory offers the best explanation, and Rickards is a strong advocate. He uses it to build his case that the global monetary system is more fragile than most people realize. 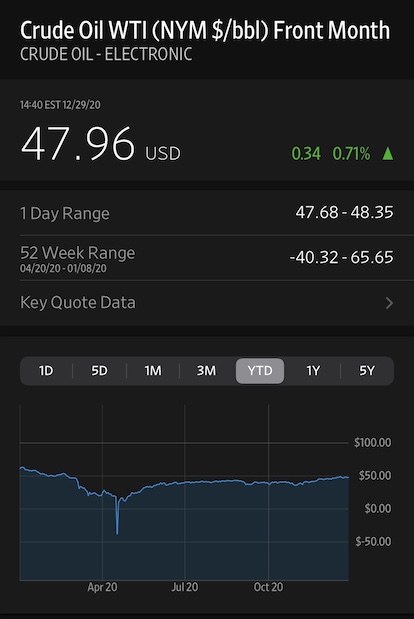 In theory, if you moved fast, you could have been paid $40/barrel to receive oil earlier in the pandemic

Rickards covers a variety of topics in Aftermath, reflecting the learnings from a professional lifetime in the financial industry. He is no fan of the practice of behavioral economics to lead people into outcomes that reflect the views of self-anointed experts. He describes the dangers that passive index investing can lead to, especially how it can make the financial system less stable. His views on inflation and deflation emphasize the importance of consumer psychology, which helps to explain why it was so hard to control inflation during the 1970s. He explains why countries are having so much trouble stimulating enough economic activity to pay down their debts and likely have passed the point of no return. Towards the end he describes several possible future alternatives to the dollar as the world reserve currency, and offers his views as to what might come next. In Rickards’ view, China will have a large influence, and is already taking steps to migrate to a new future. The U.S. dollar’s role will fade, alas.

At the end of each chapter, Rickards offers some general tips to investors on how to position their portfolios. Certainly gold is a key component, as Rickards argues that it will always be accepted worldwide as payment in the future. Would you turn down someone offering to pay you in gold, now or after the dollar has collapsed? Overall, Rickards investment advice is fairly general in nature; those seeking specific recommendations on exactly what to invest in and how much capital to allocate will have to look elsewhere. However he does provide some reasons why farmland will always hold some value.

Aftermath was an educational read, and I am looking forward to Rickards next book due out in January 2021, The New Great Depression: Winners and Losers in a Post-Pandemic World.