tl;dr: A simple, appealing way to reduce the ever-growing spiral of government bailouts...

There are far too few bankruptcies in this country. Bankruptcy seems, to many, to be an awful fate, to be avoided if at all possible. That is certainly true for any given business, as bankruptcy is effectively the death of the current structure of the business. The business throws itself on the mercy of the bankruptcy court, which works with various interested parties to see how best to extract value from the remnants of the business. In some cases the business is able to restructure its debt, equity, and contracts, and continue to operate much as before. In other cases, however, the pieces of the business which have value to others are sold off, and the business (but perhaps not the brand name) ceases operations.

In the aggregate, however, bankruptcy is a necessary and beneficial thing for the economy and the country. It allows resources (people, real estate, capital equipment, brands, intellectual property, etc.) that are trapped in failing businesses to be freed up so that others can put them to more productive uses and deliver more value to society. It puts the teeth into Joseph Schumpeter’s concept of creative destruction the idea that capitalism continually destroys old ways of doing business as new innovations are developed, which improves output but also creates winners and losers. The losers, if they don’t figure things out in time, go bankrupt. The constant threat of bankruptcy is a forcing function which should cause businesses to realize that they have finite time and money to come up with solutions that satisfy customers and deliver more value than the business is extracting from the economy. There’s an expression that captures the motivating aspect of bankruptcy: “Capitalism without bankruptcy is like Catholicism without Hell”.

Bankruptcy, however, is very much out of favor these days, especially for large companies and particularly for financial companies. Instead, we’ve reached more and more often for an alternative process for addressing failing businesses: the government bailout. This is where the federal government, with its seemingly infinite ability to conjure money out of thin air, steps in and injects money into failing businesses. Sometimes conditions are placed upon the company receiving the money but sometimes not, other than reporting requirements.

The hope is that the additional money buys time for the company’s market to recover, or for the company to figure out a better way to run the business. “Jobs saved” is the primary metric the government cares about, as many don’t trust that the process of creative destruction will yield more jobs and prosperity in the long run. Had we been bailing out failing businesses when the automobile was invented, how many horse-and-buggy companies would we have tried to keep alive and for how long? 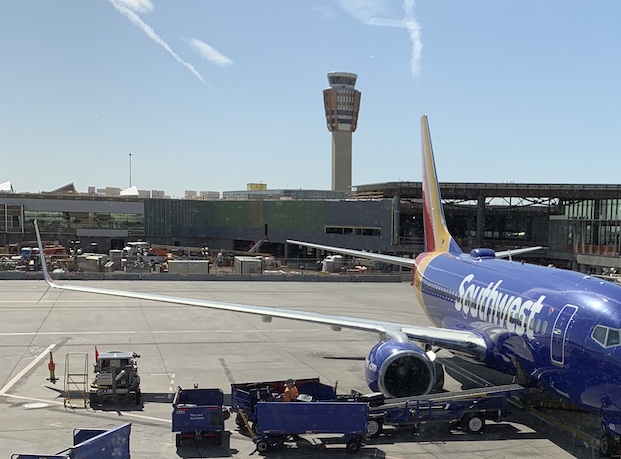 All major U.S. airlines have been flying throughout the endemic, thanks to government bailouts

Many people criticize the bailouts of companies deemed “too big to fail”, especially the Wall Street bailouts after the housing bubble burst, yet the bailout orgy has never been larger than it is today. During the COVID-19 endemic it spread to businesses of all sizes, through programs like the Payroll Protection Program, and all industries. Some industries got special attention, because of their success in lobbying Washington, D.C. We’re twenty months from the onset of the pandemic, which has now become endemic. Air traffic levels are still not back to normal, the profitable business travelers are still mainly working from home, and yet not a single major U.S. airline has gone bankrupt. That’s because the U.S. government has pumped billions of dollars into the airline companies.

The likelihood of the federal government bailing out failing businesses in the future creates a huge moral hazard. Why save for a rainy day, such as a period of time with below-expected demand, when there’s a good chance that the government will swoop in and save the day with a bailout? In fact a business that ties up capital to prepare for a downturn will be a less efficient capital allocator than a business that doesn’t, and will pay a price in the capital markets. Bailouts encourage companies to return capital to shareholders and run lean-and-mean, which makes them much more likely to fail during the next slowdown. The bailout moral hazard grows over time.

How can we slow and reverse this downward spiral? I’ve tried to craft a solution that will appeal to the public. I’d place one condition on all companies receiving a bailout from the federal government: until the company pays back the bailout money, in inflation-adjusted cash, the company has to place all employees on the federal government’s General Schedule (GS) pay scale, which governs pay for government workers. There would be no adjustments for anyone who makes a salary that already fits on the scale. The only affected employees would be the highly compensated executives who earned more, often far more, than the top end of the scale: they would see their pay reduced. There would also be no stock/ or option awards made, or stock or options received, while the company is still utilizing and hasn’t repaid the bailout money. This prevents stock from being used as a way to get around the salary reduction.

I believe this is a fair sacrifice for the executives to make. After all, they are taking taxpayer money into their business, which is failing, so why should they be paid more than the President of the United States? It’s certainly possible to live a comfortable lifestyle at the top end of the GS pay scale. Might this reduction in executive pay deter the executives from seeking a bailout for the company they are running? Yes, that’s the whole point. The executives would be more apt to plan better for a rainy day. They’d only seek bailouts when absolutely needed, and when they felt there was a strong likelihood of quickly paying back the money so that they could return to their prior compensation and lifestyle.