Breakfast at the Law School

tl;dr: The people least connected to the real world on any university campus are found in the law school...

Due to a series of quirks, I, as a freshman in the Engineering College at Cornell University, happened to occasionally breakfast with students at the Cornell Law School. My freshman dorm happened to be located across the gorge from the Law School, so I’d often pass by on my way to my classes on the Engineering Quad or other parts of campus. The Law School had a small dining room, primarily intended for the law students, but it happened to be part of the Cornell Dining plan and hence open to all. Being a small dining hall, it didn’t have as much selection as other dining halls, but it did have one unique feature: a chef who cooked made-to-order omelets from a selection of ingredients. Since I love a good omelet, I would sometimes eat breakfast at the Law School, perhaps solo or with another friend or two, but usually seated with some law students at a large, round table.

Some of the law students were uncommunicative: they would eat silently while pouring over large books of dense print. But most of them would talk, and were somewhat interested in discoursing with a non-law student from the foreign world of the Engineering College, located across the street but, in many ways, a world away.

They found me amusing, and I found them amusing. They’d engage in lots of wordplay games, and try to one-up each other to “win” the conversation. They’d endlessly debate minor points that had no real bearing on the truth of the matter under discussion, and often take tangents and end up far away from the original topic. But the greatest impression I gleaned from our conversations was that the law students, as a general rule, were neophytes at understanding how things worked in the physical world. 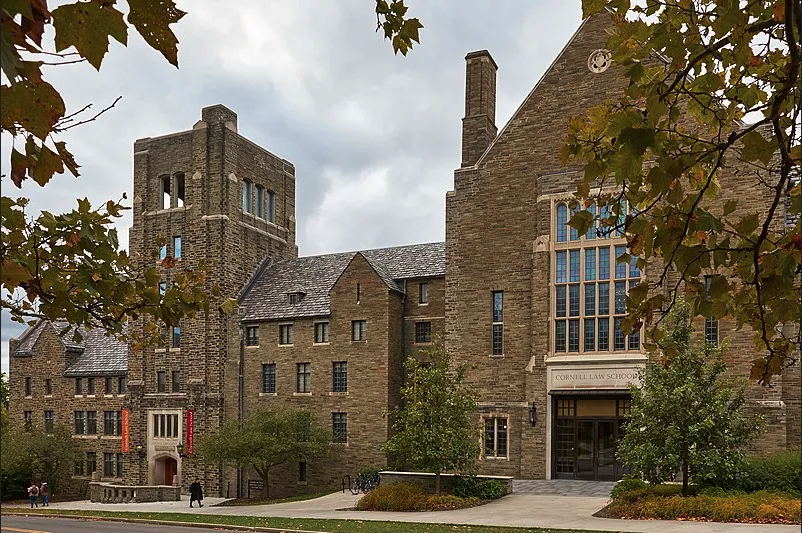 The side of the Cornell Law School building that faces the Cornell Engineering College campus.

I was studying computers, and had already worked as a professional programmer, and once they learned this the law students would ask me all sorts of questions about those strange machines. I was taking physics, math, and chemistry, and they’d ask me to explain how an airplane flies, or how a nuclear reaction takes place, or how television signals get to the TV set and create sounds and a moving picture. Even though I was a mere undergraduate freshman, and they had all earned their undergraduate degrees and were in professional school, I felt a bit like a savant when I answered their questions. Then, after I finished my meal and picked up my tray, they’d go back to debating semantics.

I didn’t fully realize it at the time, but these experiences can be explained by the entirely different educational paths that lawyers and engineers take. STEM (Science, Technology, Engineering, Mathematics) and business courses are a waste of time for an aspiring lawyer, so they typically don’t take them as undergrads. They tend to major in reading- and writing- intensive majors, such as history, philosophy, or literature. The debate team is a popular extracurricular activity.

Much of law school focuses on teaching rhetoric and sophistry. Law students learn how to build the strongest possible case given the weakest set of facts, and to twist the facts to support whatever position has been chosen, no matter how bad or wrong it is. Lawyers therefore make natural politicians. Most of our politicians at the national level are lawyers.

One of the best aspects of attending a wide-ranging university like Cornell, and one of the reasons I chose it, was to get exposure to people with interests dissimilar to mine. In my experience, the students with their heads most disconnected from reality were to be found in the Law School. Even the poets were more down-to-earth: one needs a good understanding of the world and the human condition to write compelling poetry.

Although a seasoned lawyer that I worked with on closing several rounds of venture capital financing once told me “you could be a lawyer!”, actually I could not. If I were a lawyer in the justice system, I don’t have the moral detachment to get an obviously guilty person off on a technicality. Nor, conversely on the prosecutorial side, to attempt to put an innocent person in jail. Patent law, tax law, and corporate law are mind-numbingly boring. That said, if I am ever accused of a crime, I want the best lawyer possible defending me.