tl;dr: Most U.S. citizens have a much faster Internet connection than the richest man in the world 25 years ago...

In many respects, thanks to scientists and technologists*, we live better than the kings and queens of bygone centuries, or even the wealthy of a few decades ago. This is one such story, about the Internet connection of the world’s wealthiest man.

In the 1990s, I worked for ADC Kentrox, whose primary business was designing, manufacturing, and selling high-speed Internet access equipment for the enterprise market (businesses and institutions). At that time if consumers were able to access the Internet from their homes, it was typically through an analog modem running at well below 64 Kbps (Kilobits per second), which was the speed of a single digitized voice channel in the telephone network. An enterprise, such as a business with a few hundred employees like ADC Kentrox, might access the Internet through a T-1 circuit, which ran at 1.544 Mbps (Megabits per second) and could carry 24 digitized voice channels. ADC Kentrox’s first Internet connectivity was over a T-1 circuit. Often the enterprise would use some of the T-1’s 24 channels for voice calls and the rest for data, so the Internet access was at speeds below 1.544 Mbps. 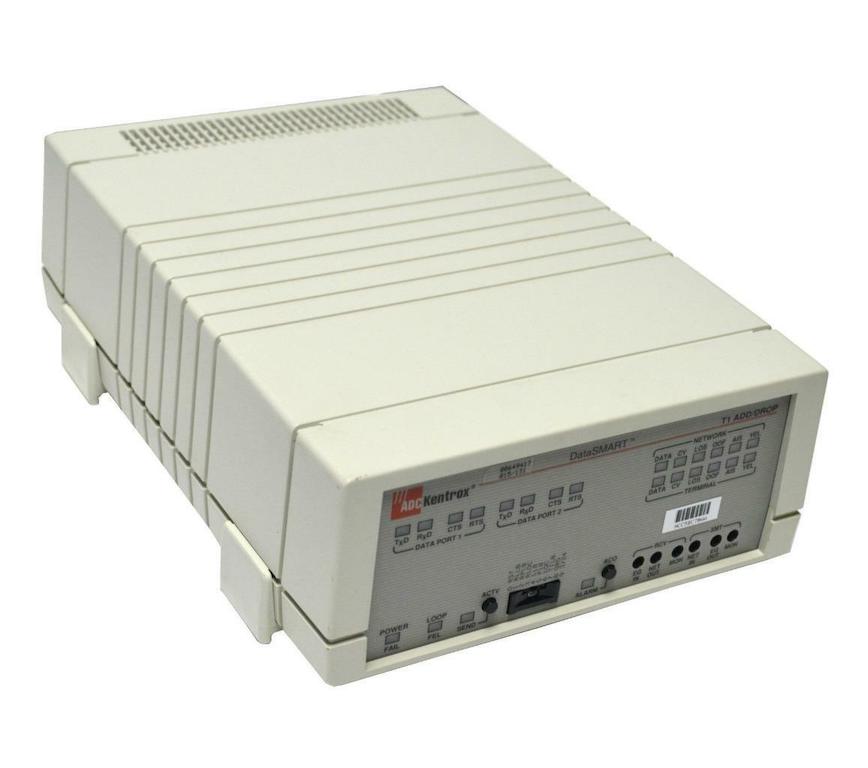 Before the Internet became a mass-market consumer phenomenon, thanks to the rise of the World Wide Web, it was used primarily by universities, scientific research institutes, and technology businesses. ADC Kentrox, because we were in the Internet equipment business, was on the Internet in the pre-Web days. At some point so was Microsoft, the Redmond, Washington-based software company three hours drive north of Kentrox. Microsoft happened to choose ADC Kentrox Internet access equipment. I recall that they had a T-3 (45 Mbps) leased line to connect the thousands of employees on their Redmond campus to the Internet.

Also in that general timeframe Microsoft cofounder, CEO, and largest shareholder Bill Gates was on his way to becoming the world’s wealthiest man, a title he held for years. He built himself a huge mansion on the shores of Lake Washington that was a technological marvel for its time. He wanted high-speed Internet connectivity for his home, and he could afford it, so he leased a T-1 circuit that ran back to the Microsoft campus, which was connected to the Internet. On both ends of that T-1 circuit was an ADC Kentrox DataSMART Data Service Unit. After we engineers at Kentrox had fixed the DataSMART’s software issues by using lint, the product became a top-seller for the company, and Microsoft adopted it.

In ADC Kentrox sales presentations we used a picture of the DataSMART on Microsoft’s corporate campus that terminated Bill Gates’s T-1 Internet circuit. The DataSMART was labeled as being Bill Gates’s Internet connection so that Microsoft technicians could troubleshoot any issues that arose. The basic pitch was that if the DataSMART was good enough for Bill Gates and Microsoft, it was good enough for your enterprise. I used to tease the ADC Kentrox sales team because, when I asked them what price they had charged for the DataSMART, I was told that Gates got the standard corporate discount that we gave Microsoft and other customers. No one actually paid full list price for their ADC Kentrox equipment, not even one of the world’s richest men.

Today a 1.544 Mbps Internet circuit is considered woefully slow, and doesn’t come close to qualifying as broadband Internet access. The speed threshold of broadband keeps increasing over time. Today I have 150 Mbps Internet access, which costs me less than $100/month. So, at peak speeds, I have around 100 times the speed that Bill Gates had in the mid-1990s, at probably less than one tenth the cost. It just goes to show you the power of technology to improve aspects of people’s lives so that, in some ways, the commoners of today can live better than the wealthiest folks of prior days.