Book review: The Rise of America: Remaking the World Order, by Marin Katusa

tl;dr: An attempt to build the bull case for the United States that unfortunately relies too much on Modern Monetary Theory...

Marin Katusa is a successful mining investor who also runs an investment service. His latest book, The Rise of America: Remaking the World Order, is more than a stand-alone volume of his latest wisdom: it is also an entrée into his investment service. The end of the book features a QR code for a “forbidden chapter”, which requires you to provide an email address. Once you do so, you’ll receive a series of emails offering more short articles and a deal for you to sign up for Katusa’s investment service at a discount. You can unsubscribe, of course, so there is no harm done: just be aware that Katusa is hoping you’ll be so enchanted by his book and emails that you’ll become a client.

I wasn’t, alas, although if I had more money to risk I might consider it. In The Rise of America Katusa attempts to build an optimistic case for the future of the United States and its role as a superpower, as well as the continued strength of the U.S. dollar (USD). He’s right that the U.S. has many advantages due to its geography, including abundant energy supplies, although that does not mean that our politicians can’t fumble them away. Venezuela, to cite one example, is sitting on oil reserves that they now struggle to get out of the ground due to their political situation.

Katusa believes, as do I, that entrepreneurship is one of the U.S.’s greatest strengths, and has done far more to raise living standards than our politicians have. Katusa also correctly points out that technology is deflationary, which raises living standards by reducing the prices people pay for the products and services they desire. Katusa is a strong believer in American exceptionalism; certainly anyone betting against the U.S. has had a bad run for more than two centuries. 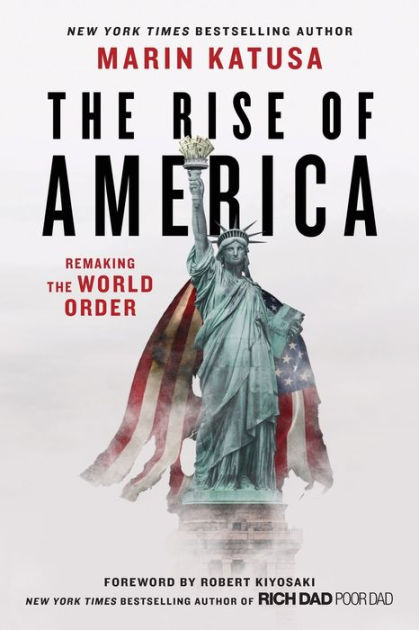 Yet Katusa also points out some problems that detract from his main thesis. He calls U.S. dollars “digits”, since the dollar has lost its original meaning of being a certain weight of gold or silver. Now, as Katusa and others quoted in the book point out, dollars are just digits entered into a computer at the Federal Reserve.

This leads Katusa to tout Modern Monetary Theory (MMT) and to exaggerate its benefits while ignoring its primary downfall: inflation, as I mentioned in my review of Stephanie Kelton’s book The Deficit Myth in 2020. Katusa seems to confuse the impact of money created to fund past government deficits and spending (this monetary inflation has already happened) with the impact of all future money that will be created to backstop shortfalls in “pension funds, Social Security, Fannie Mae, Freddie Mac, and Medicare.” That future monetary creation will lead to future price inflation. Katusa thinks that MMT will govern the U.S.’s political economy for years to come, and will lead to a boom in infrastructure investment, including funding the Green New Deal: “I think MMT will rule the roost for many years, most likely decades, and the USD will remain strong for longer than anyone else suspects.”

The Rise of America was written before consumer price inflation became apparent to most, although I predicted it in May of 2020. What would Katusa say now, with the Consumer Price Index above 7%? If inflation above the Federal Reserve’s 2% target persists for the decade of the 2020s, as I believe it will, MMT may turn out to be just a flash in the pan: a theory that was used to justify the huge spending in response to the COVID-19 endemic, but which then caused problems for which MMT does not have good answers. This statement by Katusa may seem foolish in retrospect: “MMT will be the most daring experiment in money creation in all of human history and, if done properly, has the potential to fund the Rise of America.”

Katusa does believe in a bipolar world, with the U.S. leading the Western allies and offering them the benefits of access to the Federal Reserve system through currency swap lines, leading to continued demand for the U.S. dollar. Countries which stand against the United States, such as Russia and China, are locked out of this system and must create their own alternative. This appears to be playing out now in real time, so there are strong reasons to believe the U.S. will continue to lead the West. But a large percentage of the world’s population will not be part of the U.S.-led system.

The Rise of America appears to have been transcribed from Katusa’s spoken words, some of which have been captured incorrectly, such as the phrase “to reduce and eventually illuminate the United States’ dependency SWIFT system” instead of “to reduce and eventually eliminate”. My bigger reason, however, for not recommending Katusa’s book is that I don’t think he’s correct on his views on inflation and MMT.