The dangers of the FCC’s TitleII Internet power grab

tl;dr: Unconstrained FCC control of the Internet is not a good idea...

In this post I’m not going to discuss the technical aspects of net neutrality, for example whether fast lanes are a good idea or not. Instead I’m focusing on the dangers of the way that net neutrality has been implemented in the United States. 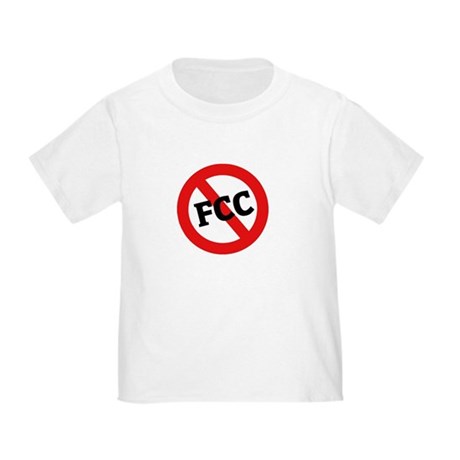 Instead, then President Obama told the FCC to put in place strong net neutrality by declaring the Internet to fall within TitleII of the Communications Act of 1934, and then crafting net neutrality regulations that the FCC would enforce. It shouldn’t be a surprise, given when the Act was passed, that it doesn’t mention the Internet at all. It says nothing about throttling, nothing about prohibiting fast lanes, etc. To come up with Internet-specific regulations the FCC used a legal concept called “forbearance”, which basically means they get to pick and choose which aspects of TitleII they are going to enforce for now, and also dream up new prohibitions. In other words, the FCC woke up one day, gave themselves control of the Internet, and then decided how they would run it. All it took was a 3-2 party-line vote.

The big problem with this situation is the unbridled power that TitleII gives the FCC over the Internet. The FCC, perhaps directed by the President or perhaps acting alone, gets to decide what to do with all those powers. TitleII basically means the FCC runs the Internet. It gives the FCC enough power over the ISPs to force them to do almost anything the FCC wants. Yes, the FCC has to comply with the regulations they create, but if they want to grant themselves more of the powers spelled out in TitleII, all they need to do is “forbear” some more and ram through another 3-2 vote.

The number one lever the FCC has because of TitleII is rate regulation, imlemented through state and local utility commissions. To get the ISPs to do what they want, all they have to do is threaten to forbear from rate regulation. While ISP bashing has become a national sport, ask yourself: do you want the government setting the price of your company’s products? For those who work in academia, would you be happy if the government set the price of tuition? Hint: it would probably be lower than it currently is. There’s an economic system where the government sets the price for everything, and that system does not have a track record of success.

Don’t think the FCC would ever use its price setting powers? It already has some price setting powers and uses them on occasion. Here I explained what happened when the FCC set the retail price of one of my employer’s product at $0, the favorite price of government bureaucrats (what could be better for consumers than free?). It ultimately did not end well for the employees who worked on my company’s production line.

Are you concerned about ISPs selling your browsing history (or, more accurately, the destination IP addresses that you visited)? How would you feel about the government leaning on the ISPs to collect this information under the guise of law enforcement? Think this can’t happen? It happens all the time with Call Detail Records in the traditional PSTN voice network, which the government also effectively runs via TitleII.

Are you concerned about ISPs blocking web sites and/or censoring the Web? Governments around the world block far more of the Internet than do ISPs. Just look at the Great Firewall of China, or the U.K.’s efforts to block pornography. It is naive to think that can’t happen here in the United States.

There is already pressure on the U.S. government to start blocking the Web and Internet. Maybe you agree that white supremacist websites should be blocked from the Internet, and cheered when Cloudflare CEO Matthew Prince kicked the Daily Stormer off his company’s service, thereby exposing the site to DDoS attacks which effectively shut it down. But Prince himself called this “vigilante justice” and mentioned the need for “a clear framework as a guide for content regulation”, specifically calling on “law enforcement, legislators, and courts...to make decisions on what content should be restricted”. In a TitleII controlled Internet, that means the FCC. Some people want to block white supremacist sites, others want to block sex trafficking and pornography sites. Today that might mean the Daily Stormer and Backpage, but who can say where the FCC’s blocking will end? Maybe Kim Kardashian will no longer be allowed to break the Internet...

Or maybe the government decides to license websites if and only if they agree to uphold certain “community standards” or a “code of conduct”. Don’t think the FCC would ever do this? It’s exactly what the FCC does for broadcast television and radio - just recall the $550,000 fine the FCC levied on CBS for Janet Jackson’s Super Bowl wardrobe malfunction, or George Carlin’s Seven Words You Can’t Say on TV. Still think the FCC will never apply community standards to the Internet, no matter who is president and who gets appointed as an FCC Commissioner? There’s nothing to stop them, unless and until Congress and the President act in concert to constrain the powers TitleII grants the FCC.

People who don’t support our current President should be thrilled that Trump’s FCC is willing to give up its control over the Internet. If the FCC is forced to keep those powers, some real damage to the “free and open” Internet can be done in the years ahead.