Death by property taxes in Illinois

tl;dr: How high property tax rates are hurting Illinois and its residents...

Note: in this article I use the term “State” to collectively refer to all the non-federal government bodies in the State of Illinois, of which there are thousands, many of them with tax collection powers.

Most people from other states, including supposedly high-tax California, are shocked at what I was paying in Illinois. I don’t have to guess at my market value, as I sold my house and by definition got market value. My final annual property tax rate was 2.4%.

If you’re not shocked yet, let’s expand the timescale and fast forward to retirement, and assume a traditional retirement with zero earned income (i.e. no job) and just living off savings and Social Security. After ten years of this, checks totaling nearly 25% of the value of the house will have been written to the State. Effectively the State has received 25% of the equity of the house, if a reverse mortgage is used to pay the taxes.

After twenty years the State has 50% of the equity of the house. After thirty years it’s 75%, and that’s about where the reverse mortgage runs out, since one cannot pull out 100% of the equity. Effectively the house (its value) will have been transferred to the State after a little more than thirty years. If property tax rates increase, as they have been doing, the end happens sooner. Options to avoid this are: die before the end arrives (hence the title of this post); use other savings to stay in the house; or (more typically) sell and move into some place less expensive. This is one of several reasons why Illinois finishes near or at the bottom of most surveys of the best retirement states, and why so many Illinois residents flee to Florida and other states for retirement. Admittedly the weather might have something to do with it, too 😉.

I do plan to live a long time, as my maternal grandparents made it to their mid-90s. I had always envisioned using some of the equity in my house for actual living expenses, not handing over the entire value of my house in retirement to the State. So it was clear that I had to sell, and the sooner the better.

My house was a significant portion of my overall savings. The situation in Illinois is even more dire for others whose home represents the largest portion or all of their net worth. These people really can’t afford to hand their homes over to the State in retirement. 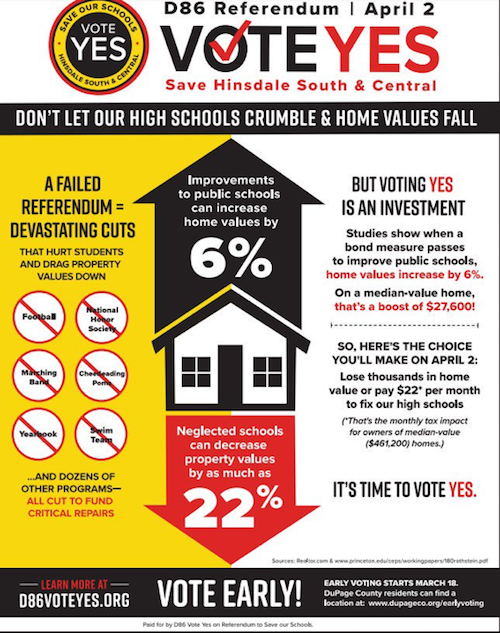 The tax situation in Illinois is only going to get worse. It has to, in order to pay the massive unfunded pension obligations that by most measures total $130 Billion and climbing, in a state with roughly 12.7 million residents and falling (that’s over $10,000 per capita). The income tax rate when I moved to Illinois in 2005 was only 3%, which is why I used to jokingly call Illinois a “light blue” state. It is currently almost 5%, and the new governor is proposing a new graduated tax scale with a top bracket of 8%. Calculations show that this is still far short of what is needed, and it will no doubt be raised in the years ahead.

Illinois just concluded a multi-year battle between two fundamentally opposed clauses in the state constitution: a clause dictating a flat tax rate, and a clause dictating that pension benefits to public workers can never be reduced. Representing those two clauses, respectively, were the previous governor, Bruce Rauner, and Democratic Party Chairman Boss Madigan. They engaged in a standoff that finally ended with an income tax increase and the defeat of Rauner at the polls. The battle is over, and there is nothing left to do now other than raise taxes higher. The math dictates it, to pay the pensions.

The tax increases are mostly going to pay pensions. There are signs that services are eroding. To cite just one: the wealthiest suburb west of Chicago, Hinsdale, almost cancelled its football, cheerleading, and marching band programs. The Hinsdale school board threatened to do that if voters had rejected the property tax increase measure that had failed twice before. This battle was a shock to me; it’s nearly the same as Beverly Hills high school having trouble affording a swim team.

I know what Rust Belt decline looks like, as I grew up in a suburb of Schenectady, New York (yes, I kid you not: Schenectady does have suburbs). Schenectady has been losing population since 1930. Illinois has been losing population for five years, so it’s still early in the process. But it is very hard to find examples of cities or states being able to reverse a major population decline once it starts. One reason is that it becomes a vicious cycle: people leave, taxes have to be raised on the people who are left, which causes more people to leave, which causes more tax hikes, etc.

By selling my property I ensured that Illinois property taxes wouldn’t kill me. But they are killing Illinois.