tl;dr: All the ways that you are likely to lose money on your primary home...

As I said in my selling Illinois at a loss blog post, I never viewed the house I lived in as an investment. It may be sacrilege to say this because it runs counter to the “American Dream” of home ownership, but if you properly account for all the costs associated with home ownership, you are almost certainly going to lose money on the home that you live in. Here are all the ways those losses accrue:

This one gets all the attention, and everyone buying a home hopes they will be as lucky as the people who bought small bungalows in Palo Alto, California in the 1970s for $50,000 which are now worth a few million dollars. Yet as the nationwide housing crash of 2008 should have taught us, house prices do not monotonically increase every year in all areas of the country. Housing bubbles are only obvious in retrospect, and there’s a chance that the price you pay may be higher than the price you sell at years in the future. Barring a major devaluation in the dollar, even those $2 million Palo Alto bungalows of today are unlikely to undergo a second forty-times increase in value over the decades ahead and someday sell for $80 million, because that price would be way out-of-line with the rest of the country.

The return on that Palo Alto bungalow is not as great in reality as it may seem: $50,000 in the 1970s was worth a lot more than $50,000 today, due to inflation. Almost every year the U.S. dollar loses some value. In order to produce a net positive real return, an investment must have a higher rate of appreciation than inflation.

Property taxes are more of a problem in Illinois than most places in the U.S.: towards the end of the time I owned my house in Naperville, I had to write a check for 2.4% of its value every year to the county assessor. These property taxes supported a top-notch school system, libraries, community college, parks, and city services (including snow removal), and my family and I certainly took advantage of those services. However, if you want to look at real estate as an investment and compute a rate of return, property taxes can be a very high cost: the house needs to appreciate faster than inflation plus property taxes (plus the other costs below) in order to have a positive return. Real estate is in its own unique category: other investments aren’t subject to an annual tax on their current value.

Unless you can pay cash for the entire purchase price of your home, you’ll pay interest every month to a bank. That interest becomes profit for the bank and a loss for you. Carrying a mortgage does provide leverage and allows you to get a greater percentage return on your principal if the house appreciates, but it also exposes you to greater percentage losses if the house goes down in value. As we saw in 2008, many homeowners ended up with mortgage balances that exceeded the market values of their houses, which caused huge problems for them and the economy. 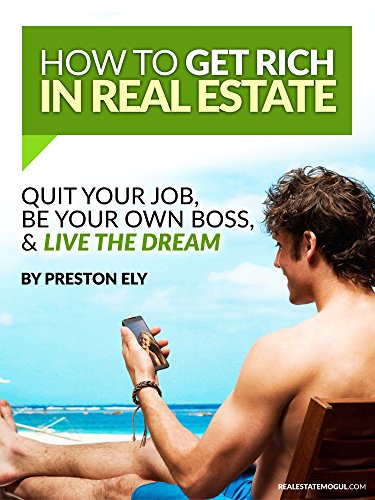 If you have a mortgage, you’ll be forced to pay for a home insurance policy, and even if you don’t, it’s probably a good idea. Those insurance payments are another cost that needs to be factored in when computing the return; other investments do not have insurance costs.

Thanks to entropy and other causes, things break and need to be fixed, as every homeowner knows. All the costs of fixing and replacing items such as appliances, windows, the roof, the driveway, toilets, sump pumps, etc. need to be added to the overall cost of the house when computing the return. Even the cost of items such as yard maintenance, insect spraying, and snow removal need to be factored in; again, other investments do not have these costs.

If you make a major improvement to your house, you are highly unlikely to get all of that money back when you later sell the house: in fact, you may get none of it back. My Naperville house originally had a completely bare concrete basement which my wife and I finished off and that our family enjoyed for years. That enjoyment was the only return on the money spent. Even I was a bit shocked when the real estate agent selling my home showed me concrete numbers from numerous recent sales proving that a finished versus an unfinished basement, in our particular market, made absolutely no difference in the sale price of the home. You might expect a finished basement to add at least some value, but evidently every buyer in our market has their own idea of the way they want a finished basement to look, so they completely discount a finished basement.

This is the most overlooked cost when computing the return on real estate. Instead of buying a house, which has all the costs I’ve described so far, you can take that same money and invest it in something else. If you want a near zero-risk return you can buy T-bills or Certificates of Deposit, and you will get a nearly guaranteed return. If you’re willing to take on more risk, there are higher return investments you can make with that money. You’ll still need to spend some money on a place to live, but there are plenty of other investments that are likely to give you a higher return, once all costs are factored in, than the house in which you live.

Also overlooked is the value of the time the homeowners spend maintaining and fixing the house, even down to items such as cutting the grass or shoveling the sidewalk. One way to start paying attention to these costs, if you want to think of your home as an investment, is to realize that other investments do not require you to spend your own time on them.

For all these reasons the home in which you live, when you do a proper, full accounting of all the costs, is unlikely to be a net positive investment. When viewed as an investment, it also suffers from another huge problem: risk due to lack of diversification. I’m a big believer in diversification: I would never put all my stock market money into a single company’s stock. Yet when you view your house as an investment, you’re not investing in the real estate market as a whole or a portfolio of properties: you are investing in one single property in one fixed location in one municipality in one state. If your home is a significant fraction of your net worth, that is an awful lot of money to be tying up in a single asset. Maybe you’ll buy into the next Palo Alto; but maybe you’ll buy into the next Detroit.