tl;dr: The good times continued, for a while...

Part One: Starting a startup

We started working in George’s finished, walk-in basement, not the stereotypical garage. As CTO George was the product visionary and the primary person pitching the product to the customer base: the public carriers. Andrew was the Principal Architect and highly focused on the technical aspects of the product. My primary role was VP Engineering, which meant I participated in technology decisions and bore most of the responsibility for recruiting, hiring, and organizing the developers who would do the detailed design and testing.

Given my business school background, I was also Chairman of the Board and Secretary (note to self: never again be the secretary of a board). I handled most of the detailed business negotiations and legal agreements, especially with the venture capitalists (VCs). The VCs had made it clear up front that they did not consider any of the three founders to be long-term CEO material, especially considering that we all wanted someday to have an Initial Public Offering (IPO). None of the founders had run a public company. The plan was to bring in a public-company-caliber CEO at the appropriate time.

We named the product the “ISIS-700”. Like the company’s name of “Oresis”, the product name had several meanings including one from Egyptian mythology: the goddess Isis was the wife of Osiris. “ISIS” also stood for “Integrated Services Internetworking Switch”, which accurately summed up what the product did: it switched data, voice, and video, and did the necessary control-plane work and protocol conversions to allow the switch to be connected to various legacy networks as well as Internet core networks. “700” was chosen simply because “7” is a lucky number, and it was a slightly bigger number than the one used in the name of one of the successful products we hoped to leapfrog: the CBX-500 from Cascade Communications. Today, of course, you would never name a product “ISIS”, but this was before 9/11 and well before “ISIS” took on a very different meaning. 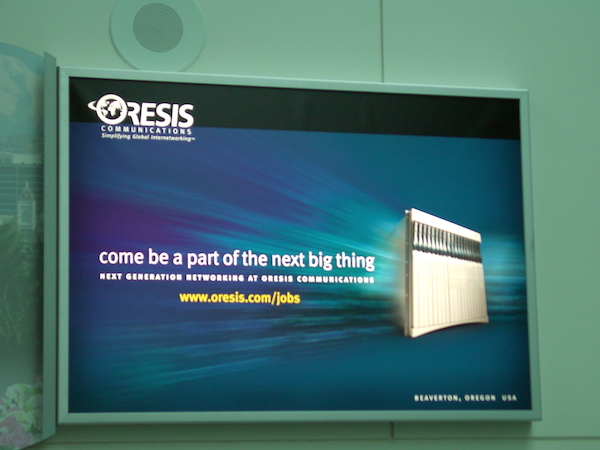 Once we had closed the first non-seed $9 million round of financing, we left George’s basement for a small space in a Beaverton high tech office park. This was perhaps the most fun phase of the entire company for me. We were able to bring in other key people that we had worked with at ADC Kentrox. We were still small enough that almost everyone was in one room: we could hold all-company meetings simply by wheeling our chairs around. But due to the scale of the initial product that we had chosen, it was clear that we would need to continue hiring more engineers and other personnel.

I had correctly surmised ADC’s plans for the Kentrox division: given their downsizing plans, they didn’t complain at all when Oresis started hiring Kentrox personnel. Eventually ADC sent a cease and desist letter after the seventeenth or so person, even though we were not competing with ADC Kentrox. Ever since Lincoln freed the slaves in 1863 I haven't paid too much attention to these types of letters. It did, however, illustrate one of the challenges of doing a VC-backed startup outside the traditional hotbeds of Silicon Valley (where non-compete agreements have no legal weight) and Boston: many people simply don’t know how the VC business model works.

I found myself having to explain the concept of stock options, vesting schedules, and exercise prices to nearly every person that we hired. One of the reasons I had wanted to do a startup was to have these benefits myself and to spread them around to all the other employees. Since most Oregon employers did not offer stock options to the rank-and-file, I shouldn’t have been too surprised when people didn’t know how options worked.

In Silicon Valley it is easier to find lawyers who know how to structure contracts with VCs, and landlords who will rent office space to fledgling companies without making them sign a 10-year lease, and employees who understand that they may want to trade some cash compensation for stock options. But the biggest difference is the executive talent pool that exists in Silicon Valley to help companies scale up to go public and, perhaps, become multi-billion dollar market cap companies like Apple, Cisco, Google, and Facebook. The high tech executive talent pool in the Silicon Forest is much shallower. It is also hard to convince talented folks to move to Oregon to join a company that has fewer than 18 months of funding in the bank. 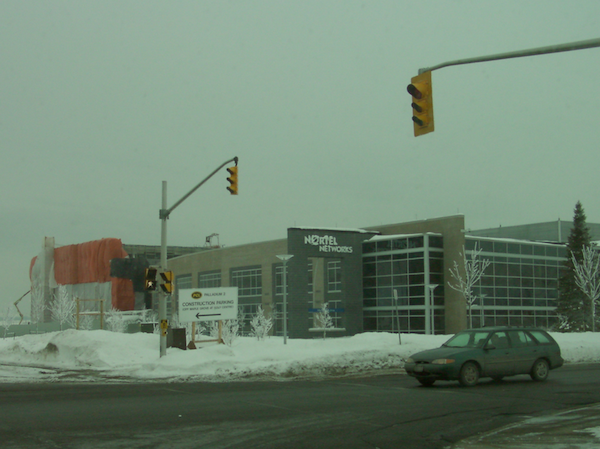 Things were humming along: we were developing the initial prototypes of the ISIS-700, potential customers were interested, and the VCs were reasonably pleased with our progress. It was clear that we would need more money, so we embarked upon a third round of fundraising. Coincident with that, the VCs wanted us to bring in a full-time CEO. We ended up hiring an executive from Intel’s nearby Oregon operations, Ali Sarabi, who joined us upon closing the third round of funding, which totaled $25 million. At this point I was feeling pretty proud of having started a company from absolute zero which had raised a total of $35 million, with most of it still in the bank. It would be up to the new CEO to take the company to the next level.

We moved into a new, larger space in the same office park and continued building the product and the company. The dotcom/Internet/telecom bubble had not yet shown any signs of bursting.