The safest way to bike across the country

tl;dr: It’s better to keep up with traffic than to rely upon traffic to pass you...

When a college buddy and I were contemplating how best to spend the summer after graduation touring the country, we were faced with this question: what is the best and safest way to bike across the country?

We had already eliminated touring the country by automobile. The difference between riding in an enclosed automobile and being on an open-air bike is akin to the difference between watching something on television and doing that something yourself. When you sit in the front seat of an automobile, you settle into a comfortable chair and watch the world through the large display screen of the windshield. That wasn’t the experience we wanted: the choice for our cross-country trip was between bicycles and motorcycles.

Usually the way that people bicycle across the country is to fly to the west coast and bicycle to the east coast, so that the prevailing west-to-east winds are more often at one’s back. The shortest cross-country route is around 2,500 miles, but we wanted to see more of the country than just a direct, linear route through one slice of the continent. A more meandering route, to visit more national parks, might take the mileage up to between 4,000 and 5,000 miles. For a three-month trip, roughly 100 days, that would require averaging around 50 miles per day on the bicycles. We felt this was doable. In the years since we did our ride, 1986, there have been initiatives in various states to construct dedicated bike-only paths that cover considerable distances, but at the time, we would have had to spend the vast majority of those miles riding on the shoulders of rural highways and roads.

Doing the trip on motorcycles would allow us to up the mileage considerably, and visit more states, Canadian provinces, and national parks. Having both been raised in the northeast part of the country, and having never really toured the entire country before, the additional ground that we could cover on motorcycles was enticing to me and my buddy. Seeing the country was the primary purpose of the trip, after all. But that wasn’t the only reason we chose to do the trip on motorcycles: we also felt it would be safer. 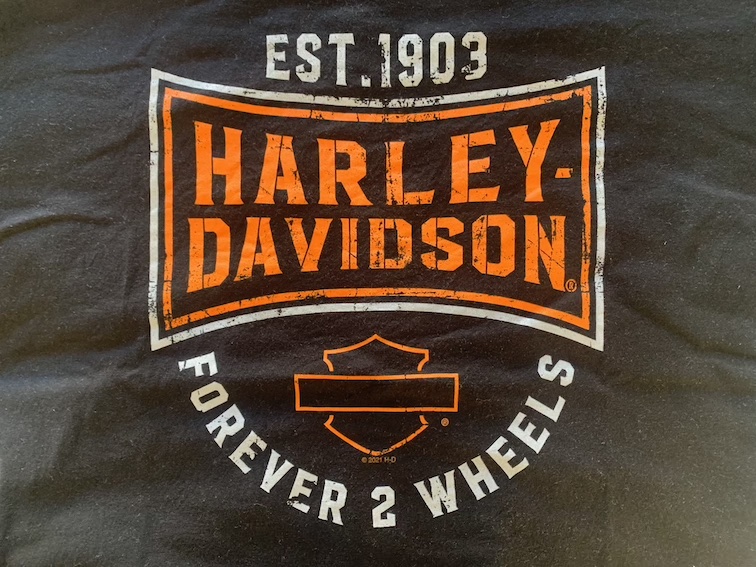 FOREVER 2 WHEELS: but what should be the power source for those wheels on a cross-country trip?

The biggest danger to both bicycles and motorcycles is other drivers in much larger vehicles, both automobiles and trucks. If you’re on a bicycle or motorcycle, and there is a collision with an automobile or a truck, you’re almost certainly going to be the loser, no matter who was technically at fault. Collision avoidance over the course of the entire journey is the primary factor affecting overall safety.

The problem with bicycles is that they cannot keep up with traffic on most roads, and hence the bicyclist has to rely upon drivers of large vehicles to pass safely. Occasionally there is a dedicated bike lane, but (at least in 1986 on a cross-country journey) the bicyclist almost always has to ride on the road’s shoulder, which may at times disappear or contain so much debris that the bicyclist is forced into the rightmost lane of traffic. Traffic approaches mostly unseen from the rear, even with a rearview mirror: it is hard to distinguish a dangerous passing attempt and maneuver away from it.

We did a rough order-of-magnitude calculation to quantify the risk. We planned to be on the road for roughly 100 days. We thought that, if we stuck to rural back roads, we would be lucky if as few as 100 vehicles per day passed us. 100 vehicles per day is just 20 vehicles per hour, if we rode for five hours a day, or a vehicle passing every 3 minutes. If we managed to find these lightly traveled roads, and 100 vehicles per day passed us over 100 days, that would be 10,000 vehicles that would come close to us and hopefully not hit us. The actual distribution of vehicular distance while passing us would follow some sort of curve, with a peak around four feet or so. Some vehicles would pass closer to us, for whatever reason: a particularly narrow road, oncoming traffic, or driver inattentiveness or impairment. In thinking about that distribution curve, we decided that the odds of 10,000 vehicles coming close to us but not hitting us was too low: there was likely to be an outlier among the 10,000 vehicles that would hit us.

We chose to do the trip on motorcycles, which have the major advantage of being able to keep up with traffic. We had a successful, safe summer. We ended up visiting 34 states plus two Canadian provinces, and covering 14,500 miles. We visited many of the sites we had on our wish list of places to see. The biggest miss was Grand Canyon, which we hiked a few years later. I think we made the right choice. Unless and until a considerable distance of the journey can be covered on dedicated bike paths or lanes, I still think motorcycles are the safest choice for riding across the U.S.A.

Years later, I worked with an engineer who enjoyed touring by bicycle. He once took a trip to Europe for a two-week bicycle tour. His return ended up being delayed by a month as he recovered in the hospital from an accident caused when a truck hit him while passing on a narrow road.

I have ridden a bicycle across a single state, Rhode Island, but that is a story for another day.

An aside about scooters: a small-engine scooter is in some ways the worst of both worlds: it often can’t keep up with traffic, yet it has to ride with traffic. I think they are only practical in the grid street systems of dense cities, where traffic speeds, both legal and actual, are low. One sees lots of scooters in Asian cities such as Taipei, where they can weave in between stopped cars to get to the front of a line of cars waiting for a stop light to turn green. The small wheels of scooters also make them a bit unstable. If a scooter had bigger wheels and a more powerful engine, it would be a motorcycle.

Related post: A bad omen for a risky journey